Hitachi to suspend all work on UK nuclear plant 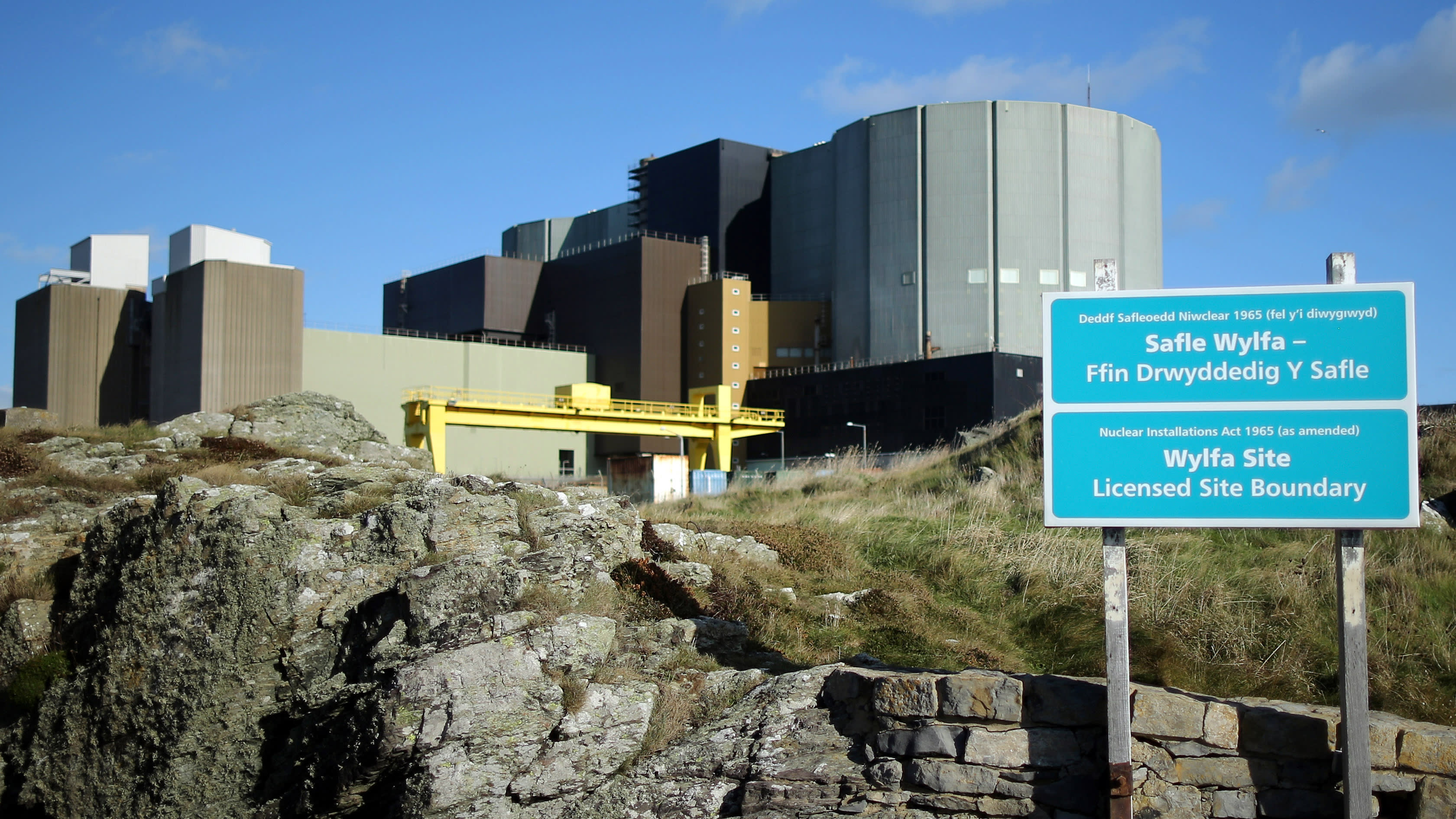 Hitachi's board is expected to suspend all work on new nuclear reactors on the Welsh island of Anglesey, where this Wylfa power station is located. (Getty Images)

TOKYO -- Hitachi plans to put a U.K. nuclear power project on hold as negotiations with the British government over funding hit an impasse, all but closing the book on Tokyo's vision for nuclear infrastructure exports.

The Japanese industrial conglomerate's board is expected to officially decide next week to suspend all work on the plant, including design and preparations for construction. Hitachi will freeze the roughly 300 billion yen ($2.77 billion) in assets held by its British nuclear business and write down their value, likely booking a loss of 200 billion yen to 300 billion yen for the fiscal year ending in March.

The move would bring to a halt Japan's last active overseas nuclear project after the news last month that a Japanese-led consortium including Mitsubishi Heavy Industries was scrapping a project in Turkey. With the aversion to nuclear power that took hold after the March 2011 Fukushima Daiichi disaster showing little sign of abating, prospects look grim for a sector that the Japanese government had positioned as a pillar of its infrastructure export drive.

Hitachi had taken on the planned construction of two reactors on the Welsh island of Anglesey after acquiring U.K.-based Horizon Nuclear Power in 2012.

After Hitachi Chairman Hiroaki Nakanishi discussed the project with British Prime Minister Theresa May last spring, London agreed to arrange more than 2 trillion yen in financing for the project, about two-thirds of the total cost. Japanese and British public-private consortia and Hitachi would each cover a third of the remaining 900 billion yen.

But Hitachi had trouble finding corporate investors in Japan, with major utilities such as Tokyo Electric Power Co. Holdings and Chubu Electric Power proving reluctant to participate. The conglomerate asked London late last year for additional financing, but negotiations have made no headway, and mounting opposition to May's government within parliament over Brexit has raised questions about the future of U.K. nuclear policy. Hitachi set conditions on continuing its participation in the nuclear project in order to reduce its exposure to risk. It seeks to unload enough of its stake in wholly owned Horizon to take the company off its consolidated books, and it wants a guaranteed electricity price to ensure a steady stream of income once the plant goes online. But the odds of these requirements being met now look dim, which factored into the decision to halt the project.

The suspension will spare Hitachi from shelling out 3 billion yen to 4 billion yen a month on the plant.

The company is leaving the door open to a return. The project is "not being abandoned," a source close to Hitachi told Nikkei, suggesting the company would keep an eye on the situation and resume the project if possible.

While negotiations with London are apparently set to continue, reworking the project to the extent Hitachi requires will be no easy task. As things stand now, it appears likely that the company will ultimately be forced to bow out.