Hyundai Heavy deal to be No.1 shipbuilder faces EU roadblock 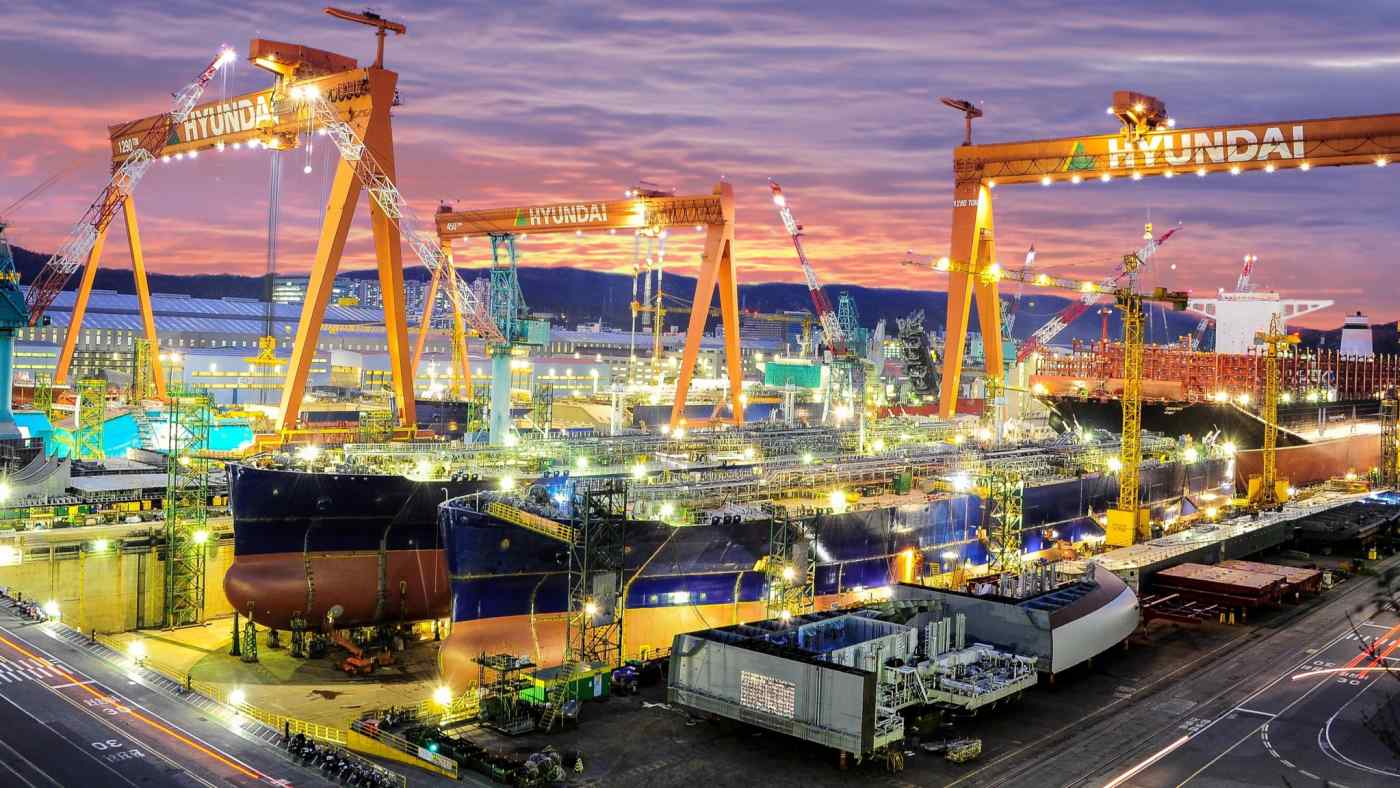 Hyundai Heavy has received the greenlight for the takeover from China and Singapore, but not so far from the EU, Japan and South Korea. (Photo courtesy of Hyundai Heavy Industries)
KOTARO HOSOKAWA, Nikkei staff writerDecember 14, 2021 07:45 JST | South Korea
CopyCopied

SEOUL -- Hyundai Heavy Industries' plan to acquire Daewoo Shipbuilding & Marine Engineering has hit a major snag, after it missed a deadline from the European Union to address antitrust concerns.

South Korea's Hyundai Heavy, the world's second-largest shipbuilder, agreed in March 2019 to acquire fourth-ranked rival Daewoo Shipbuilding, which at the time was facing a major financial crisis. The deal has been greenlighted in China and Singapore, but awaits regulatory approval in the EU, Japan and South Korea.