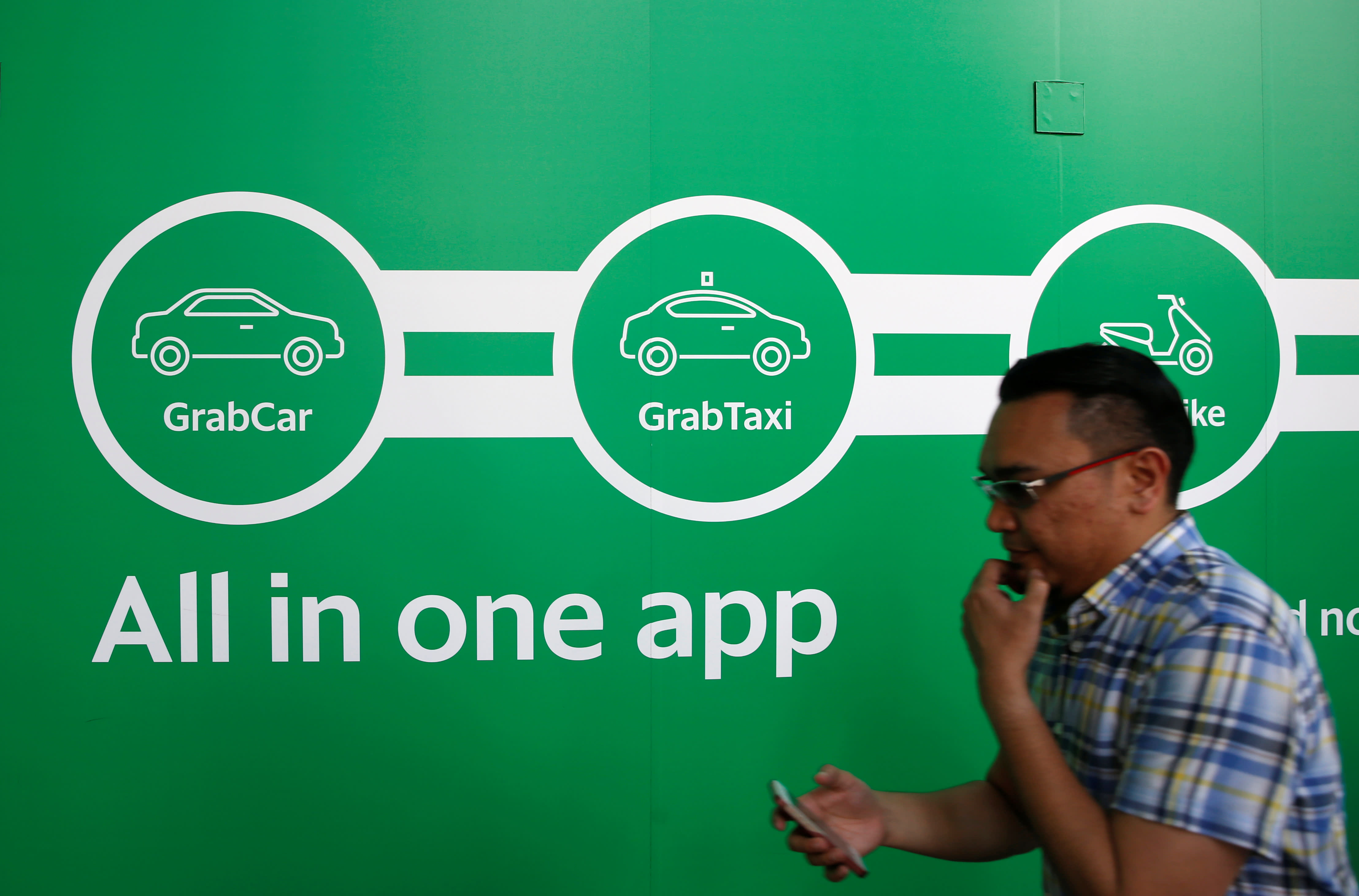 Grab is on track to raise over $3 billion by the end of the year through investments from big international companies.   © Reuters
KENTARO IWAMOTO, Nikkei staff writerNovember 7, 2018 13:31 JST | Singapore
CopyCopied

SINGAPORE -- Southeast Asia's largest ride-hailing service, Grab, on Wednesday said it will accept a total of $250 million of new investment from Hyundai Motor Group's automotive affiliates, Hyundai Motor and Kia Motors, as part of the company's current fundraising round, which it expects to reach $3 billion by the end of the year.

Hyundai will invest $175 million, while Kia will chip in $75 million. Hyundai invested $25 million in Grab in January.

The South Korean automakers will work with Grab on electric vehicles projects aimed at maximizing cost efficiencies for Grab's drivers, as well as promoting construction of charging stations. The pilot projects will start in Singapore next year.

Grab is gearing up for tougher competition with Indonesia-based rival Go-Jek and other newcomers. The company earlier said it would spend most of the money raised in the current fundraising round on its business in Indonesia, the biggest economy in the region.

For Hyundai and Kia, investing in Grab is an opportunity to grow in one of the world's most economically dynamic regions.

"As home to one of the world's fastest growing consumer hubs, Southeast Asia is a huge emerging market for EVs," said Chi Young-cho, Hyundai's chief innovation officer, in a news release. "With its unparalleled footprint across the region, and an ever-expanding base of customers and merchants, Grab is an invaluable partner that will help accelerate the adoption of electric vehicles in Southeast Asia."

According to Grab, its app has been downloaded some 125 million times, with customers taking 2.5 billion rides since the company's launch in 2012. Grab is adding other services, aiming to create an "everyday superapp" that offers everything from transport to shopping to health care.

Capitalizing on its large customer base and big data, Grab has secured funding and partnerships this year from global companies hoping to raise their profile in Southeast Asia.

Toyota Motor invested $1 billion in Grab in June to tap into the startup's ride data for its connected car businesses.

Mastercard also partnered with Grab in October, in which Grab issues a prepaid-version of Mastercard, to reach millions of unbanked consumers in the region.

Grab said it is poised to become the first tech startup in the region to exceed $1 billion in revenue this year. Grab's valuation has reached $11 billion, according to CB Insights, making it the most valuable "unicorn" in Southeast Asia.