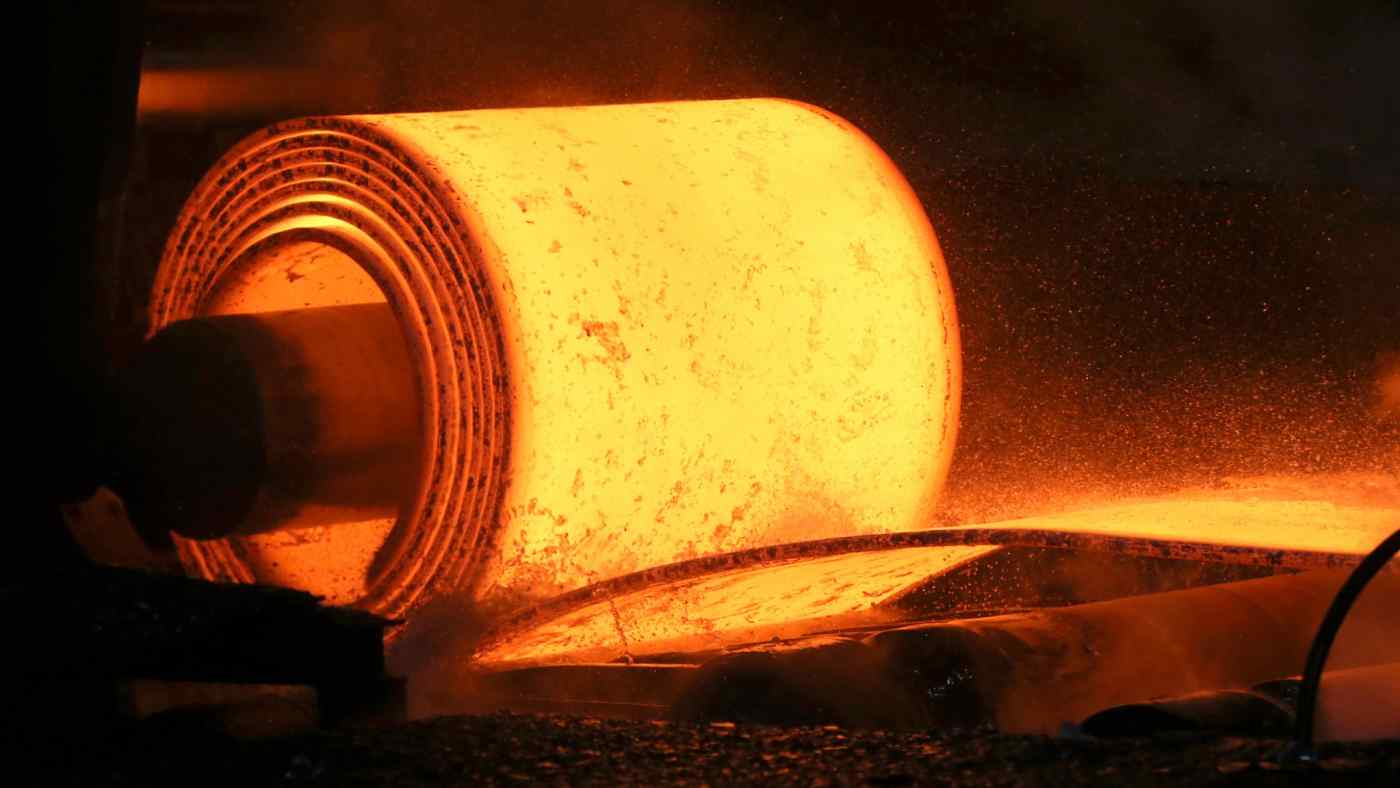 MUMBAI -- JSW Steel will spend up to $500 million to upgrade a newly acquired U.S. steel mill, expanding the Indian company's presence in the country amid trade tensions that have seen India raise tariffs on American exports.

The fresh outlays will modernize Acero Junction, located in the U.S. state of Ohio -- part of the country's so-called Rust Belt that has experienced a decades-long decline in manufacturing jobs.

The move lifts JSW's recent U.S. investments to $1 billion, after the company said in March it would devote $500 million toward additional capacity in Texas.

"It is our intention to further augment our capacity in Acero Junction over the next few years ... to take the combined capacity of JSW USA to 4 million tons per annum, which will be 100% American melted and manufactured," said Parth Jindal, director of JSW's U.S. unit.

The newly acquired electric arc furnace facility will produce hot-rolled coil and other steel for heavy industries in the U.S. such as energy, petrochemicals and defense, while also serving JSW's expansion in other markets, according to a statement.

JSW Steel, which currently possesses 18 million tons of capacity worldwide, looks to create around 1,000 jobs in the U.S. with its investments, news provider CNBC said.

The Ohio announcement comes amid New Delhi's retaliation against U.S. President Donald Trump's recent tariff hike on imported steel and aluminum products. After seeking action by the World Trade Organization against Trump's move, India imposed higher duties on American goods including farm products and steel, raising the tariffs to 30% to 60%.

New Delhi had said earlier the American tariff increase would have a $241 million impact on India. The U.S. accounts for around 3% of India's steel and aluminum exports, or around $1.5 billion annually.

U.S. Commerce Secretary Wilbur Ross met Thursday with JSW Steel officials outside Washington as they announced their plans. Ross backed the recent enactment of the Section 232 steel tariffs by the Trump administration, the Herald-Star newspaper in the Ohio city of Steubenville reported.

"The naysayers were saying it is going to wreck the economy," Ross was quoted as saying. "Well, here we are with new investment, brand-new technology and what's probably going to be the most efficient group of mills in the whole country, maybe in the whole world."

India's biggest steel export markets are Vietnam, Italy and Nepal, the International Trade Association says. Exports to Vietnam increased the most during the year ended in March 2017, soaring 3,076% in value against the previous year, followed by Malaysia, Thailand, Belgium, Italy and Spain.

JSW's American investments also come as India's steel industry undergoes a major consolidation. Much attention has surrounded Essar Steel, one of four steelmakers referred to the National Company Law Tribunal for debt resolution by the government. Essar has become the focus of competing bids from an alliance of ArcelorMittal and Japan's Nippon Steel & Sumitomo Metal as well as JSW together with a Russian-backed investor.

The four steel companies referred to debt resolution together constitute about 35% of the nonperforming assets that Indian banks are trying to shed, ratings agency Moody's Investors Service says.

Other troubled steelmakers such as Bhushan Steel, Monnet Ispat and Electrosteel Steels also have drawn interest from international players, on the expectation of high steel demand in the Indian market.