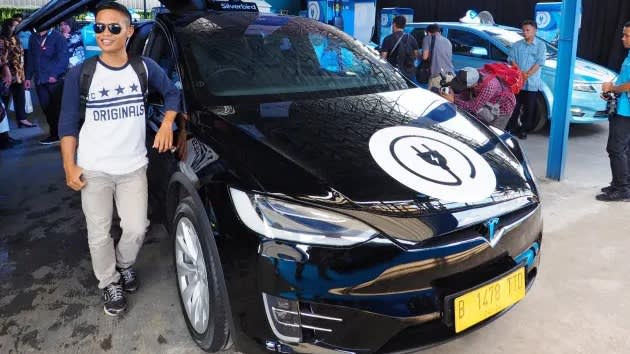 The company has installed a charging station at its headquarters here. Blue Bird, which operates a fleet of about 30,000 taxis, has spent an initial 40 billion rupiah ($2.83 million) and will steadily add more electrics.

Blue Bird's earnings have sunk as on-demand ride startups like local leader Go-Jek and Singapore-based Grab have encroached on its business. With the electric taxis, the company appears to be targeting environmentally conscious city dwellers.

The national government will soon announce tax breaks and other measures to promote the spread of electric vehicles and hybrid cars. By 2025, Indonesia aims to have electrics and hybrids account for a fifth of new-car sales.

Gasoline and diesel autos now make up almost all of the cars on Indonesia's roads. With urban congestion a persistent problem, air pollution has worsened every year.