Isuzu has been in a number of other tie-ups in the past, its most recent with U.S.-based Cummins to develop eco-friendly trucks.

Under the partnership, Volvo will transfer its UD Trucks business to Isuzu, the Japanese maker said in a press release, which offered no further details of the transaction.

According to Isuzu, the companies signed a non-binding memorandum of understanding "in order to capture the opportunities in the ongoing transformation of the industry." The companies will kick off the partnership by establishing a global technology partnership for heavy-duty trucks.

Volvo Cars is now testing autonomous driving in Europe, where it is considered one of the leaders in the technology.

Isuzu has a strong presence in Asia's small to medium-size truck market while Volvo's large trucks command a sizable market share in Europe. 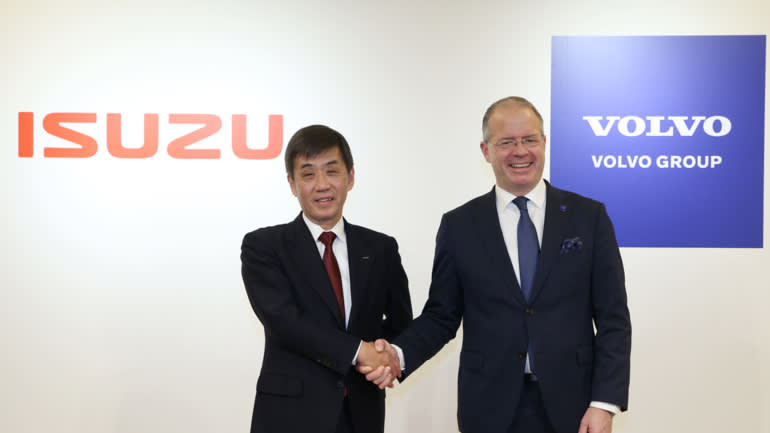 UD Trucks, formerly known as Nissan Diesel, joined the Volvo Group in 2007 and changed its name in 2010.

Isuzu has been in a number of tie-ups with other companies in the past. U.S General Motors bought a stake in Isuzu in 1971, but the two companies split up in 2006.

In the same year, Isuzu and Toyota Motor agreed to a capital tie-up but ended the alliance in 2018. After separating from Toyota, Isuzu partnered with U.S. truck engine maker Cummins to develop eco-friendly engines.