Itochu and Descente inch toward rare hostile bid in Japan 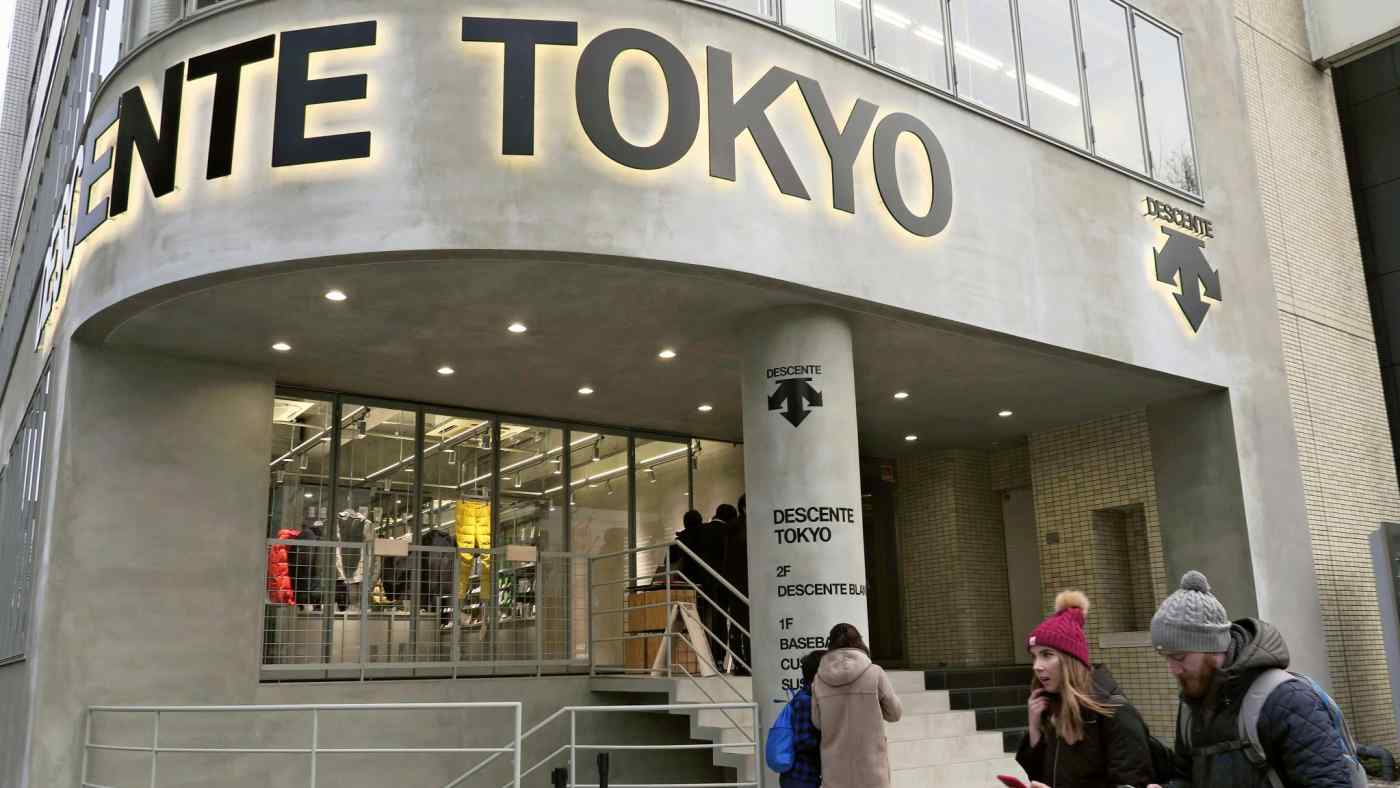 TOKYO -- Sportswear company Descente failed to formulate a response Tuesday to a tender offer by trading house Itochu, as the feuding sides appear headed for what amounts to a rare hostile takeover fight between two major Japanese corporations.

Descente held a special board meeting with the deadline for a response fast approaching, but directors reached no conclusion and tabled a decision for another day. Japanese law requires the target of a tender offer to provide an opinion within 10 business days of the initial announcement.

Itochu unveiled a 20 billion yen ($182 million) tender offer Thursday that would raise its equity in Descente to as much as 40%, giving the trading house veto power over key resolutions. Itochu already lifted its stake recently from around 25% to roughly 30%.

Descente, which received no prior notification of the offer, appears to be rebelling against the trading house's attempt to expand its influence over the affiliate. The sportswear company also reportedly approached multiple investment funds over a possible privatization of the business prior to Itochu's tender offer.

Itochu denies that the tender offer for Descente amounts to a hostile takeover.

"It is for furthering discussions, not to dominate management," a company representative said.

"We've asked them repeatedly to carry out their duties to explain matters to shareholders," Hachimura said, claiming Descente offered little in the way of a concrete response.

Itochu has raised objections over Descente's exposure to South Korea, which generates half of the sportswear company's revenue, urging the affiliate to seek revenue growth in other markets such as Japan and China. But Descente "did not demonstrate any intention to sincerely consider these issues," Itochu said in its lengthy takeover announcement.

Ties between the two companies date to the 1960s, but cracks began to emerge in 2013. That year, Descente appointed Masatoshi Ishimoto, a member of the founding family, to the position of president without telling Itochu first.

Descente is expected to turn in a consolidated net profit of 6.5 billion yen for the fiscal year ending in March. That is a fraction of the 500 billion yen in profit generated by the Itochu group as a whole. But Itochu's textiles segment contains few units that produce over 1 billion yen in profit, which makes Descente indispensable for Itochu to expand its textiles business.

Itochu's unusually sweet tender offer showcases how far the trading house will go to tighten its grip on Descente. The bid offers 2,800 yen per share, which at the time represented a 50% premium on the previous session's closing price. Premiums normally hover around 30%.

Descente stock finished at 2,680 yen on Tuesday, as the market appears to be pricing in a successful offer.

Unlike in the U.S., hostile takeovers are rarely successful in Japan. DRC Capital's 2011 buyout of Kojitu, a seller of mountain climbing gear now known as Kojitusanso, is a recent exception.

U.S. investment company Steel Partners Japan Strategic Fund has made a slew of frustrated plays for Japanese companies. Steel Partners tried again in 2006 and 2007 on two other targets, with similar luck. Oji Holdings went ahead with an abortive offer in 2006 for fellow papermaker Hokuetsu. These types of deals, which circumvent consensus building, failed to find a receptive audience in these cases.

"It is necessary to have an agreement process that involves the whole company, including the founders and the employees," said a person at an international brokerage.