Japan Post bets on Aflac deal for a shot at redemption 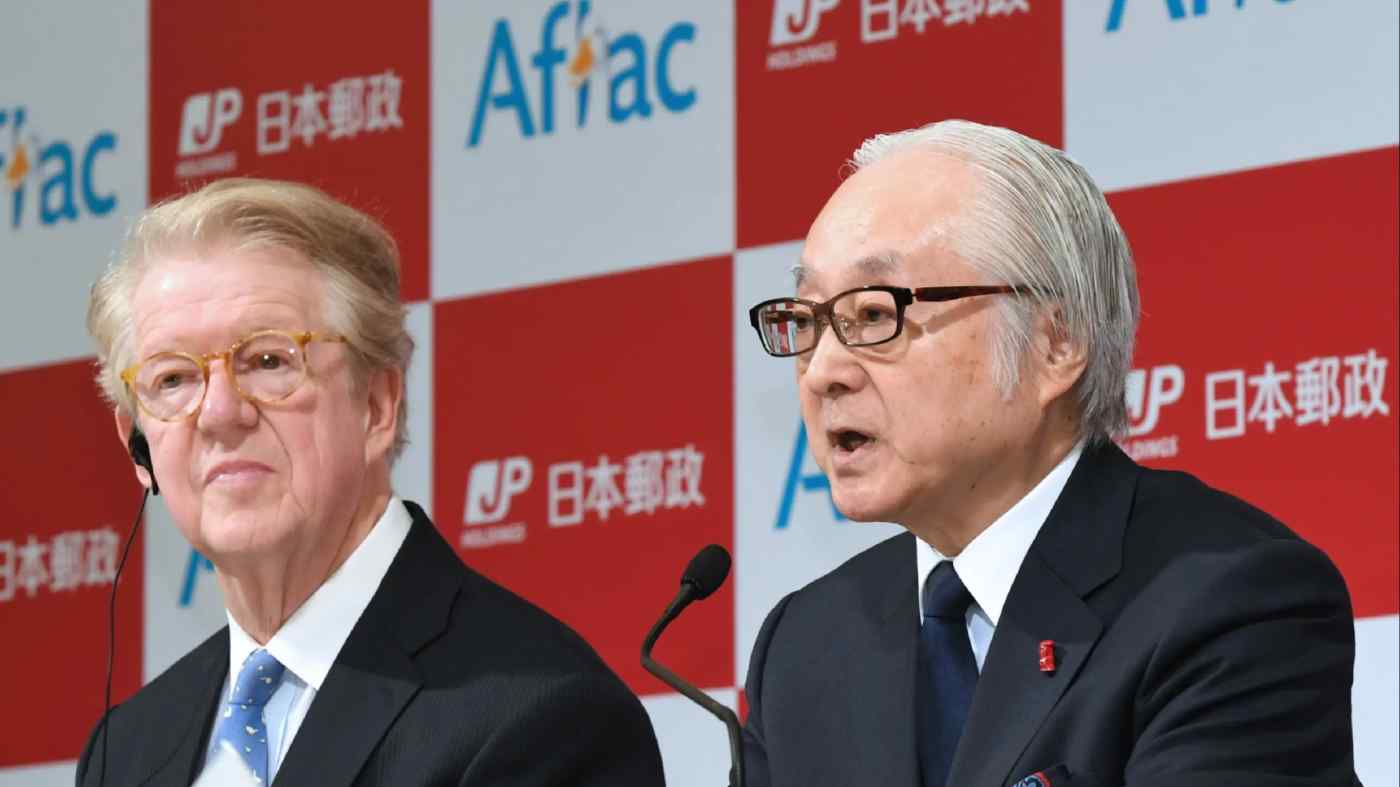 TOKYO -- Japan Post Holdings is once again taking the offensive with a large-scale investment in U.S. insurer Aflac, hoping that the new deal will yield more success than its 2015 acquisition of struggling Australian logistics company Toll Holdings and deliver a much-needed boost to flagging earnings at home.

The former state postal service formally announced Wednesday that it plans to buy 7% of Aflac's shares for 270 billion yen ($2.4 billion) by the end of 2019. Without buying additional shares, Japan Post Holdings' voting rights will grow to 20% in four years, making it the top shareholder.

With the voting rights increase, Aflac would turn into an equity-method affiliate and is expected to contribute hundreds of millions of dollars of profit to Japan Post Holdings annually. "It's a fantastic return" on investment, Japan Post Holdings President and CEO Masatsugu Nagato said at a news conference.

Japan Post's wholly-owned postal unit has suffered a steady decline in earnings, and is on course to incur operating losses starting in fiscal 2019. Moreover, Japan Post Bank and Japan Post Insurance, the two financial service units that together generated 457.1 billion yen of the group's 460.6 billion yen net profit in fiscal 2017, are hamstrung by Japan's ultralow interest rates. And the parent must lower its stake in both units -- which now stands at 89% each -- in accordance with the postal privatization law.

But Aflac may not be enough to plug the hole left by reduced stakes in the banking and insurance units. Under its medium-term plan covering the three years through fiscal 2020, Japan Post Holdings is looking to spend billions of dollars on acquisition as it seeks new sources of earnings. "We will do whatever it takes to propel growth of the group," Nagato said.

Back in 2015, the Japan Post group bought Toll Holdings for 6.48 billion Australian dollars ($4.6 billion at current rates). But its planned business expansion through Toll stumbled shortly thereafter, and Japan Post Holdings had to book about 400 billion yen in write-downs for the unit in fiscal 2016.

Nagato appears confident that the Aflac acquisition will be more successful. "The company has increased dividend payouts for 26 years in a row," he pointed out to reporters.

Aflac, for its part, stands to solidify its footing in Japan. It is the leading provider of cancer insurance in the country, and generates 70% of its total earnings here. The two will build on their existing partnership in cancer insurance sales and collaborate on new product development and investments in and outside Japan. Asset management is another area of potential cooperation.

Aflac Chairman and CEO Dan Amos cited Japan Post's extensive sales network as a benefit of a closer partnership. The group operates about 24,000 post offices across the country, including even the most isolated localities with rapidly aging populations.

"We cannot expand our sales network" to such areas, said official at a rival insurer. Most providers of medical policies focus their marketing efforts in urban areas, and Japan Post Holdings has an overwhelming edge elsewhere.

As the market for traditional life insurance loses steam amid Japan's declining population, more than 30 companies are clamoring for a piece of the still-growing market for medical insurance, like cancer policies. But it is costly to develop products that meet the diverse needs of customers. The Aflac deal may be just one of many moves to streamline the field, particularly among life insurers that are already strapped for resources.