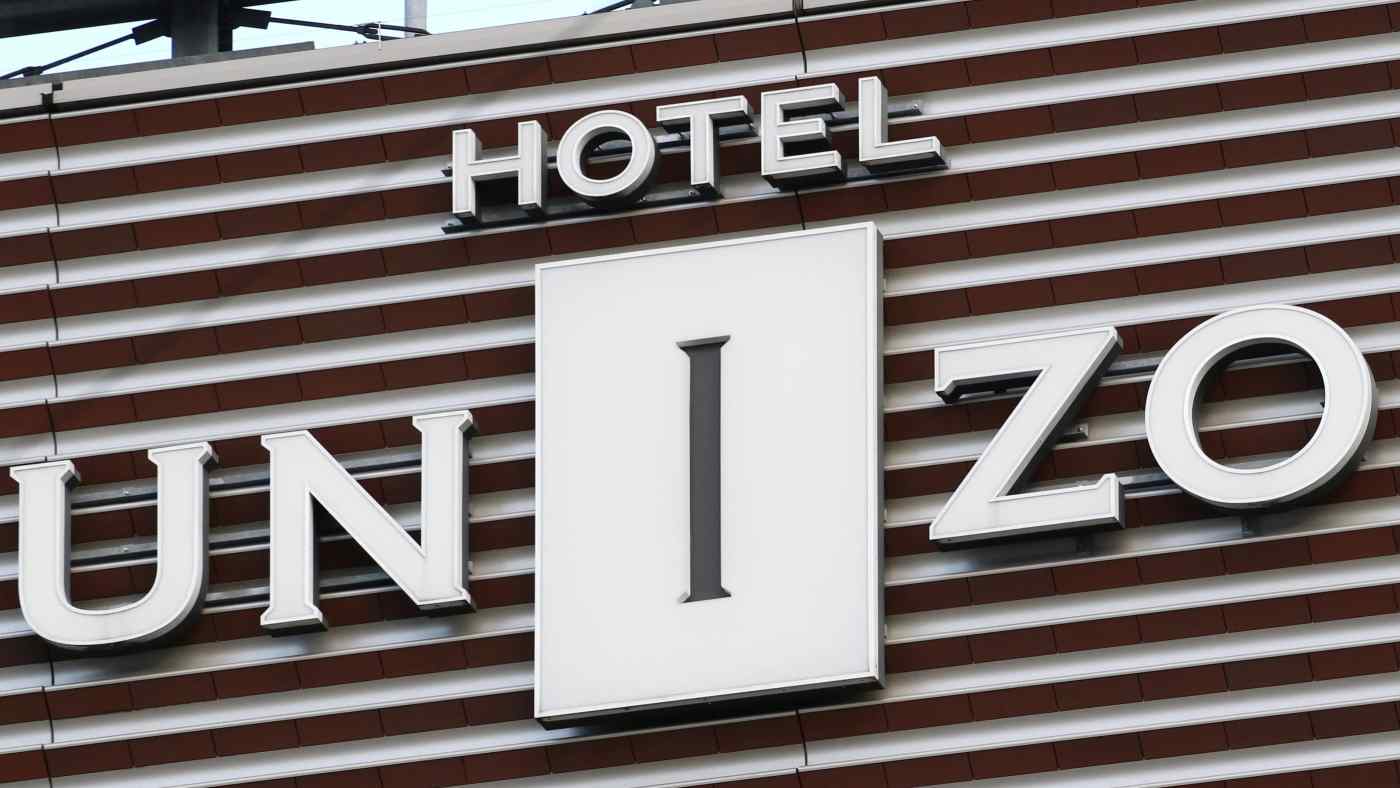 TOKYO -- Japanese real estate company Unizo Holdings is in talks with SoftBank Group's Fortress Investment Group, seeking its help as a white knight to block a hostile takeover bid by travel agency H.I.S., according to people familiar with the matter.

Unizo is best known as a business hotel operator and owns 25 business hotels across Japan. H.I.S. also operates 33 hotels in Japan and abroad, and is aiming to expand.

Fortress is expected to start the takeover process at the beginning of next week, with an acquisition price higher than the 3,100 yen per share offered by H.I.S. Fortress aims to acquire all Unizo stock and delist the company. Unizo's Tokyo-listed shares stood at 3,600 yen at the close of trading on Thursday, giving it a market capitalization of 123 billion yen ($1.16 billion).

Following the Nikkei report, Unizo announced on Friday morning that it is "in talks with a candidate" regarding the bid. The company also said its board and a special committee would discuss the matter the same day. Unizo's share price jumped by 12.9% to close the morning session at 4,065 yen.

If the takeover is completed, Fortress hopes to boost the profitability of Unizo's real estate holdings or sell off assets. Unizo decided that partnering with Fortress would add more value to the company than the buyout proposed by H.I.S., according to people familiar with the matter.

In July, H.I.S. launched a tender offer to buy up to 40% of Unizo's shares by Aug. 23. Unizo's board announced its opposition to the bid on Aug. 6.