Japanese airlines Airdo and Solaseed Air set to merge in 2022 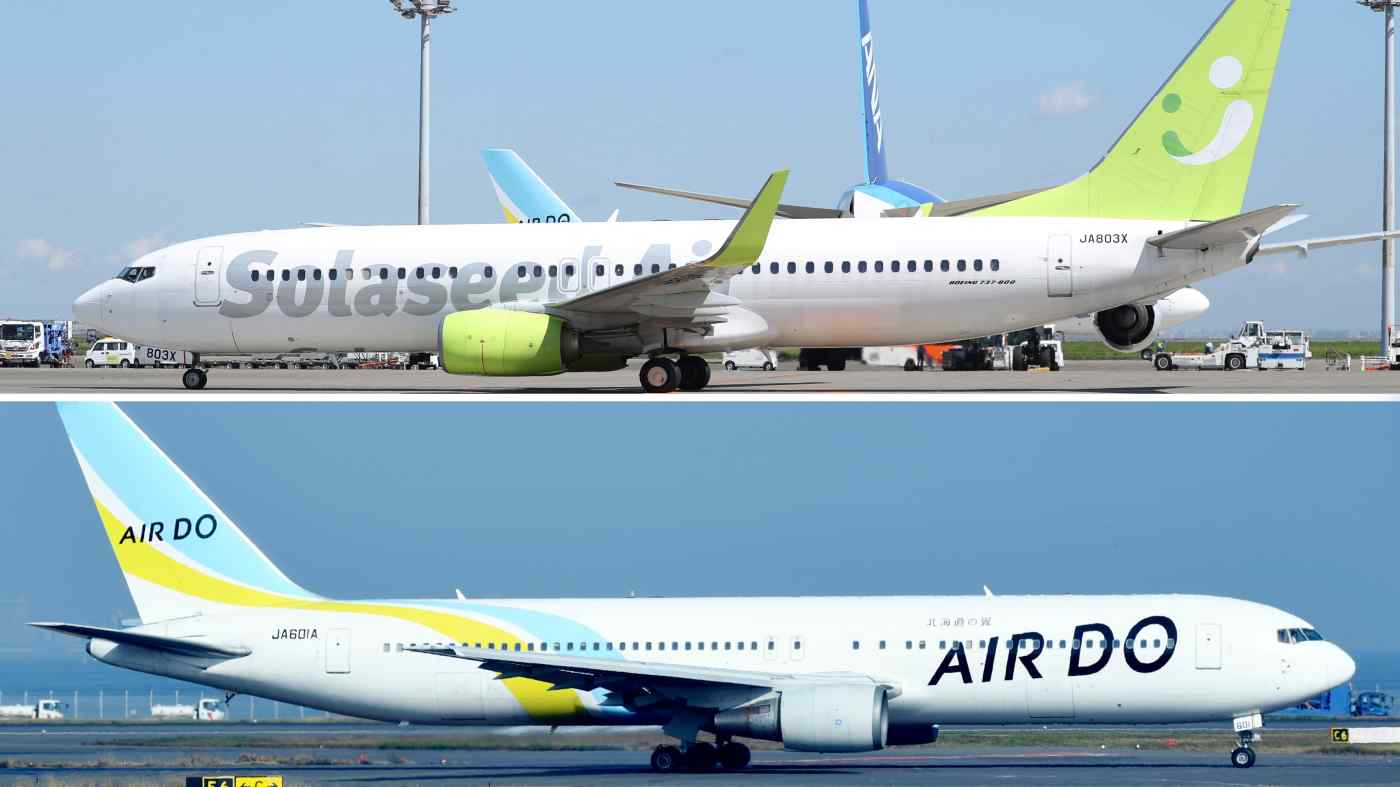 TOKYO -- Two Japanese regional airlines, Airdo and Solaseed Air, are set to merge, Nikkei learned Thursday, in what would be the first case of consolidation among airlines in the country in the wake of the COVID-19 pandemic.

The merger, which is set for the autumn of 2022, is expected to reduce the carriers' operating costs through joint procurement of supplies and aircraft maintenance, amid a sharp fall in air passengers.

The two airlines, both backed by ANA Holdings, will announce the plan as soon as late May. They will set up a joint holding company in the fall of next year. The most likely scenario is that the two companies will be placed under the holding company, according to sources.

The airlines must carefully consider the form of the merger, as Japan's transport ministry may seize valuable landing slots from the merged entity at Tokyo's Haneda Airport.

In addition to reducing procurement costs through joint purchases of fuel and other supplies, Airdo and Solaseed will seek to combine back-office functions such as human resources and accounting. There is also a plan to merge aircraft maintenance work at the two companies.

The pandemic has dealt a heavy blow to the two airlines. The passenger count of Hokkaido-based Airdo between April and September last year plummeted 81%. The load factor on its main route between Haneda and Shin-Chitose, which serves Sapporo, stood at 28%, down nearly 50 percentage points from a year earlier.

Solaseed Air, headquartered in Miyazaki, on the southern island of Kyushu, has routes connecting the island and Haneda. It had a similarly low average load factor of 26%.

The two companies will slash variable costs by reducing the number of flights and the size of aircraft, as well as cut personnel costs. The two decided they could do this more effectively together. Airlines, which have to shoulder heavy fixed costs, such as personnel and equipment depreciation costs, are trying to consolidate their management by integrating those operations that can be shared.

In Japan, ANA Holdings and Japan Airlines are strengthening capital base through share offerings. The capital adequacy ratios of the two newer airlines have fallen to around 15%, making it likely that recapitalization will be an issue for the future.

"Various considerations are under review to evolve our business alliance, but no specific decisions have been made at this time," a representative of Airdo told Nikkei. A representative of Solaseed Air said: "There is a possibility of integration with other companies in the course of seeking measures that can be implemented jointly with other airlines."