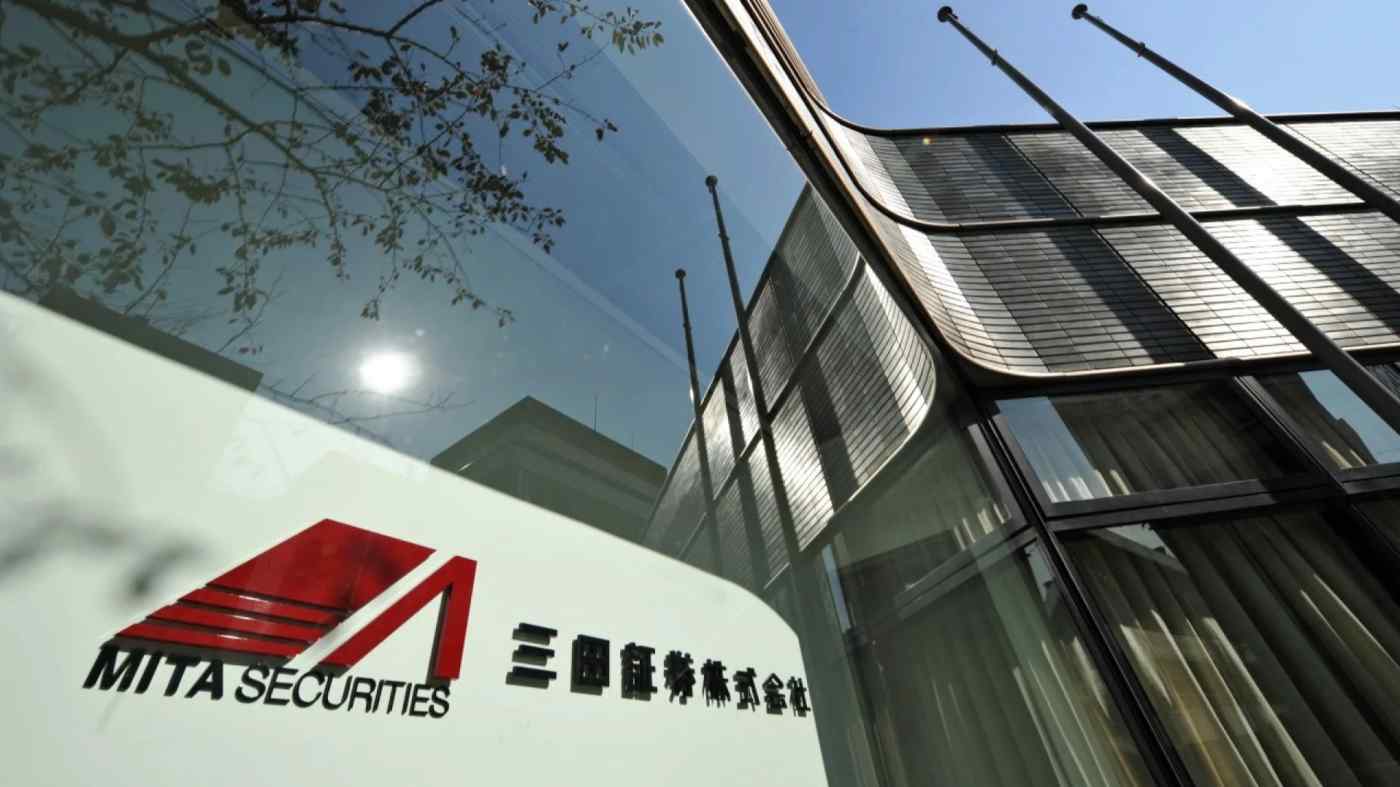 Tender offers are a common tool in hostile bids. For prospective acquirers, having a brokerage on their side can make a significant difference, since a securities account is needed for shareholders who agree to sell their holdings. Playing this role, however, tends to create ill will from the target company toward the brokerage. So, traditionally, most Japanese securities houses prefer to keep their distance.

Mita Securities, on the other hand, is part of a small but growing group of players that are jumping into the fray.

Founded in 1949, the brokerage has fewer than 100 employees and is far from a household name. But it became widely known among investment banks after it served as an agent for PGM Holdings' ultimately unsuccessful hostile tender offer for Accordia Golf in 2012 and 2013.

When Fujitsu launched a buyout bid for Solekia, a computer trading company, in 2017, maverick businessman Beji Sasaki succeeded with a counterbid using a securities account provided by Mita.

"Moves like counterbids are good for the Japanese market," said Kunihiro Mita, the company's third-generation president, who is willing to cooperate even in hostile bids that promise to enhance shareholder benefits and strengthen governance.

Mita joined the family business in 1998, just as the industry was going through a transition. The previous year, major player Yamaichi Securities had voluntarily ceased operations after a scandal. The following year, brokerage commissions on stock trading were completely deregulated.

He took the helm in 2001 and has sought to break the mold of conventional Japanese brokerages. As part of this, he recruited David Atkinson, a former Goldman Sachs banking analyst, as an outside director.

Brokerage involvement in unsolicited buyouts, though, is spreading to bigger players as well.

Daiwa Securities, the core of the group, will advise midsize builder Maeda on an unsolicited tender offer for affiliate Maeda Road Construction, announced on Monday.

Nomura Securities also waded into a corporate conflict last year, when it served as an agent for Itochu's unsolicited tender offer for sportswear affiliate Descente. It was not the first hostile situation for Nomura -- it had assisted what was then Oji Paper's unsuccessful bid for the former Hokuetsu Paper Mills in 2006 -- but it had generally steered clear like the rest of its peers.

One executive of a foreign securities company thinks 2019 was a real watershed. It will be remembered as the " dawning of a new era of hostile takeover bids" in Japan, the executive said.

A factor behind the shift may be Japan's still-fresh Stewardship Code, which sets guidelines for corporate governance and lays out principles institutional investors should follow. Corporate managers and investors are expected to work to increase value for shareholders -- an expectation that could help make the case for unsolicited bids.