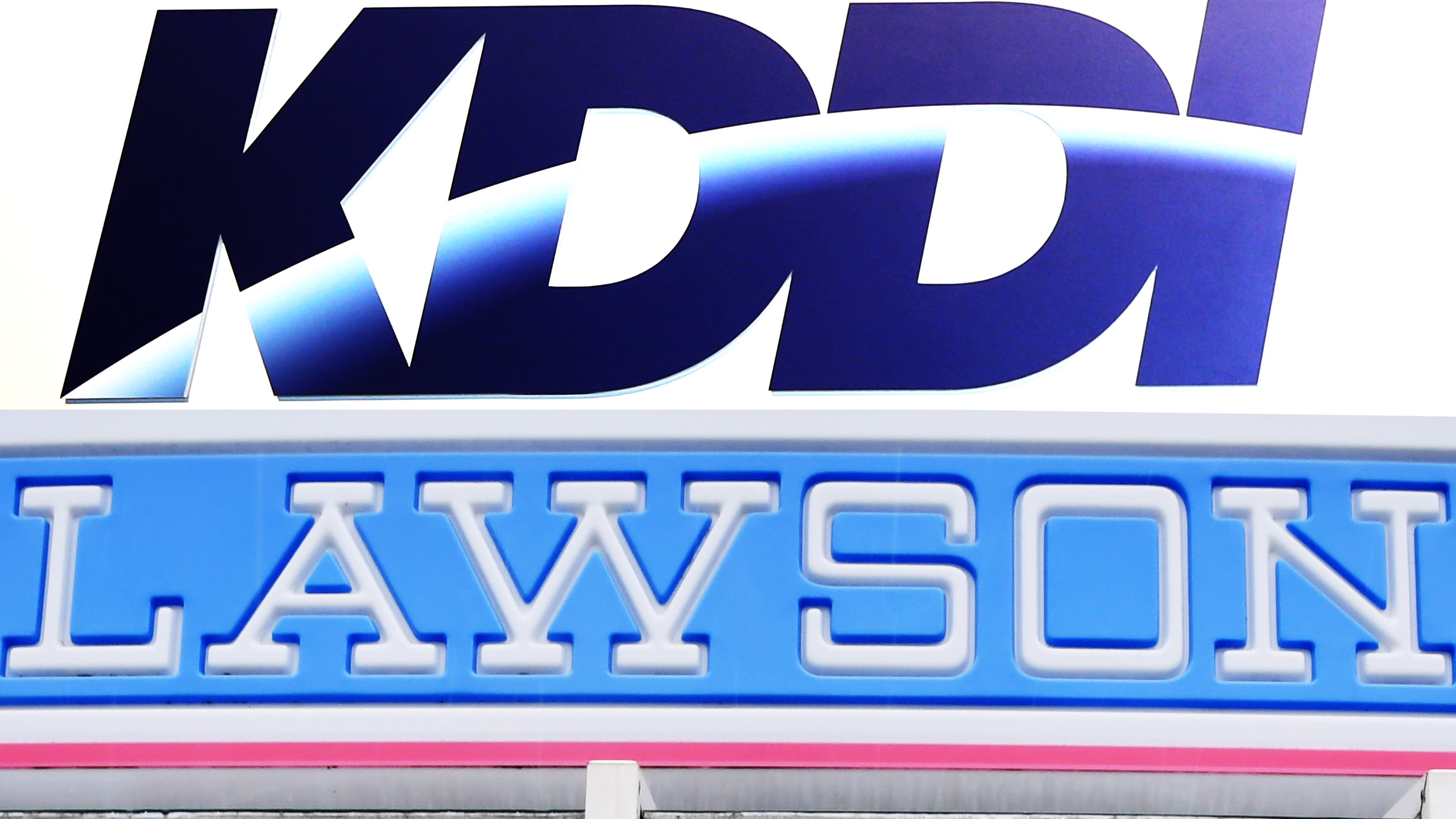 KDDI will purchase a 20% stake of Loyalty Marketing, which operates the Ponta point card, originally a Lawson program that has since grown. The stake will be purchased from Mitsubishi Corp., which owns more than 50% of Lawson.

Ponta cards and points also operate as e-money, which is accepted at partner retailers. With the deal, KDDI users will be able to use their phones to make Ponta purchases.

Mitsubishi's share in Loyalty Marketing is expected to decrease to 20%.

KDDI will also purchases a 2% stake in Lawson, which is equivalent to 12 billion yen.

Mitsubishi Corp will maintain its stake of 50% or more in Lawson.

KDDI has 40 million mobile subscribers, 7 million of whom use au pay, a payment service that the company launched in April.

Meanwhile, there are 90 million Ponta users across Japan.

With these numbers, the partnership will allow KDDI and Lawson to deepen their ties in data analytics.

Consumers who visit Lawson will eventually receive coupons through their phones based on their preferences.

Japan's mobile payments market has Softbank's PayPay, with 20 million or more users; Line Pay, with 36.9 million users; and an NTT Docomo program, with 20 million users. In November, Yahoo Japan operator Z Holdings and Line agreed to merge, a deal that shows how mergers and business tie-ups are accelerating in the cashless payments field as players look for more users.