MUFG Bank to invest over $700m in Singapore's Grab 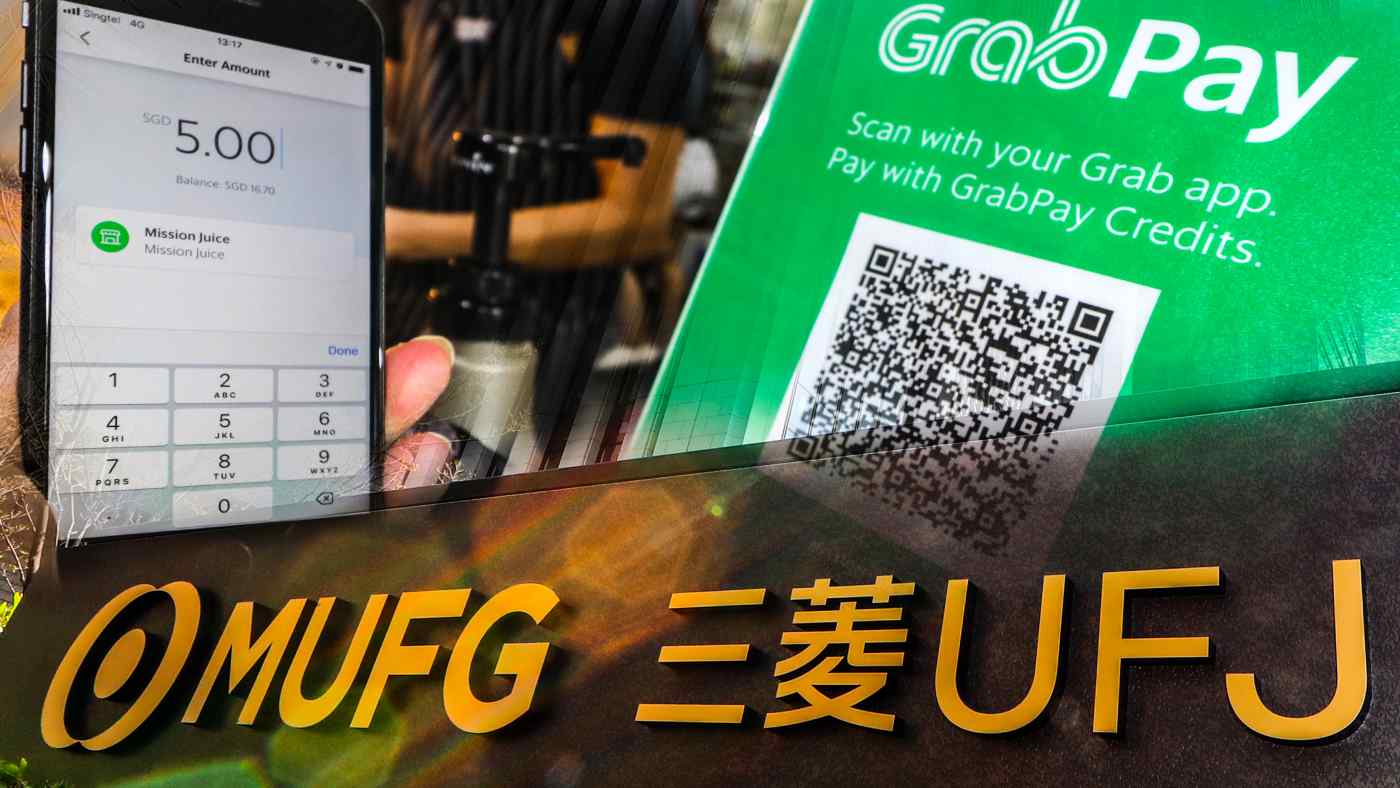 TOKYO -- Japan's MUFG Bank will invest up to 80 billion yen ($727 million) in Singapore's ride-hailing leader Grab, the Nikkei has learned.

The two companies will form a partnership aimed at further growth in Southeast Asia, offering new services such as lending and insurance through smartphone apps.

MUFG and Grab will officially announce the deal soon, people familiar with the matter said. MUFG will complete its investment by midyear, taking a stake of several percent in the ride-hailing company. SoftBank Group is a major shareholder in Grab, but MUFG will own the biggest slice among the financial institutions investing in it.

Worth an estimated $14 billion, Grab is one of Southeast Asia's largest unicorns, or unlisted startups valued at more than $1 billion.

Grab was founded in 2012 and began by doing business in Malaysia. It has since moved into new markets and lines of businesses, including food delivery and financial services. In early 2018, it acquired Uber Technologies' Southeast Asian business. The company now operates in eight Southeast Asian countries, including Thailand and Indonesia. Grab has more than 170 million users, based on the number of app downloads.

In return for its investment, MUFG, one of Japan's largest banks, will receive help in developing a "super app" through which it will be able to offer customers a variety of daily services. MUFG will oversee the app's personal loans and insurance offerings, while Grab will make use of its data on customer preferences. The partners will use the data to suggest loans tailored to specific customers, for example.

Grab already offers payment services, but to handle financial products such as loans, it needs the ability to screen borrowers' creditworthiness and to collect loans. MUFG will lend its skills in these areas and help in negotiating regulatory approval with financial authorities in various Asian countries.

MUFG considers Southeast Asia as a region with strong growth potential. The Japanese bank in 2013 bought Thailand's Bank of Ayudhya Public Co., better known as Krungsri, in 2013, and it has invested in local banks in Vietnam, the Philippines and elsewhere. Last year it acquired Indonesia's Bank Danamon, turning the midtier lender into a subsidiary.

Many Southeast Asians remain unbanked. Barely 50% of Indonesians have bank accounts, while in countries like Vietnam and the Philippines the rate is close to 30%. In Japan, it's nearly 100%.

By partnering with Grab, MUFG plans to extend its knowledge of digital services, which it intends to use to attract new customers in a region with a swelling middle class.

MUFG is also interested in Grab's strong artificial intelligence systems and data analysis skills, attributes that will be beneficial as MUFG competes more with online banks and IT startups in its home market.

The megabank and Grab are following other financial heavyweights and technology companies that have partnered to accumulate consumer data. Last year, Apple and Goldman Sachs joined together to launch a credit card, while Google plans to roll out a checking account service by partnering with Citigroup.