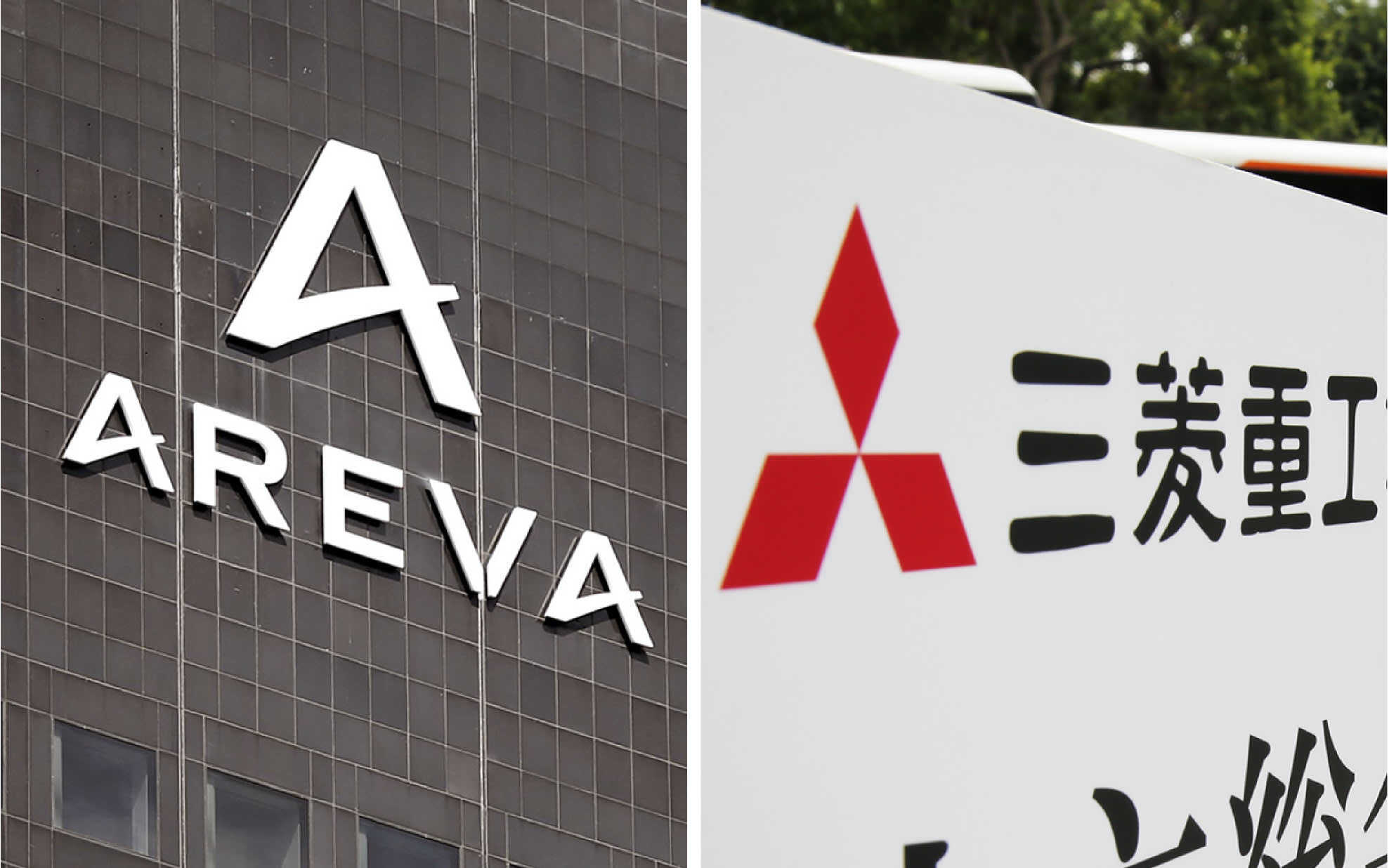 TOKYO -- Mitsubishi Heavy Industries has reached a broad agreement to purchase about 15% of French nuclear energy giant Areva's reactor unit, venturing deeper into a business with uncertain prospects that has sent others pulling out.

The Japanese engineering firm and Electricite de France, the state-backed utility that has agreed to acquire reactor maker Areva NP, have reached a deal that will have Mitsubishi Heavy invest 40 billion yen ($366 million) for the stake. This would boost Mitsubishi Heavy's total investment in the Areva group to more than 70 billion yen.

EDF has turned to Mitsubishi Heavy, an existing Areva partner, for help pulling the nuclear energy company out of a financial pit. Areva had logged total losses equivalent to more than 1 trillion yen through 2016, marking its sixth year in the red amid mounting challenges such as delays in a Finnish nuclear power plant project.

China's state-owned China General Nuclear Power, which is developing reactors based on French technology and runs 19 power plants, is also in talks to take around a 15% stake in Areva NP. Sources close to the matter say a basic agreement is targeted for May, and that other companies could join the effort.

Areva recently cut money-losing operations loose and brought nuclear fuel cycle operations, including the fuel recycling business, together under NewCo. Mitsubishi Heavy and Japan Nuclear Fuel each paid 250 million euros ($268 million at current rates) for a 5% stake in the unit, in which the French government also holds a hefty interest. EDF is poised to acquire more than 51% in Areva NP, which handles such operations as large nuclear reactors.

Mitsubishi Heavy and Areva have been business partners since 2006, creating a joint venture that exports midsize nuclear reactors to developing nations. But the two have not broken ground on a new-model reactor since the meltdowns at Japan's Fukushima Daiichi power plant in March 2011, which spurred worldwide efforts to improve nuclear safety.

Mitsubishi Heavy President Shunichi Miyanaga has called further investments "safe," as "all risk has been isolated" with the spinoff of unprofitable businesses. But the Japanese partner may also be doubling down out of a sense that it is in too deep to pull out: "If we withdraw at this stage, we would be throwing away all of the money we spent developing new reactors," a source at the company said.

With large losses on its cruise ship operations and severe delays on delivery of its Mitsubishi Regional Jet, Mitsubishi Heavy hardly has money to spare toward risky investments. If the company is to expand involvement in the nuclear business, it will need to make sure the move pays off.

Recent developments are not encouraging for the industry. Vietnam last year scrapped plans for nuclear plants thought to be a sure win for Japanese builders. The feasibility study for a planned Turkish project is dragging on far longer than anticipated. Toshiba apparently was driven into negative net worth by enormous losses at its U.S. nuclear unit Westinghouse Electric. Germany's Siemens has pulled out of the nuclear business entirely, and others could do the same.