Mitsubishi Heavy in talks to sell flagship shipyard in Nagasaki 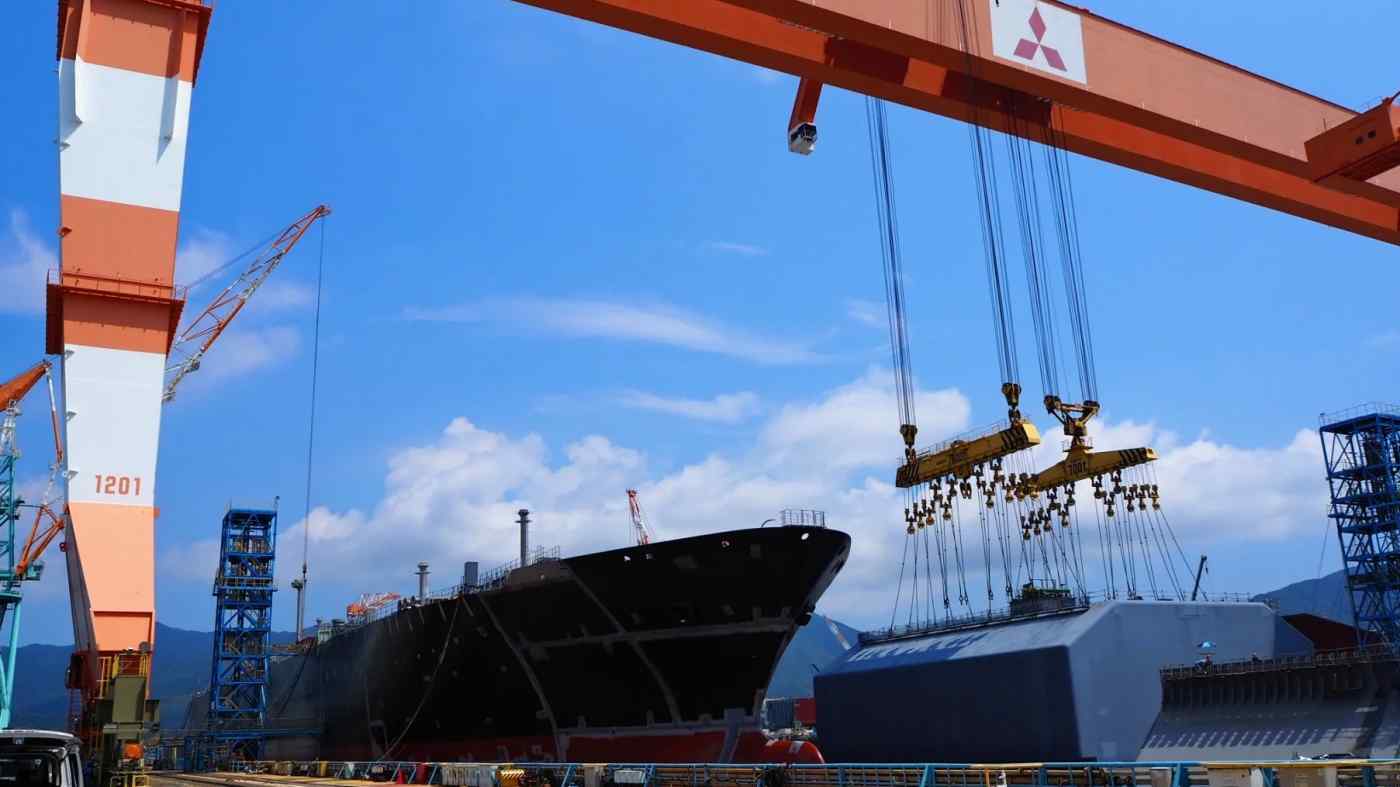 TOKYO -- Mitsubishi Heavy Industries is to sell its Koyagi plant, the main one of two located in Nagasaki.

The Japanese conglomerate is in talks to sell the plant to Oshima Shipbuilding, the country's third-largest shipbuilder based in Saikai, Nagasaki Prefecture. The parties are yet to agree on the sale price.

With the sale, Mitsubishi Heavy will in effect withdraw from construction of large vessels carrying resources such as liquefied natural gas.

While shipbuilders in South Korea and China make moves to realign, the Japanese shipbuilding industry is expected to accelerate its own changes.

Mitsubishi Heavy plans to announce the sale as early as next week.

Although Japanese builders together represent over 20% of the market, there are more than 10 of them, making individual companies hard pressed to compete with larger Chinese and South Korean rivals offering lower prices.

Order backlogs at Japanese shipbuilders are at the lowest levels in 10 years. Environmental regulations will be tightened in 2020, including control on the sulfur content of ship fuels. This is expected to boost competitiveness of ships with energy-conserving features.

Mitsubishi Heavy ranked fourth in shipbuilding volume in Japan at 800,000 gross tons on a nonconsolidated basis in 2018. Sales in its commercial ship division totaled about 100 billion yen ($921 million) in the same year.