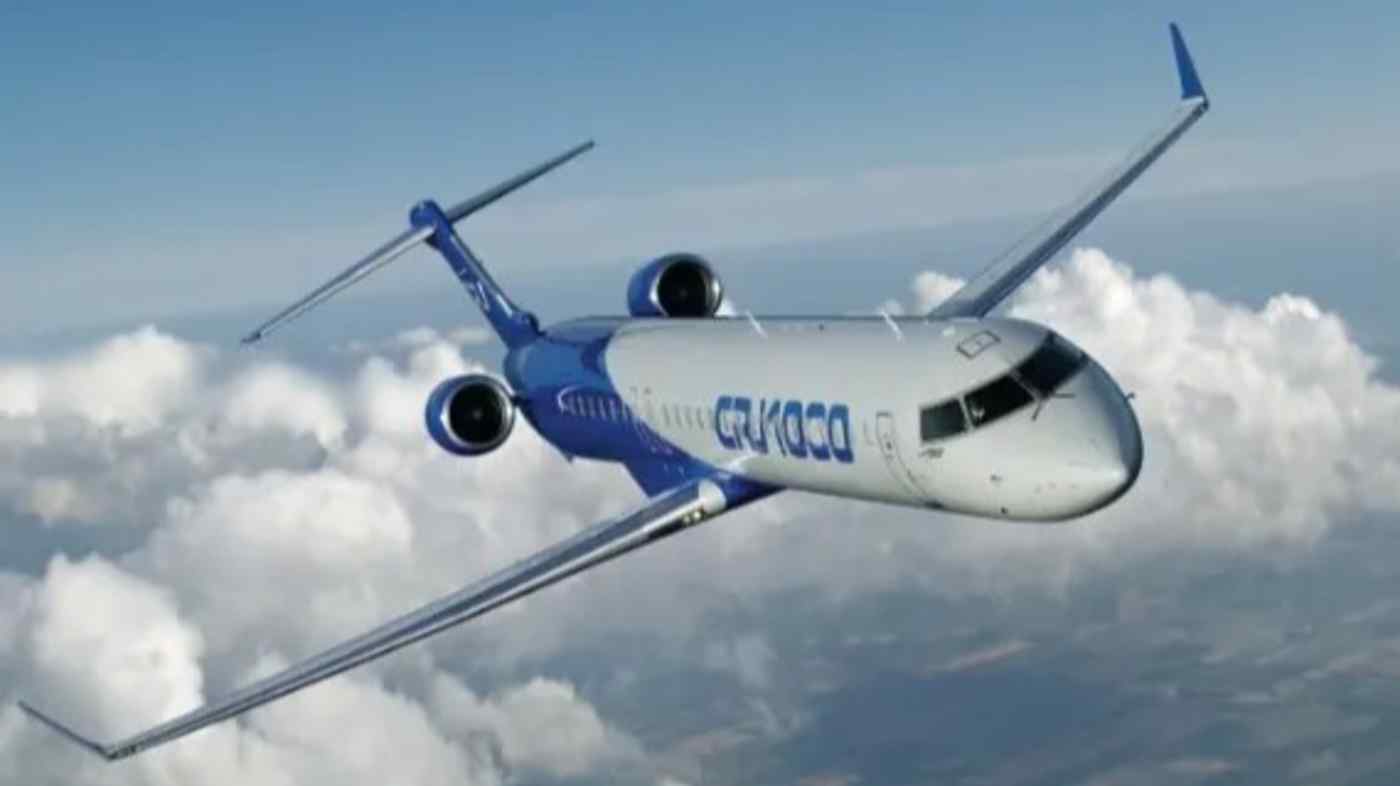 TOKYO -- Mitsubishi Heavy Industries looks to receive a much-needed shot in the arm to its long-stalled project to commercialize the country's first homegrown passenger jet with the acquisition of Bombardier's regional jet program, under negotiations that were reported Wednesday.

Repeated delays and a lack of an established customer service network have weighed heavily on the Mitsubishi Regional Jet program. The Tokyo-based company hopes for a solution by acquiring a popular line of aircraft with established maintenance hubs around the world.

"It is true that we are in discussions relating to a possible transaction involving Bombardier's regional jet program with strict adherence to the applicable competition rules and regulations," Mitsubishi Heavy said in a Wednesday statement. "However, neither has any corporate decision been made, nor are there any prospects as to the contents of such a transaction."

Bombardier "is in discussions with Mitsubishi Heavy Industries," the Canadian company confirmed in a separate statement that day, while stressing that any deal will require further review and analysis by both parties.

"There can be no assurance that any such discussions will ultimately lead to an agreement," Bombardier said.

It is still unclear whether Mitsubishi Heavy is discussing an outright acquisition of the program or merely interested in taking a stake. Though the companies offered no details regarding negotiations, an acquisition would likely be worth several hundred million dollars.

The talks come as Bombardier and Mitsubishi Heavy wage a bitter legal battle involving their aircraft programs. The Canadian group has accused Mitsubishi heavy of acquiring confidential documents related to aircraft certification, while the Japanese company has accused Bombardier of anti-competitive practices.

Along with Brazil's Embraer, Bombardier is a key player in the world's small and midsize passenger aircraft market. The Canadian group controls 30% to 40% of the global market for regional jets.

Bombardier's CRJ aircraft, which seat 50 to 100, are the mainstay of its regional jet program. About 1,300 of the planes are currently in operation across the world.

Mitsubishi Heavy is likely interested in the considerable expertise tied to the CRJ, as well as the program's maintenance hubs in the U.S. and elsewhere, in order to get its own stalled jet development on track. It hopes that interacting with the CRJ's existing clients will help open up sales opportunities for its Mitsubishi Regional Jet, which the company announced will soon be rebranded the Space Jet. However, it is unclear whether Mitsubishi Heavy will continue producing the CRJ after a deal, as the aircraft are not very profitable.

Bombardier had sold its midsize C Series, which seats 100 to 150, to European aircraft maker Airbus in 2018, after heavy losses on the program brought it to the brink of collapse. The company has since sold its propeller plane business as well.

A sale of the CRJ business would mark Bombardier's exit from commercial aircraft, as it now aims to focus its resources on growing areas like railways.

Meanwhile, Mitsubishi Heavy has so far invested over 600 billion yen ($5.5 billion) into developing Japan's first homegrown passenger jet. But it has already had to postpone delivery five times, putting the project significantly over budget.

As of March 2018, liabilities exceeded assets by 110 billion yen at Mitsubishi Aircraft, the subsidiary responsible for the jets, leading Mitsubishi Heavy to provide 220 billion yen in assistance.

The delay has also allowed rivals to erode Mitsubishi Heavy's competitiveness. Embraer recently launched a new aircraft that features a fuel-efficient engine, which was supposed to a key selling point for the MRJ. Mitsubishi Heavy is currently not taking any new orders for the MRJ.

Another challenge is the Japanese company's disadvantage in customer support. In addition to the capabilities of the aircraft itself, airlines are interested in whether manufacturers can provide seamless service on spare parts and maintenance. As a new entrant, Mitsubishi Heavy lags behind industry leaders on these types of services, and it has partnered with U.S.-based Boeing to provide customer support for the MRJ. Acquiring the CRJ operations means it could start offering customer services in-house.