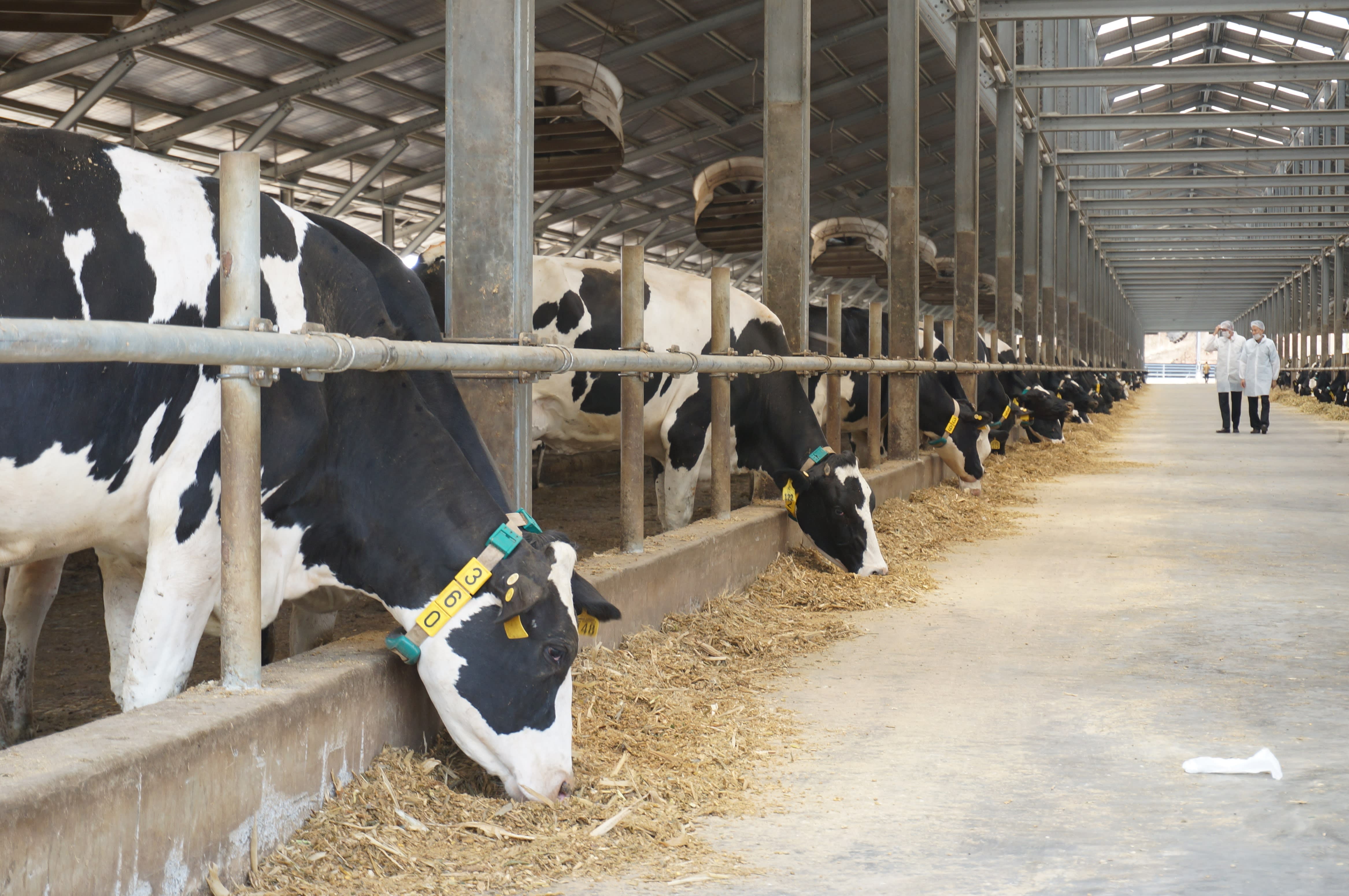 GARUT, Indonesia -- Mitsui & Co. is getting into the dairy business in Indonesia, where demand for such products is rising along with incomes, through local food producer ABC Group.

An initial $50 million or so will be invested in farm and processing capacity to integrate operations, from producing raw milk to selling the final products.

The Japanese trading house has taken a 30% stake worth 1 billion yen ($8.88 million) in Raffles Pacific Harvest, which celebrated the opening Wednesday of a new dairy farm in the highlands of Garut, West Java. The 72-hectare farm will initially rear 900 cows with plans to raise up to 10,000 in the long run.

Raw milk will be sent from the Raffles' farm to a processing plant 30km away in Bandung operated by ABC Kogen Dairy, in which Mitsui has also taken a 30% stake for 1 billion yen. ABC Kogen will begin to sell milk and processed dairy products within the year.

Mitsui has experience with dairy businesses focused on exports in New Zealand and elsewhere. Indonesia's market for milk products is growing, but the country lacks large-scale dairy farmers and distribution infrastructure, making it one of Asia's largest dairy importers.

ABC Group will continue to differentiate itself with high-quality cows and investment in technology, said Warren Choo, an executive in charge of dairy operations. The group aims eventually to become one of the top three dairy product makers by market share, Choo said.