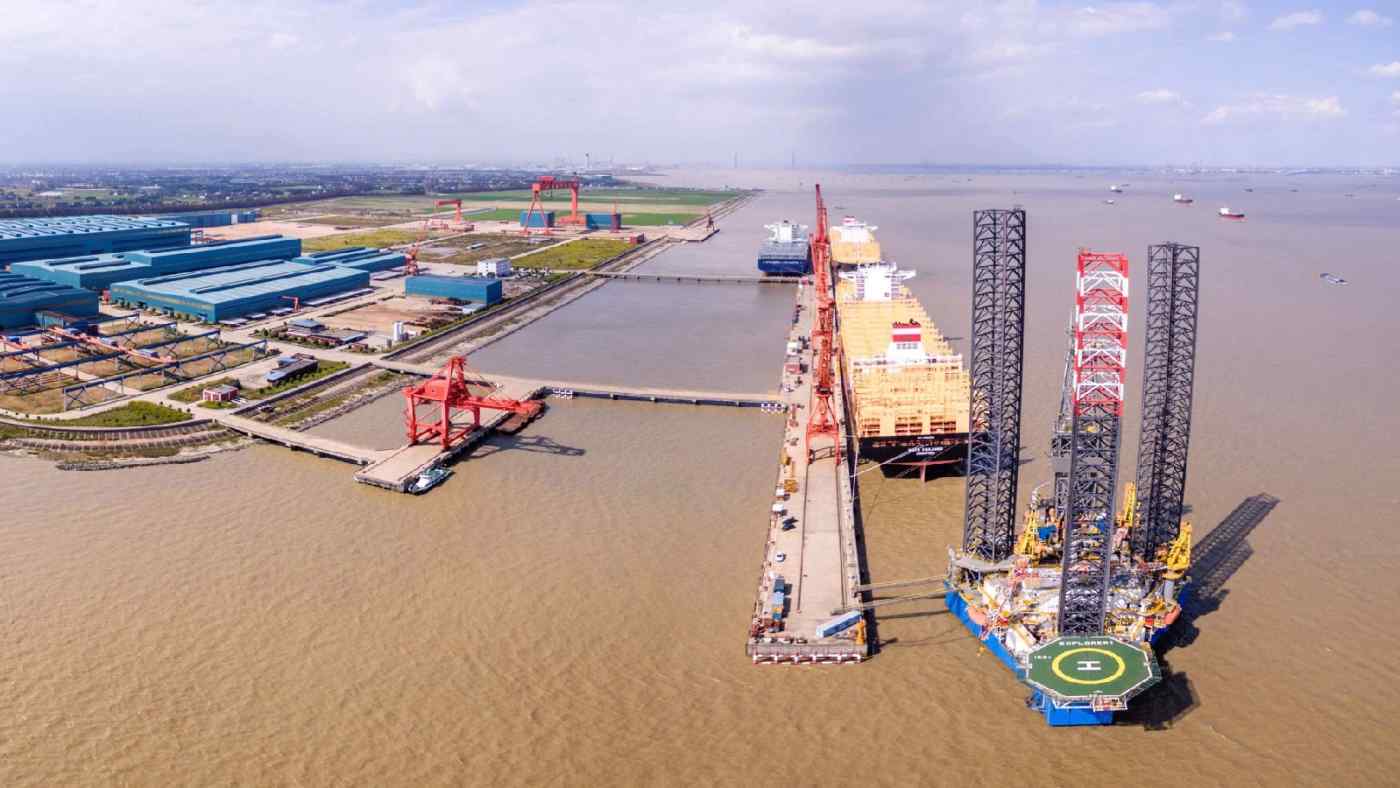 The joint venture is set to launch in April with $99 million in capital. Yangzijiang will hold a 51% stake and the rest will be divided between Mitsui E&S and trading house Mitsui & Co. The partners will work on construction, planning and sales from a base to be set up at a Yangzijiang shipyard in Taicang, Jiangsu Province.

Japanese shipbuilders, struggling under high labor costs and their own small scale, are suffering from an increasingly harsh environment. They are moving on from domestic reshuffling toward Chinese partnerships in search of a second wind. The Mitsui E&S deal comes five years after it engaged in ultimately failed talks on a merger with compatriot Kawasaki Heavy Industries, which itself has since formed a Chinese joint venture.

The venture announced Thursday is to build bulk carriers for commodities like grain and mineral resources, with an eye to expanding down the road into high-added-value commercial ships like supertankers and liquefied natural gas freighters.

The Mitsui E&S Holdings unit has been hunting for an overseas foothold since the year began. In May, it forged a business tie-up with compatriot Tsuneishi Shipbuilding, seeing Tsuneishi -- which has run a shipyard in the Philippines since 1994 and one in China since 2003 -- as a favorable partner for expanding abroad. Mitsui E&S is considering building ships jointly designed with Tsuneishi using the latter's overseas shipyards.

South Korean and Chinese shipbuilders have snapped up large orders on the strength of their massive facilities, and unit prices have fallen as a result. Moreover, the market has been saturated for some time owing to high-volume orders placed before the 2008 financial crisis. With demand for new ships low, price-cutting competition has grown fierce. Japanese players had an all-time-low 7% market share in 2017 on an order basis.

Though China's shipbuilding technology is still developing, labor there costs just one-third what it does in Japan. Yangzijiang is among China's largest private shipbuilders, with its 2017 sales of 19.2 billion yuan ($2.79 billion) putting it roughly on a par with Japanese leader Imabari Shipbuilding.

Kawasaki Heavy, the rival Mitsui E&S tried to partner with, has since pulled ahead. After the merger talks fell apart, Kawasaki Heavy began a major pivot toward China, even closing one of two docks at a mainstay Japanese shipyard and reshuffling shipbuilding-related employees. It is now making strides in dock construction and expansion through a Chinese joint venture, and is also working on building automobile carriers and other difficult-to-build vessels. Mitsui E&S doubtless has all this in mind.

Mitsui E&S's ability to extract benefits from the joint venture with Yangzijiang will rely in no small part on Mitsui & Co., which does heavy trade with the Chinese shipbuilder. The trading house -- which helped bring Mitsui E&S and Yangzijiang together -- is also expected to bring the venture customers.