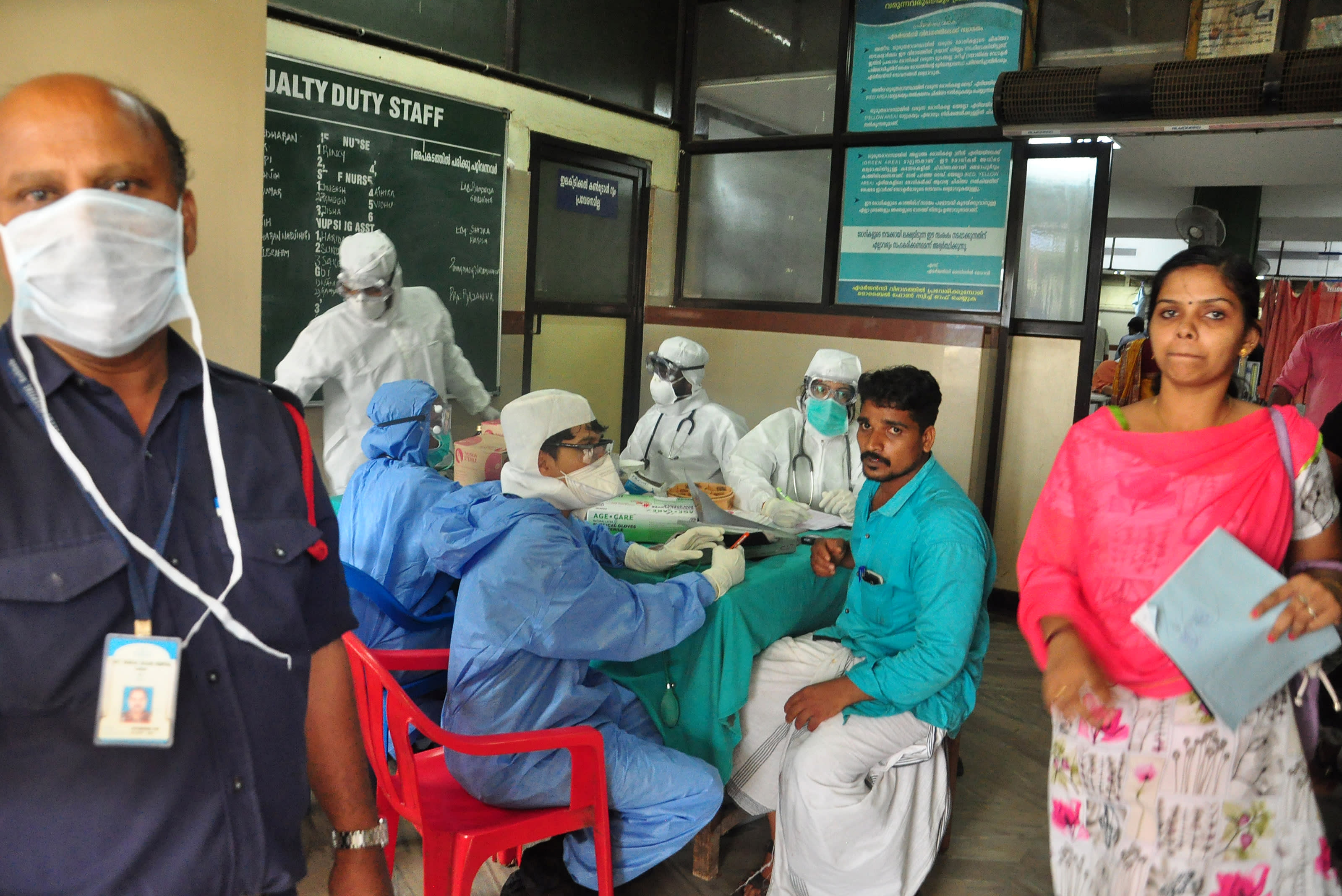 Medics examine a patient at a hospital in Kozhikode in the southern state of Kerala, India, in May 2018.    © Reuters
CK TAN and ROSEMARY MARANDI, Nikkei staff writersJuly 13, 2018 23:31 JST | India
CopyCopied

On Friday, the Fortis board approved the Malaysian premium health care provider's offer to acquire a 31.1% stake for 40 billion rupees ($585 million) through new share subscriptions. The subscription, by way of preferential allotment, will trigger a mandatory offer to purchase an additional stake of up to 26% in Fortis for at least 170 rupees per share, valuing the deal at $1.07 billion for a 57% stake.

"The acquisition of a controlling interest in Fortis will significantly increase our reach across the Indian subcontinent," Tan See Leng, IHH chief executive, said in a statement.

Demand in the health care sector is expected to grow rapidly under Prime Minister Narendra Modi's "Modicare" program, especially to improve conditions for the poor. India needs an additional 1.8 million beds to achieve two beds per 1,000 people by 2025, as well as 1.54 million new doctors.

The acquisition marks a shift in IHH's strategy, which has focused on growth through buying existing hospitals rather than building new ones. The group, which has had a presence in India since 2002, said it was drawn by the country's under-served health care market and huge talent pool of healthcare professionals.

A Fortis hospital building is pictured in Gurgaon, India.   © Reuters

Separately, IHH also offered to acquire Fortis' 26% stake in Chennai-based Fortis Malar Hospital for $16 million. The deals, which are subject to regulator and shareholder approval, are expected to be completed by the final quarter of 2018. IHH will keep the listings of Fortis and Fortis Malar on the Bombay Stock Exchange.

Despite Fortis' losses and investigations into fraud by top executives, IHH raised its bid from an initial 160 rupees per share in April to the price agreed on Friday, fending off a rival bid from a consortium led by Manipal Healthcare Enterprises.

CIMB Research said the offer was a "fair deal" considering the value that could be unlocked over the next two years.

According to the Confederation of Indian Industry, Indian health care, one of the country's fastest-growing sectors, is expected to be worth $275 billion in the next 10 years. Much of this growth can be attributed to the infusion of private equity and foreign investment such as that from IHH.

"If we are able to win the asset, it will give us one shot at really completing our India platform," Tan said last month.

In 2017, India contributed 6% to IHH's revenue through its investments in Continental Hospitals and Global Hospitals. The Fortis purchase will boost this to 24%, said the group. It will expose IHH to larger markets in northern India, expanding the group's foothold which is currently predominantly in the south, and to a lesser extent in the east and west. Currently the second largest health care player in India by number of hospitals, Fortis operates a network of 34 hospitals with 4,600 beds across India, Dubai, Mauritius and Sri Lanka.

The Indian government currently allocates around 1% of its $2.6 trillion gross domestic product to healthcare, but aims to increase that to 2.5% by 2025 under a new National Health Policy.

In February, the government announced the Ayushman Bharat National Health Protection Scheme, touted as Modicare, to cover hospitalization costs of up to 500,000 rupees for each "poor" family every year. The move would benefit around 500 million people, according to Indian Finance Minister Arun Jaitley, who allocated 12 billion rupees to the program.

But before tapping the Modicare demand, IHH will need to put Fortis' house in order. "The first step for us is to put a business plan in place," said Bhavdeep Singh, Fortis CEO.

Fortis logged a loss after tax of 10 billion rupees in the fiscal ended Mar. 31, compared to a profit after tax of 4.21 billion rupees a year earlier. In addition, it is being investigated by regulatory authorities in India due to a number of red flags raised by its auditors.

India is one of the four areas that IHH considers a "home market," as well as Malaysia, Singapore and Turkey. The health care group -- Asia's largest by market capitalization -- operates over 10,000 beds in 49 hospitals across nine countries.