TOKYO -- Japanese online brokerage Monex Group aims to obtain management rights to Coincheck to guide the cryptocurrency exchange operator through restructuring as well as rebuild its own competitiveness.

Coincheck, which authorities ordered to shape up after it fell victim in January to the largest-ever theft of virtual currency, decided on Thursday to accept a takeover offer from Monex, Nikkei has learned. The exchange operator is expected to receive an injection of several billion yen (1 billion yen equals $9.31 million), while Monex will take a majority stake.

The parties are ironing out such details as how many new Coincheck shares to issue, how Monex will purchase existing shares, and voting rights ratios. An announcement may come as early as Friday.

Coincheck founder and CEO Koichiro Wada, along with Chief Operating Officer Yusuke Otsuka, will step down to take responsibility for January's heist of about 58 billion yen of the NEM cryptocurrency, worth roughly $530 million at the time. They may stay on in new roles and assist in restructuring. Monex COO Toshihiko Katsuya will take over as president of Coincheck.

The Financial Services Agency has twice ordered Coincheck to improve in the wake of the theft, including through pressing for an overhaul of management. The exchange lacked the personnel, capital and know-how to rebuild on its own. But investment from Monex will give it a chance.

Coincheck generated great interest as an investment target among financial institutions and information technology companies due to its high profitability. The exchange operator has already begun paying back about 46 billion yen from its own coffers to customers in recompense for stolen funds. Its most recent full-year operating profit likely exceeded 100 billion yen. The company remained highly profitable even as the cryptocurrency boom ebbed.

But investing in Coincheck would carry significant risks. The company faces legal action from customers whose funds were stolen. And with competition on the rise, "profit margins are bound to shrink," an executive at a major brokerage predicted. These concerns quickly scared off some potential investors.

Monex chief Oki Matsumoto went ahead with the takeover offer nevertheless. Stiff competition had the brokerage in a bind, and technologically advanced Coincheck offered a way out. 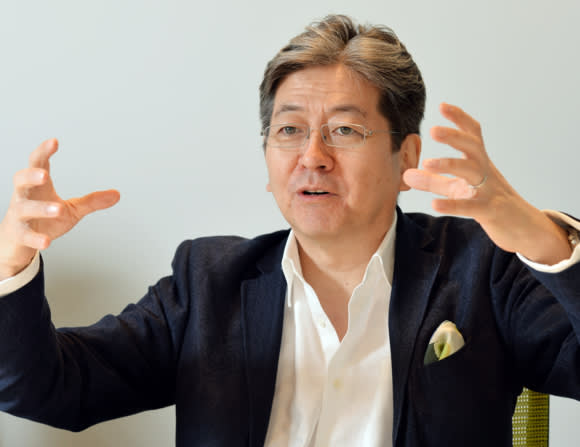 Monex was a pioneer of online securities trading. Matsumoto, who came up as a trader and then partner at Goldman Sachs before helping found the digital brokerage in 1999, claimed to be on a mission to bring the world's most cutting-edge financial services to Japanese retail investors.

Monex was Japan's fifth-ranked stock brokerage for retail customers in 2017 by transaction value, with a share of just 5.2%. SBI took first place at 32.2%, followed by Rakuten, Matsui Securities and Kabu.com.

Matsumoto declared the same year that Monex would pursue a fresh start through financial technology. He returned to the presidency of brokerage unit Monex Inc. after having served as its chairman. But SBI Holdings began aggressively investing in fintech around then, leaving Monex in danger of falling behind even in its revival push. Monex took the risky gamble on Coincheck as it sought to turn the tables.

Monex has stumbled with mergers and acquisitions in the past, including the purchase of a U.S. brokerage that has led to losses.

But the market appears relatively warm to Matsumoto's big bet. Monex shares went limit-up on Tuesday on news of the takeover offer and continued to climb the day after. They tumbled about 10% on Thursday. But that day's closing price of 400 yen, while far below SBI Holdings' 2,540 yen, was still more than 10% above pre-Coincheck levels.

Coincheck has applied for official status as an exchange operator and continued to offer services on a provisional basis under Japanese fund settlement legislation that took effect last April. The FSA aims to reopen its review of the embattled company and make a decision based on how it fares under Monex.

Success will hinge on whether Coincheck can better separate customer assets from its own, as well as overhaul management to improve risk handling and internal oversight. Failure would force the exchange operator to bow out.

Japan has 16 registered operators so far, plus 16 provisional ones including Coincheck.

The idea of online brokerages handling cryptocurrencies, which are often targeted for cybercrimes, has stirred concerns within the FSA. But forcing Coincheck to continue on its own would likely lead to its collapse, meaning that victimized customers would never be repaid. The watchdog would "welcome the idea of [Coincheck] partnering with a reliable company and being thorough in protecting its users," an FSA official said.