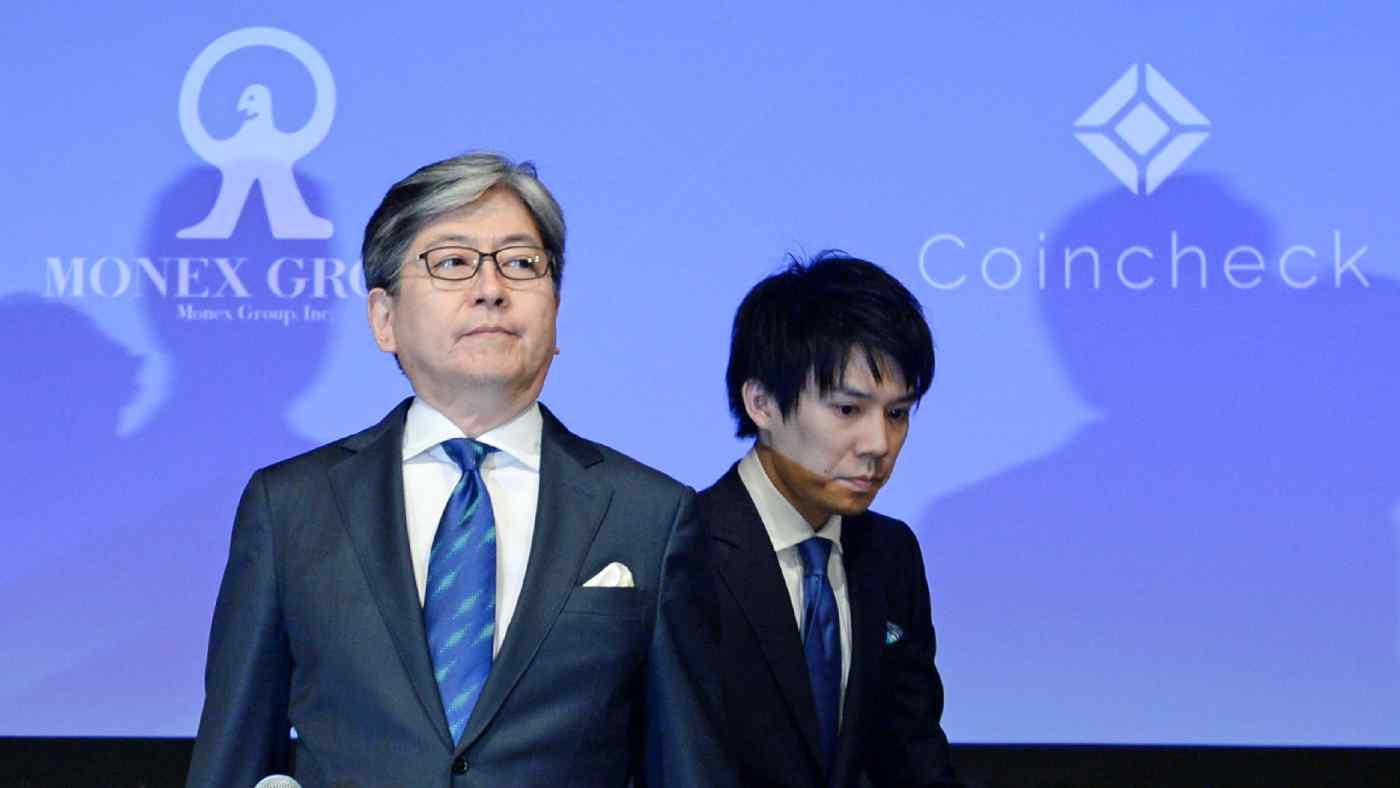 TOKYO -- Japanese online brokerage Monex Group said on Friday it will try to obtain regulatory approval for Coincheck, the cryptocurrency exchange it bought for 3.6 billion yen ($33.6 million), and restart its operations in two months.

"Considering the improvements in the internal control system by Coincheck and progress in making payments, we believe we can obtain approval within two months," Monex chief executive Oki Matsumoto said at a Tokyo news conference.

Although Coincheck's management will be overhauled as part of the deal, Matsumoto called the startup a "pioneer" in the cryptocurrency exchange industry and stressed that risks related to cryptocurrency are "manageable."

Coincheck had more than $500 million worth of tokens stolen in January, a record theft that shocked the industry and sent prices of Bitcoin and other cryptocurrencies tumbling.

Up to half of the combined profits for the next three fiscal years will be paid to existing shareholders, including co-founders Koichiro Wada and Yusuke Otsuka. Matsumoto said the downside to Monex shareholders is minimal because legal and other risks will be covered by the potential payments.

Wada, who will step down as chief executive of Coincheck as part of the acquisition, said the company used "internal capital" to fully repay customers who had their cryptocurrency stolen.

The acquisition will combine Monex's expertise in online brokerage with Coincheck's trading technology to create a "new integrated financial institution," Matsumoto said. He added that he aims to eventually hold an initial public offering for the unit.

Still, the outlook for cryptocurrencies remains uncertain. The price of Bitcoin hit nearly $20,000 in December, but currently trades at around $6830, almost one-third its peak. It jumped about 5% after Nikkei first reported the potential acquisition of Coincheck.