Muji to sell at Lawson as consumers flock to convenience stores 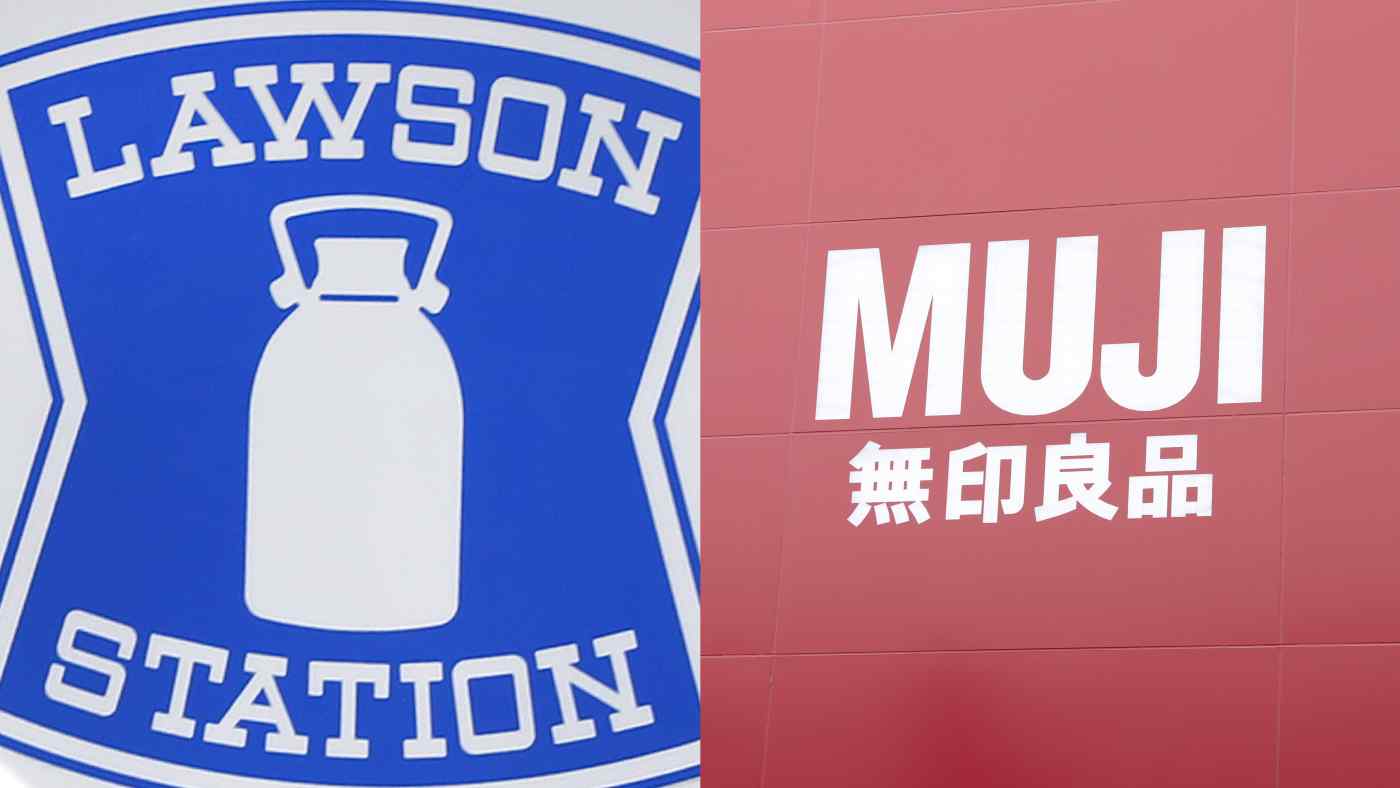 Starting Wednesday, Lawson will start selling Muji goods, such as cosmetics, stationary and underwear, at three of its directly managed, or non-franchised, stores in Tokyo. Muji will be given dedicated shelves to display the products.

The alliance will allow the two companies to collaborate on the development of new private brand products covering everyday items such as eco-friendly detergents and nutritional prepackaged foods.

The tie-up is a response to changing consumer behavior in Japan. The coronavirus pandemic has resulted in more people purchasing basic necessities in bulk at nearby convenience stores.

Meanwhile, convenience store chains are facing the reality that Japan's population decline makes it difficult to gain growth through mass store openings. Lawson's decision to seek a partner and expand product lines could elicit similar moves from other major operators.

Lawson handles roughly 3,500 products in each of its stores. About 500 items will be replaced by Muji products.

The convenience store chain, which has approximately 15,000 locations nationwide under its name, plans to gradually expand the number of Muji-offering shops, based on location and customer traffic.

The two companies will utilize data and analysis of Lawson sales to guide the development of private brand goods.

Some candidates for the private brand are eco-friendly detergents and nutritional prepackaged foods, both of which have seen a surge in demand since the COVID-19 outbreak. Sales have increased between 1.5 and 2 times for such products. In the long term, the partnership will also consider establishing a dedicated store for its private brand products.

Muji, originally founded in 1980 as a private label for the Seiyu Japanese supermarket chain, has grown to over 400 domestic outlets. Operator Ryohin Keikaku had supplied Muji products to FamilyMart, another major Japanese convenience chain, but ended its contract in January last year. But the company continued to look for a way to expand its sales channels and decided to collaborate with Lawson, which also wanted to bolster its product lineup.

The coronavirus has led to an increase in homebound consumers, which in turn created an upsurge in purchases of groceries and other daily necessities at convenience stores, especially in urban residential areas.

According to the Japan Franchise Association, total store sales for seven major convenience store operators in April fell 10.6% to 778 billion yen ($7.2 billion) compared with a year ago. The number of customers also dropped 18.4%.

But due to the surge in bulk buying, the average spending per customer rose 9.5%.

Mass store openings over the years have brought the total number of convenience stores in Japan to about 58,000. Growth, however, has reached a ceiling due to over saturation and population decline.

Major operators are therefore scrambling to increase customer attraction to their stores amid the coronavirus.

FamilyMart has also strengthened efforts to sell vegetables and fruit in office districts.