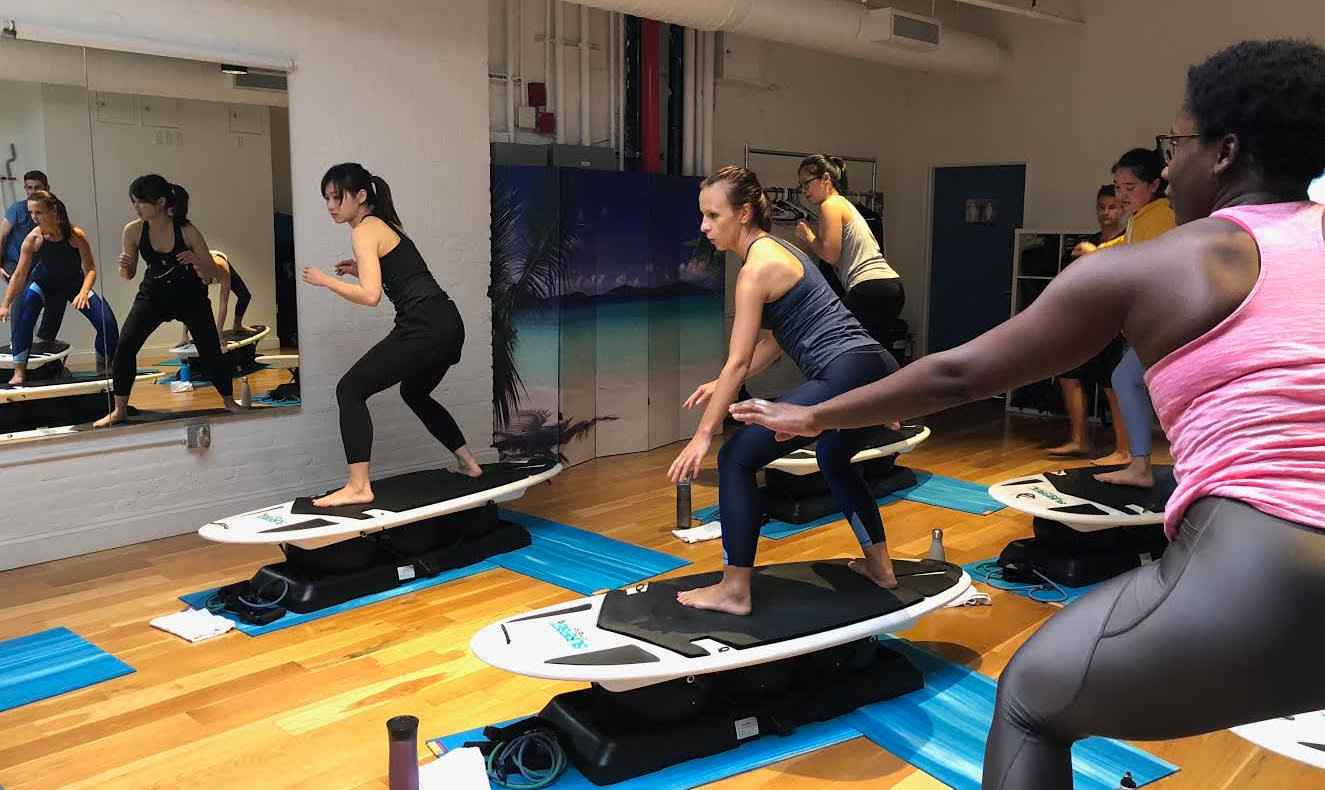 NEW YORK -- Giulia Prati loves to exercise, but she does not have a gym membership. Instead, the 26-year-old digital marketing analyst attends yoga and barre classes through ClassPass, an app that lets users pay a set monthly fee in exchange for "credits" that they can use to book fitness classes and wellness treatments at more than 10,000 facilities across the U.S.

"With so many boutique fitness studios cropping up, I love using ClassPass as an excuse to explore new ones," said Prati, who has attended 145 classes since installing the app three years ago.

Founded in 2012 by MIT graduate Payal Kadakia, New York-based ClassPass now has a presence in more than 50 cities worldwide, including London, Sydney and Toronto. The company is hoping to expand in Asia. With $255 million in funding, $85 million of which came from Singapore state-owned investment company Temasek in July, the startup is considerably better funded than its Asian rivals. But can it differentiate itself from the homegrown competition?

Singapore-based startup GuavaPass has raised $5 million and bills itself as the "largest healthy living community in Asia and the Middle East," with a presence in 12 cities across the region. The subscription-based fitness booking platform is on track to have more than 1.5 million users by the end of 2018, according to its founders, who are currently eying other markets, including China and India.

When GuavaPass launched in 2015, the concept of a curated fitness app was still novel to Singaporeans, president and CEO Rob Pachter said.

"We recognized that there was a gap in the market," he said. "A large part of our early months was spent educating people on how we work. Since then, the fitness scene has grown massively."

In lieu of a credit system, GuavaPass offers unlimited classes to members. Like ClassPass, the company touts its "exacting" quality standards in selecting studios and close working relationship with them. According to Pachter, the company has helped some studios it works with increase traffic and revenue up to eightfold.

GuavaPass complements its tech offering with community events and meetups. "The social side of group fitness has been key to our success," Pachter said.

Another homegrown competitor in the region is Malaysia-based Kfit. Joel Neoh and Yeoh Chen Chow quit running Groupon's Asia Pacific business in 2015 to launch the fitness platform, which has enlisted thousands of studios in Malaysia, the Philippines, Singapore and Hong Kong.

"We've been in the market for a while now and we feel that our reputation and understanding of the local markets will be our distinct advantage," Chow said.

KFit has raised more than $15 million from regional and international investors, including Sequoia Capital and Susquehanna. However, in a signal that fitness margins may be too thin on their own, the company has gradually expanded into local e-commerce -- acquiring Groupon Singapore, Malaysia and Indonesia -- and launching a "sister platform," Fave, which offers cheap deals in various categories.

The Asian market may offer a different set of opportunities for fitness app providers than the U.S. Like GuavaPass, New York-based ClassPass once offered unlimited classes to its customers, but set this model aside in 2016 because costs were unsustainable. In New York boutique fitness classes typically had cost around $30 per person and membership costs about $100. Members ended up going to far more classes than they were technically paying for, overcrowding studios and resulting in financial losses. However, this method may work in Singapore if demand is less and classes are cheaper. 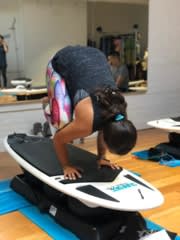 A teacher demonstrates a move at Surfset, one of the fitness classes offered on the ClassPass app, in New York's East Village.

"ClassPass is smart to bet on Asia's broader fitness industry. Investors are capitalizing on Asian consumers' appetite for fitness," said Anagha Hanumante, an intelligence analyst at CB Insights. "Global factors such as the proliferation of mobile technologies, coupled with a rising middle class and rapid urbanization, have enabled a burgeoning fitness tech ecosystem across the continent."

However, not all investors are rushing to pour money into fitness tech. Sports Capital Advisors, an Asian-focused sports and entertainment private equity investor, has so far not invested in startups such as GuavaPass or KFit.

In addition to offering a solid price point and partnering with a wide array of studios, John said, ClassPass would need to make its app "very user-friendly" to win over Asia's tech-savvy fitness buffs.

"The key differentiation is the user interface," he said.

ClassPass CEO Fritz Lanman said that the app's emphasis on personalization -- users are asked to rate each class and receive suggested fitness activities based on their input -- would set it apart from rivals.

David Cohen, co-CEO and founder of startup accelerator Techstars, where ClassPass originally launched, said that technology was not the only thing separating the company from its peers.

"ClassPass has always been a customer-focused innovator," Cohen said. "The company does a good job of listening to its users -- both consumers and the businesses they serve. I think they'll bring the same attitude toward listening and adapting to the Asian markets."

Those Asian markets, however, each carry a distinct set of challenges.

"Language will obviously be an issue, and how their system and back end are set up," said Alan MacCharles, a partner at Deloitte China. "Singapore's not a big market. Other markets are viable, but can they get the critical mass?"

While mainland China could offer the broadest reach, MacCharles said, taking advantage of it would likely require partnering with the Tencent or Alibaba ecosystem.

"I can see them making quick traction in the early days," he said. "The bigger issue is how the business model underneath works. Can they directly port what they did in the U. S.?"

"We want to be anywhere and everywhere where studio fitness exists," Lanman said.