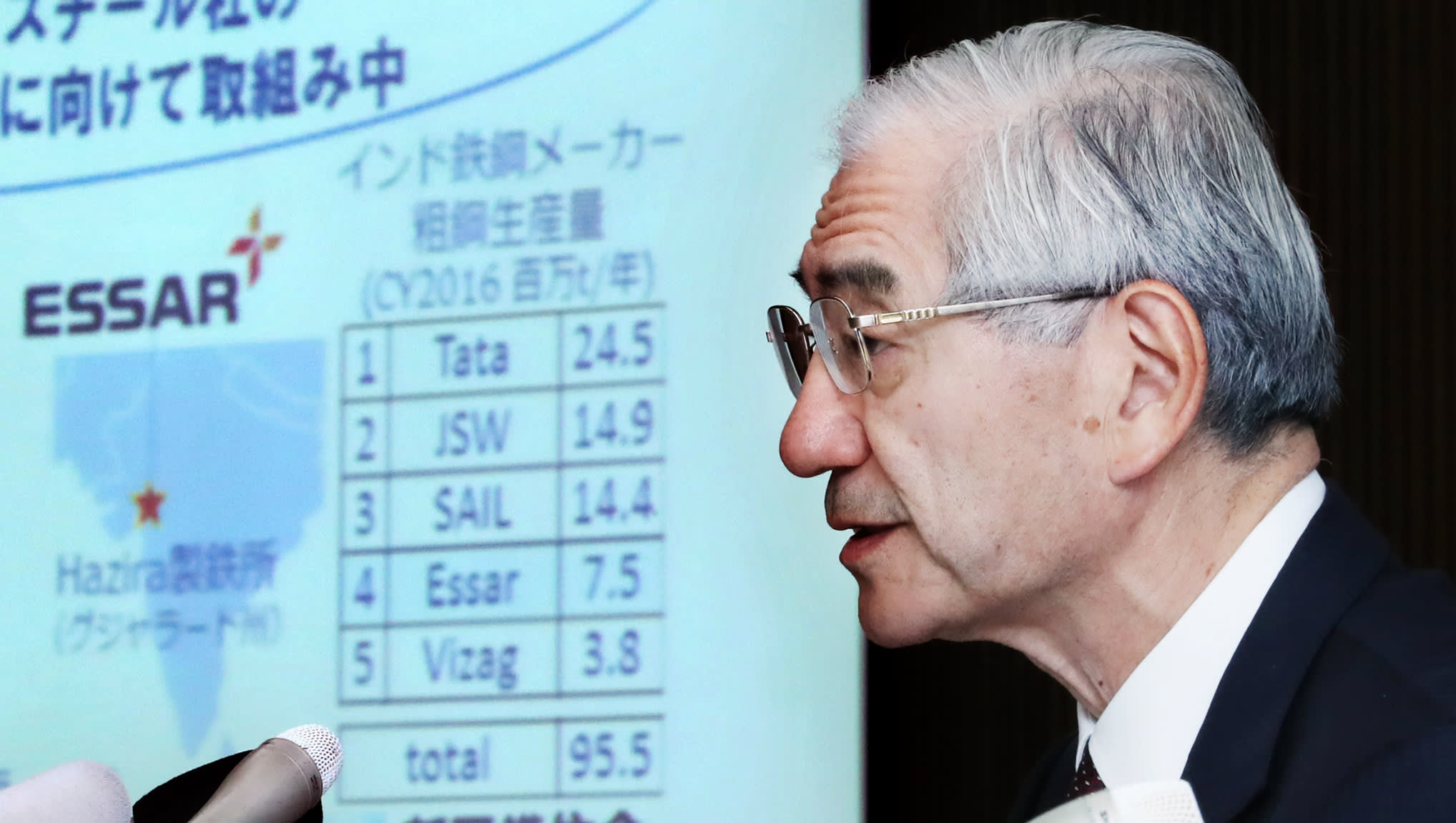 Tokyo-based Nippon Steel and Luxembourg-based ArcelorMittal signed an agreement on the acquisition the same day. The companies did not disclose the size of the deal.

"India is the next growth market after China," said Kosei Shindo, president of Nippon Steel in a news conference on Friday. "It's been our desire to operate an integrated steel production business" in India, ranging from smelting to casting, he said.

The acquisition forms part of a new, three-year business plan announced the same day calling for the Japanese steelmaker to invest a total of 600 billion yen ($5.7 billion) in modernizing existing plants and accelerating a shift to local production in emerging markets.

"India is one of the most promising steel markets in the world, with significant growth potential in the medium and long term," Nippon Steel said in a news release.

India is a market "where domestically produced steel products have a superior position," the company added as a reason for the acquisition. Essar produced 7.5 million tons of steel in 2016.

Nippon Steel has been looking for opportunities to launch full-fledged steel production in India, where demand is expected to increase along with the development of domestic infrastructure.

"Partnering with (Nippon Steel) for Essar Steel was always our intention and adds further strength to our offer," said Lakshmi Mittal, chairman and CEO of ArcelorMittal, in a statement.

"We believe that together, we can contribute our knowledge and technology to support a rapid turnaround in Essar's performance, enabling it to increase production, and enhance its product capabilities," Mittal added.

Part of the debt-laden Essar conglomerate, Essar Steel was put up for sale after being forced into insolvency proceedings last July.

Prior to the announcement, shares of Nippon Steel closed down 3.8% at 2,421 yen on the Tokyo Stock Exchange on Friday, a bigger loss than the broader market. The Nikkei Stock Averaged ended down 2.5% at 21,181.64 yen.