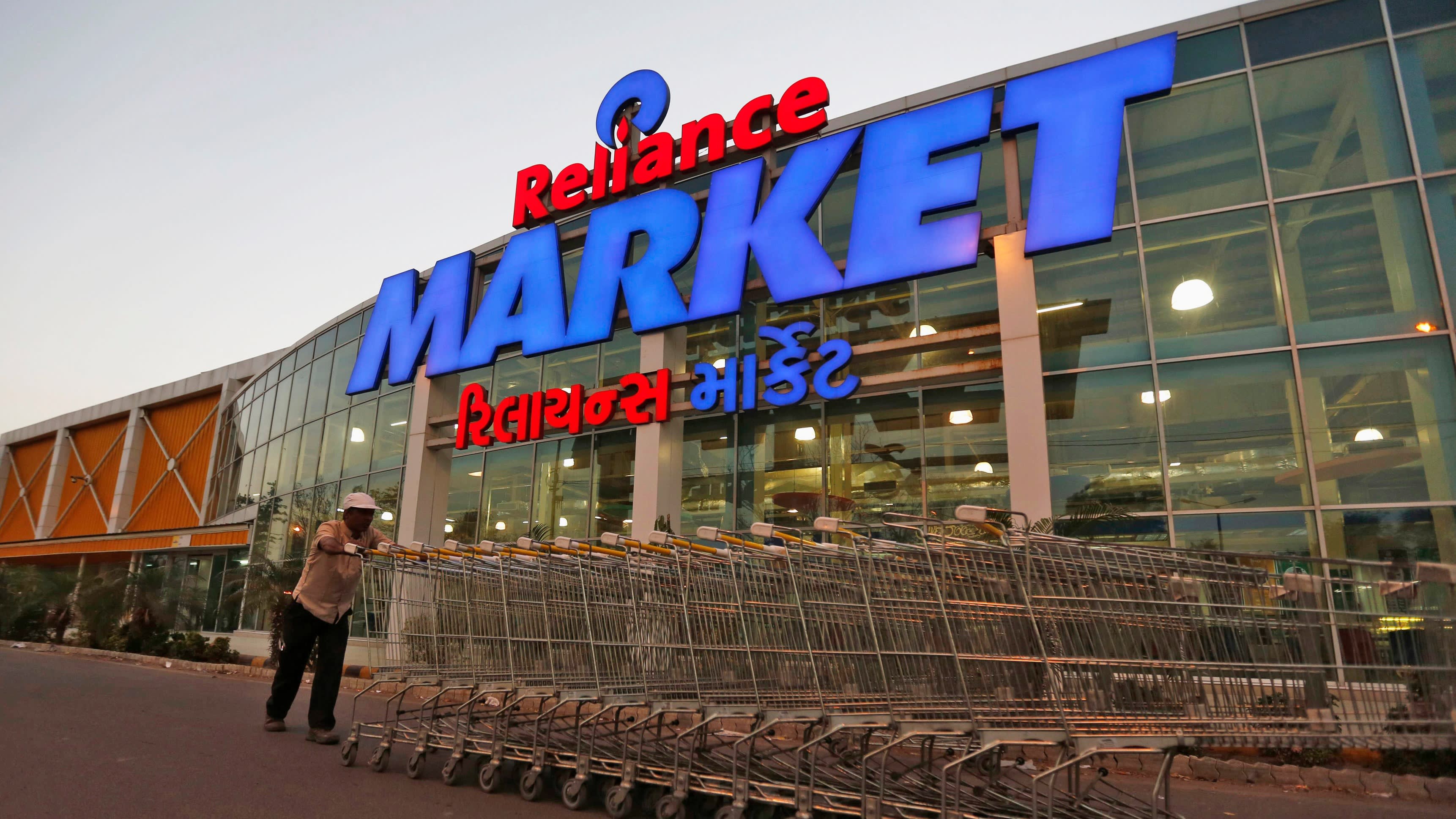 Reliance Retail's latest investments equip it with funds to compete in the Indian market against rivals such as Amazon and Flipkart, which is owned by Walmart.   © Reuters
ROSEMARY MARANDI, Contributing writerOctober 5, 2020 18:50 JST | India
CopyCopied

MUMBAI -- Reliance Retail Ventures, run by India's richest man, Reliance Industries' Mukesh Ambani, has raised roughly 248.9 billion rupees ($3.39 billion) in just one week from prominent global investors, which will allow the company to launch an assault on rivals such as Walmart-owned e-commerce company Flipkart of India and Amazon.

The investments from GIC, TPG, Silver Lake, KKR and others equip Reliance Retail with funds to compete in the Indian market, in both offline and online formats. Reliance Industries has shed a 7.28% stake in its retail arm for 321.97 billion rupees since Sept. 9, and comes as the country's retail sector prepares for the upcoming festival season.

It also follows Reliance's huge fundraising drive this year for Jio Platforms, the group's telecom and digital services company, which brought in $20 billion from investors such as Facebook, Intel and Google. The Indian conglomerate intends to divest minority stakes in its digital and retail businesses, and hold initial public offerings for each within five years.

Two upcoming Indian festivals, Navratri at the end of this month and Diwali in mid-November, are major events for retailers, with active purchasing by shoppers looking for clothes, electronics and even passenger vehicles. Companies respond to the spike in demand with heavy discounts and the launch of new products.

San Francisco-headquartered private equity firm TPG, the latest company to pump money into Reliance Retail, is investing 18.37 billion rupees for a 0.41% stake. That investment puts Reliance Retail at an equity value of 4.28 trillion rupees, Reliance said in a statement on Oct. 3.

That represents the second investments from TPG and Mubadala in a Reliance Industries subsidiary. Last year, the two had together invested around $2 billion in Jio.

"In the midst of this transformation, Reliance Industries has utilized technology and scale to position Reliance Retail as an incredibly strong, well-organized, and innovative leader," he said, adding that his firm is "excited to join with them as they seek to create a more inclusive retail industry."

"Silver Lake's additional investment is a strong endorsement of the tremendous potential of Indian retail and the capabilities of Reliance Retail," Ambani, chairman and managing director of Reliance Industries, said in the same statement.

Morgan Stanley served as financial adviser to Reliance Retail on all of the new investments.

Reliance Retail reported a net profit of 54.5 billion rupees and revenue of 1.63 trillion rupees for the fiscal year ended March.

The retail arm launched JioMart, an e-commerce venture, earlier this year. That initiative aims to connect mom-and-pop stores, called kiranas, with consumers. JioMart is active in more than 200 cities in India and is an important part of Reliance Industries' plans to reach new sales channels. The company has been trying to strengthen its consumer businesses, such as telecommunications and retail.

Ambani believes consumer businesses will fuel the next phase of growth for India's most valuable company by market capitalization. Reliance Industries recently disclosed details of its plan to hive off its oil-to-chemical business into a separate entity to draw new investors.