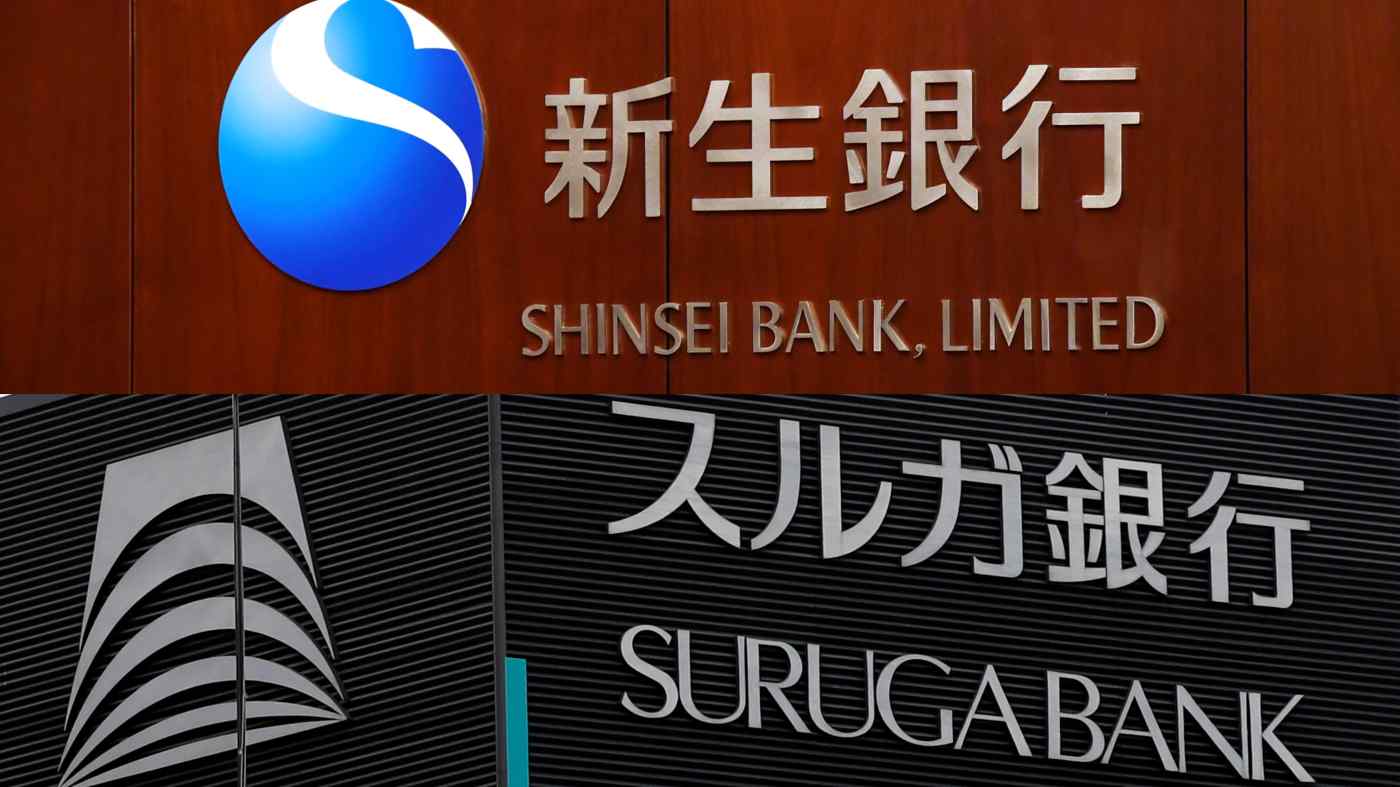 TOKYO -- Japan's embattled Suruga Bank is set to seal a tie-up deal with Tokyo's Shinsei Bank as it seeks to accelerate its rehabilitation.

The plan is for Shinsei to acquire several percent of the regional lender, based in Shizuoka Prefecture, southwest of the capital. The institutions would then cooperate on retail services, including home loans.

Suruga and Shinsei intend to announce the deal as early as Wednesday.

Suruga hopes to win back trust it lost last year in a scandal over falsified credit-screening documents for investment property loans. A number of employees were found to have actively engaged in misconduct. The Financial Services Agency last October banned the bank from offering new loans for investment properties for six months.

A subsequent internal investigation found that out of 1.7 trillion yen ($15.5 billion) in loans extended for investment purposes, inappropriate practices accounted for about 1 trillion yen. The probe uncovered flagrant fraud, such as falsification of passbook entries for borrowers, in cases involving a total of more than 500 billion yen.

Suruga developed a base of individual customers by targeting single women and foreign nationals. Under the tie-up, Suruga would take on requests for housing loans from customers who do not pass Shinsei's screening. Suruga would also consider outsourcing loan-guarantee services to Shinsei.

As Shinsei focuses on individual customers, too, the bank sees potential synergy with Suruga. Shinsei will consider providing its partner with liquidity support. The two banks will also explore opportunities in a wide range of corporate banking services, including asset securitization and business succession.