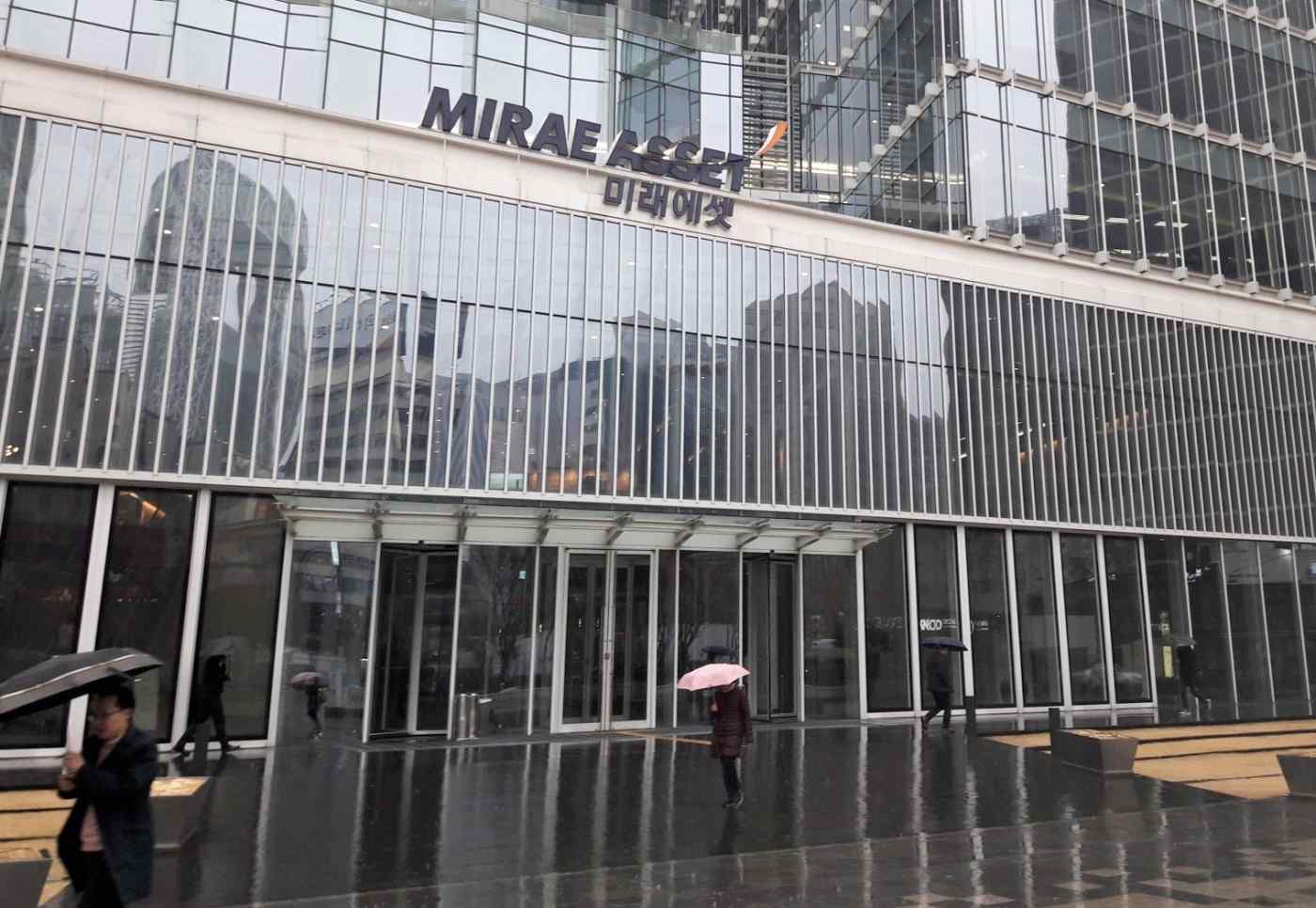 The acquisition, Mirae Asset's largest purchase of an ETF manager to date, is expected to be completed in the first half of 2018. It marks a step forward in the company's efforts to become one of the world's top 20 ETF managers.

Global X, established in 2008, had 11 trillion won of assets under management at the end of January. It operates 52 ETFs in four investment categories, including "innovation" and "resources."

The acquisition will boost Mirae Asset's net ETF assets by 50% to over $30 billion.

Mirae Asset's ranking among the world's ETF players will rise to 18 on a net asset basis, according to the company. Asia's ETFs need to crank up the volume

Mirae Asset has been aggressively pursuing acquisitions in the ETF business. In 2011, it bought Canada's Horizons ETFs Management (Canada) for about 140 billion won while adding Australia's BetaShares to its group roster.

These moves have given Mirae Asset a presence in Canada, Australia, Hong Kong, India and Colombia.

In November last year, the South Korean government designated the country's five leading brokerages, including Mirae Asset Daewoo, as "investment banks" in a push to create a South Korean version of Goldman Sachs.

The government has announced plans to allow the brokerages to use new fundraising methods to invest in promising startups to help them grow into "unicorns," startups valued at over $1 billion.

The government, however, has postponed granting fundraising and investment permits to four of the five brokerages, including Mirae Asset Daewoo, because of compliance problems, including past disciplinary actions by the country's Financial Services Commission.

To build its investment banking future, Mirae Asset needs to improve corporate governance as well as expand its business portfolio, said an observer.

In South Korea, some analysts do not regard financial groups as conglomerates. But the Korea Fair Trade Commission's report on conglomerates published in 2017 lists Mirae Asset Financial Group as the country's 21st largest conglomerate, with assets totaling 8.13 trillion won.

Park founded an investment company in 1997 when South Korea was suffering from a currency crisis and had to be bailed out by the International Monetary Fund.

Amid the financial turmoil, Park led the company's rapid growth, mainly by investing in depressed and undervalued financial assets.

But around 2000 when the South Korean economy nose-dived, Park incurred huge losses from investment funds he himself had set up, according to South Korean media. His funds focused exclusively on South Korean stocks, making them vulnerable to the country's economic woes.

Park learned bitter lessons from the setback, including the importance of investing in overseas business and assets, which Park is now doing aggressively.