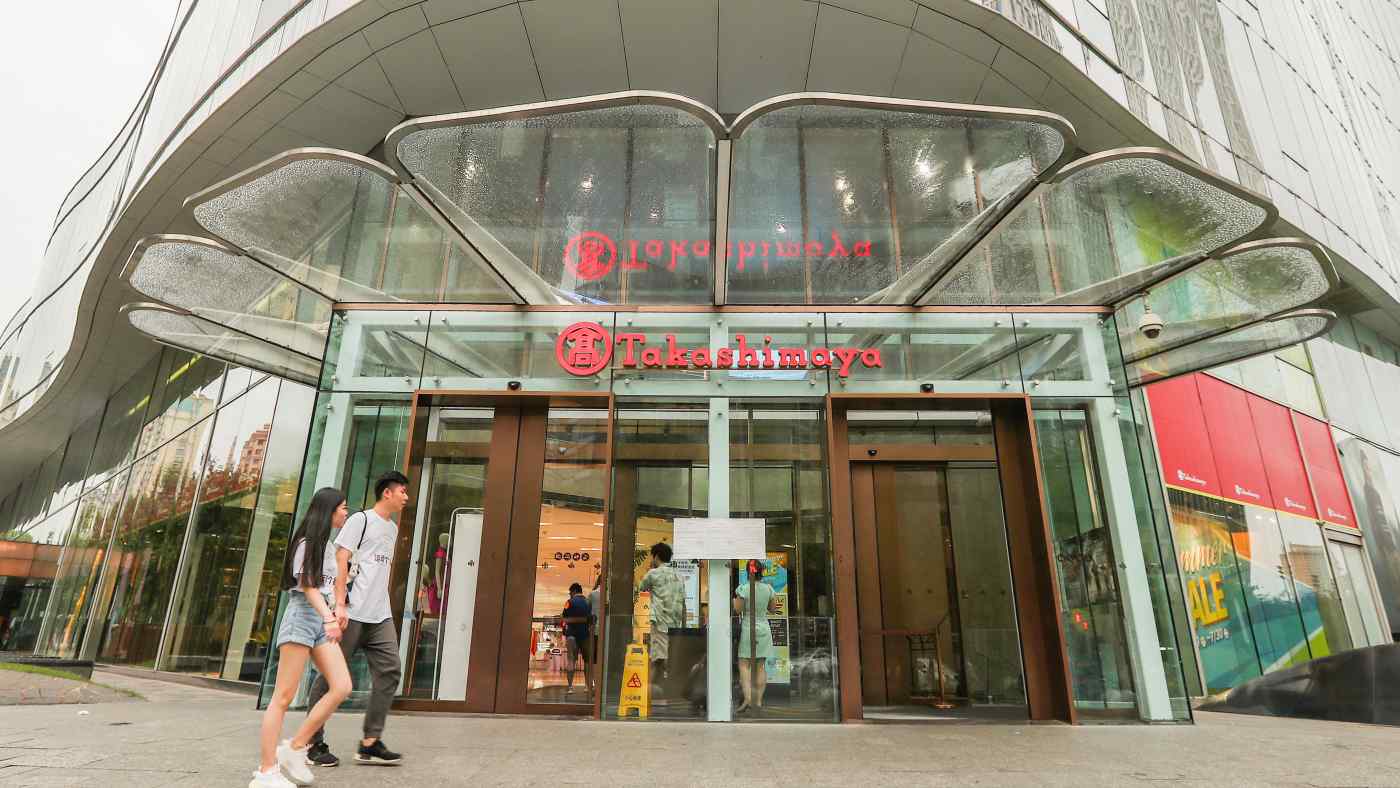 Takashimaya's outlet in Shanghai. The store has enjoyed popularity among the area's consumers, though it has never turned a profit.
AKANE OKUTSU and CK TAN, Nikkei staff writersAugust 23, 2019 17:41 JSTUpdated on August 23, 2019 18:51 JST | China
CopyCopied

TOKYO/SHANGHAI -- Japanese department store operator Takashimaya announced on Friday that it would continue to operate its store in Shanghai, the sole outlet it owns in China. The announcement came just two days before it had planned to shut down the facility.

"Due to support from the landlord and Shanghai Changning District, we can expect improvement in profitability of the business," Takashimaya said in a statement, having managed to negotiate a reduction in the rent.

Takashimaya Shanghai opened in 2012 and has never been profitable. The company did not comment on the amount of the rent reduction, or on when it expected the Shanghai store to turn a profit.

In late June Takashimaya announced plans to close its flagship store in Shanghai. "Unfortunately, rapid changes in the consumption structure and fierce industrial competition have exceeded our expectations," read a notice on the front door of Shanghai Takashimaya ahead of the latest announcement on Friday.

The impact on the fiscal year ending February 2020 was expected to be minor, the company said on Friday. Takashimaya initially expected a loss of 2-3 billion yen ($18.7 million to $28.1 million) to be incurred as a result of the dissolution and liquidation of the Shanghai subsidiary.

The Shanghai outlet had support from local consumers, explained a Takashimaya spokesperson. The store generated 3.2 billion yen in sales for the year ended February, up by about 1% from the previous year. The operating loss for the same period was 900 million yen.

Takashimaya has not revealed what kind of assistance it received from the Chinese government in order to resume operations but behind-the-scenes negotiations might have included tax incentives as well as the rental support.

The store's location in Shanghai's Hongqiao area is surrounded by affluent residences popular with Japanese and South Korean expatriates. The local government, which projects Shanghai as a world-class city, likely could not afford to lose Takashimaya after French retailer Carrefour recently sold most of its local arm.

In June, Carrefour sold 80% of its equity interest in its local unit to Chinese retailer Suning.com after being in the red for years.

Friday's announcement has taken many in China by surprise. Some netizens on social media ridiculed Takashimaya's reversal, with one, costeausolo 1979, writing: "Regain confidence and reboot again, what a joke."

Another user, Elite, doubted Takashimaya's prospects: "The problem with Takashimaya is its location, which is far away from the main road and the poor goods on offer. Probably only ghosts will shop there."