BANGKOK -- Thailand's largest conglomerate, Charoen Pokphand Group, will be taking back into its fold a cherished domestic retail unit if its purchase of British grocer Tesco's Thai and Malaysian operations is approved later this year.

CP Group is set to buy Tesco Lotus, which runs 1,967 Thai stores, and Tesco Malaysia, the operator of 68 shops, through the conglomerate's convenience store arm CP All and three other units for $10.57 billion.

CP tussled with other Thai conglomerates TCC Group and Central Group over the Tesco deal before outbidding rivals in what will become one of Thailand's biggest acquisitions ever and one of Asia's largest this year.

The return of Tesco Lotus to CP Group will be the realization of a decades-long wish for the 80-year-old. Dhanin is son and nephew of the group's co-founders. After taking over the family business in 1969, he expanded the company well beyond its agribusiness roots. The food, retail and telecom conglomerate now generates revenues of over $60 billion a year.

CP formed the Lotus Supercenter chain in 1994 under Dhanin's leadership. But after the Thai baht collapsed in July 1997 and triggered a wider financial crisis in Southeast Asia and beyond, the group sold 75% of Lotus to Tesco the following year. The rest was sold in 2003. 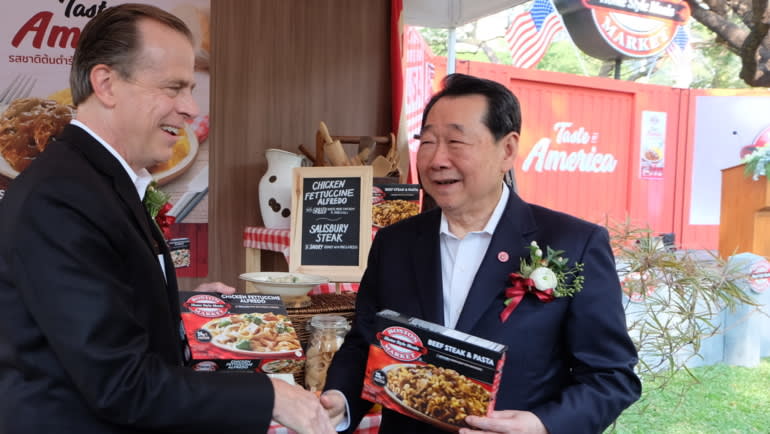 "To protect CP Group, I made a momentous decision," Dhanin wrote in a serialized autobiography published in the Nikkei Asian Review in 2016.

"The currency crisis was the biggest challenge I had ever faced as head of CP Group, but thanks to an early response, we managed not only to avert bankruptcy but also to make our core operations even stronger."

Dhanin rebuilt his group with a focus on the food business, while also expanding into convenience stores and telecommunications. CP All now runs over 11,000 7-Eleven stores in Thailand, generating nearly 30% of group sales in the retail segment.

Having branched into China, CP also has transformed into one of Asia's leading conglomerates. The group in 2013 bought back Siam Makro, the cash-and-carry chain it had sold to Dutch group SHV after the currency crisis.

In the autobiography, Dhanin expressed interest in reclaiming the Lotus business. "We want to buy back Lotus [now Tesco Lotus] as well, but we have not yet been able to reach an agreement to do so," he said.

Emotional attachment aside, the purchase of Tesco Lotus will bolster CP's weak grocery chain business and expand the group's share of Thailand's grocery market to 60% in terms of retail sales, according to Euromonitor data.

The deal also lets CP enter Malaysia's food retail market, where it will emerge as the industry leader with a 15% share. The purchase offers "a foothold" in Malaysia, said Kriengchai Boonpoapichart, chief financial officer of CP All.

Tesco Lotus is expected to have strong synergies with CP's mainstay food business. CP Group in 2013 bought back Siam Makro, the cash-and-carry chain it had sold to Dutch group SHV after the Asian currency crisis.   © Reuters

"I can raise this child to achieve even greater potential, by applying new technologies, new things and new people," Dhanin said in the same local media interview. "I am confident that we can make it even better, not just by little, but by far, and it will be a hub to distribute fresh items by CP," he added.

Dhanin's confidence came from his experience in China. Even after he sold off his Thai grocery business to Tesco, he kept expanding his Chinese grocery store business under the Lotus brand, and survived through strong competition with Western giants like Walmart and Carrefour and new-economy e-commerce sites like Alibaba Group Holding.

Dhanin said he wants CP All Vice Chairman Korsak Chairasmisak to take over as chairman of Tesco Lotus once the acquisition is complete.

Korsak has been on CP All's executive team for two decades, even though he was involved in an insider-trading case when the group bought back Siam Makro and was fined by the Securities and Exchange Commission along with two other executives. "I support talented people," Dhanin said. "Korsak has my full support."

The CP-Tesco deal also highlights the retreat of European retailers from Southeast Asia.

European retailers like Tesco face a turning point in the region, where they had expanded aggressively while local peers were bruised by the currency crisis. French retail company Casino Group acquired Big C hypermarket from Central Group in 1999.