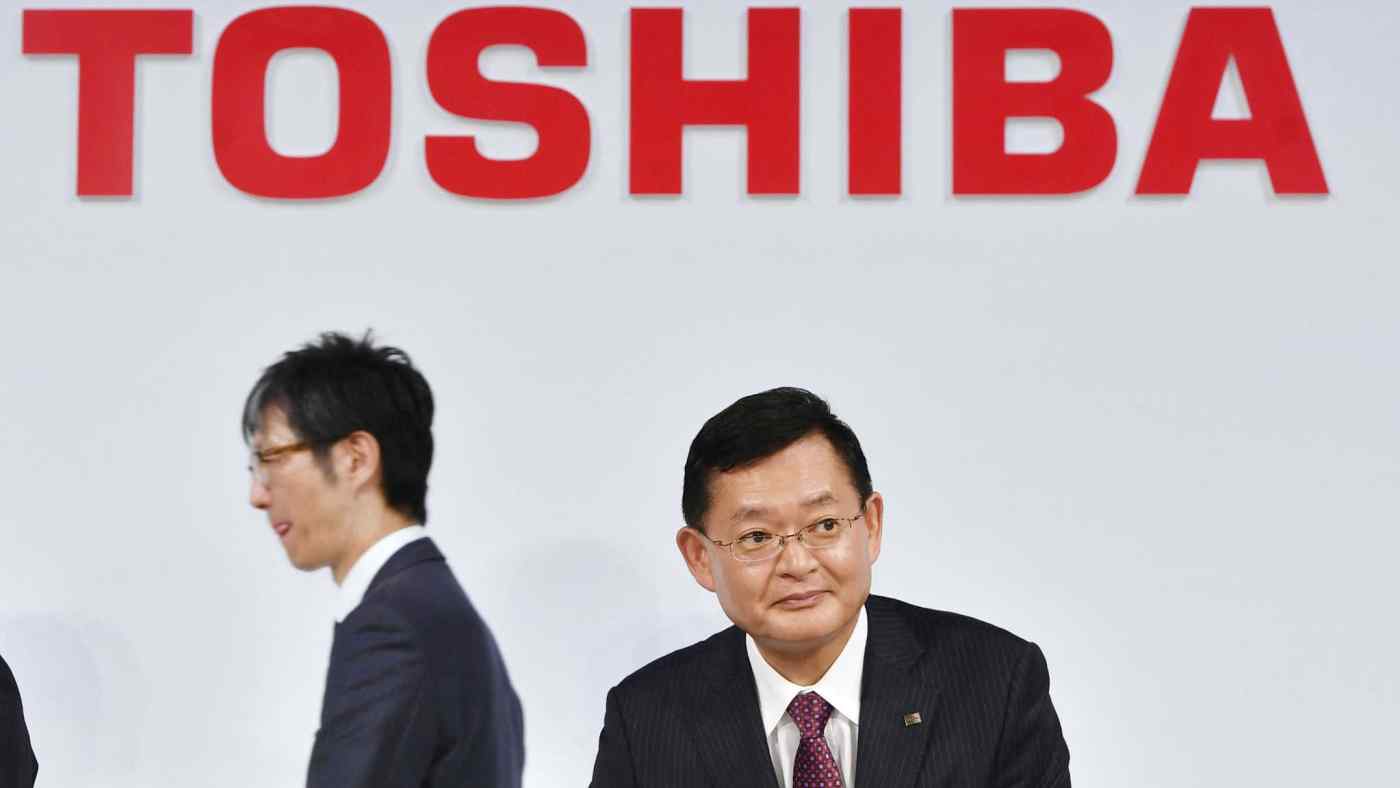 TOKYO -- The $20 billion buyout offer for Toshiba by CVC Capital Partners gives the Japanese conglomerate a chance to part ways with activist investors and focus on growth strategy. But the deal faces a number of hurdles involving investors, management and regulators.

Toshiba confirmed Wednesday that it received an "initial" proposal from the global private equity firm. "Discussions have only just begun," a company executive said after a board meeting Wednesday morning.

CVC is aiming for a 30% premium to Toshiba's share price, which would put the value of the deal at nearly 2.3 trillion yen ($20.9 billion) based on Tuesday's close -- a sizable investment that would be risky for CVC on its own. The firm is expected to recruit other investment funds to participate, and names such as KKR have been floated as potential candidates.

In addition to finding investment partners, CVC will need to satisfy existing shareholders. An overseas institutional investor with a stake in Toshiba sees the Japanese industrial group's market capitalization eventually rising to around 3 trillion yen to 4 trillion yen, based on comparisons with rival companies such as Siemens.

If CVC is seen as making a lowball bid, "another fund will make a competing proposal, and it'll turn into a bidding war for Toshiba," a securities analyst said.

Trust in Toshiba, one of corporate Japan's biggest names, had been eroded by an accounting fraud uncovered in 2015 and a later financial crisis sparked by massive losses tied to a U.S. nuclear subsidiary. To climb out of a financial hole, Toshiba raised its capital by 600 billion yen in 2017, inviting many overseas investors, setting the stage for disputes with activist investors.

Further governance problems came to light last year, including fake transactions that inflated sales at a subsidiary and votes for a shareholder proposal that improperly went uncounted. These incidents have intensified Toshiba's clashes with activist investors.

The company just made a long-awaited return to the Tokyo Stock Exchange's first section in January. Accepting CVC's proposal and exiting public markets entirely would represent a major shift in its strategy. The company will have to persuade investors who have bet on Toshiba's future growth as a public company to give up their holdings.

"We'll need to give a careful explanation to investors, suppliers and other stakeholders," a Toshiba executive said.

While Kurumatani is no longer with CVC, some experts still note potential legal risks.

"There's a conflict of interest, broadly speaking," said an attorney involved in mergers and acquisitions within and outside Japan. "Problems could arise concerning stock options or executive liability if they don't handle it carefully."

Regardless of Toshiba's decision on the proposal, transparency will be critical to gaining acceptance from shareholders. "A special independent committee will be needed to avoid a conflict of interest," said Wataru Tanaka, a professor of corporate law at the University of Tokyo.

Regulators pose a potential roadblock as well. Revisions to Japan's Foreign Exchange and Foreign Trade Act require advance notification and screening of any move by a foreign investor to buy 1% or more of a company involved in fields related to national security. This applies to Toshiba due to its involvement in the nuclear industry.

The company's 40% stake in chipmaker Kioxia Holdings -- formerly known as Toshiba Memory before its spinoff and and sale -- may present another issue. Semiconductors have come to be seen as increasingly important to economic security amid the ongoing trade tensions between the U.S. and China.

About half of Kioxia is owned by a special-purpose company formed by a consortium led by Bain Capital. If Toshiba is acquired by CVC, about 90% of the chipmaker will be in non-Japanese hands.

If CVC "will go so far as to interfere in Toshiba's management, the Japanese government cannot overlook that" given the company's involvement in defense-related sectors, Hakubun Shimomura, policy research chief of the ruling Liberal Democratic Party, told reporters Wednesday.

"The government's response will be determined by what Toshiba does going forward," he said.

The signs are not all negative on this front. "We can't say it's good or bad just because it's a foreign company," a senior industry ministry official said.

Some in the ministry argue that the deal may not necessarily be a bad thing if it's a management buyout that enables the company to be run on a more even keel.