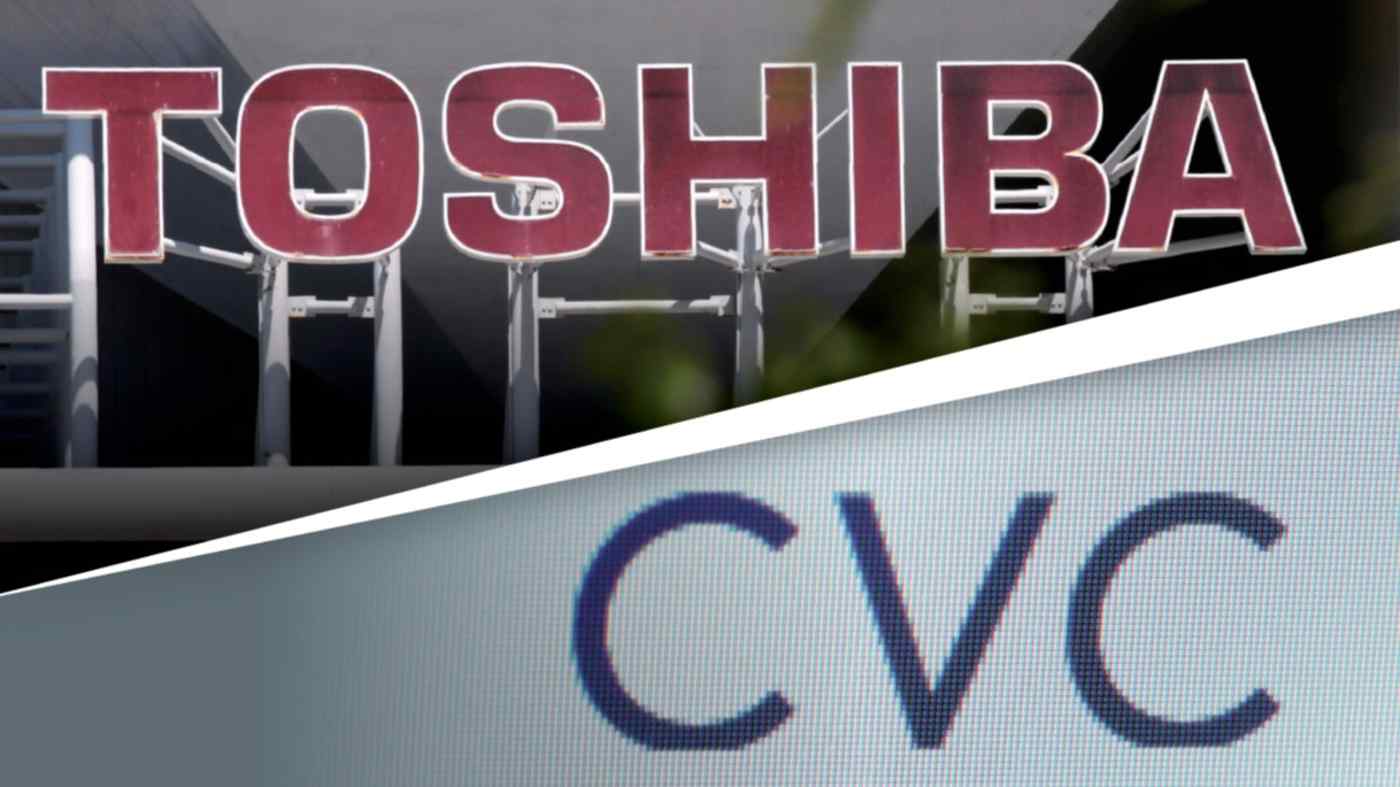 CVC's plans have been complicated after the resignation of Toshiba's CEO, who clashed with activist investors. Formidable regulatory hurdles also loomed for any deal.

The private equity group told Toshiba on Monday that it would "step aside" to await Toshiba's guidance as to whether privatization would fit with the Japanese company's strategic objectives, according to a Tuesday statement by Toshiba. The conglomerate said, however, that it would not be able to evaluate CVC's initial proposal without further details.

"The nature of our business would demand that any consideration of such a proposal must include a thorough review of the acquirer's capital structure and the specific management policies post-acquisition, as well as the assurance of compliance with national security laws, foreign investment regulations and competition laws," Toshiba said. "As this preliminary proposal lacks the required information the board has concluded it is not possible to evaluate it."

Shares in Toshiba were down 4.6% at 4,150 yen in Tokyo on Wednesday morning, having at one point fallen almost 6%. CVC's initial plan had proposed a price of 5,000 yen per share.

Toshiba had received on April 6 a nonbinding preliminary proposal from CVC to take Toshiba private, with CVC planning to present a formal, detailed proposal to Toshiba about 10 days later. But it could not present a detailed plan as scheduled, apparently because it struggled to secure Japanese partners and financing for its offer.

Because Toshiba is involved in nuclear energy, which the Japanese government considers a "core" industry, any acquisition of the company would need to pass government screening. CVC in its preliminary offer had planned to enlist the cooperation of the state-backed Japan Investment Corp. and the Development Bank of Japan in its buyout, which was widely considered a necessity for it to obtain the government's go-ahead.

But on April 14, after receiving the preliminary proposal from CVC, Nobuaki Kurumatani stepped down as Toshiba's president and CEO. Kurumatani, who had lost support from activist funds, was replaced by Chairman Satoshi Tsunakawa. Because Kurumatani once led CVC's Japan arm, the buyout proposal had raised a potential conflict of interest.

In most cases, such acquisitions are paid for partly by the funds themselves and partly by outside financing. But financial institutions often hesitate to finance hostile takeovers without support from the targets' boards, and many industry insiders had thought the CVC deal was unlikely to go through.

Toshiba cannot readily turn down an offer that would give shareholders an opportunity to unload their holdings at 5,000 yen per share, a premium over the current price. But without a formal proposal, Toshiba had nothing to work on.

Toshiba on Tuesday also disputed claims by CVC that its shareholder structure was hurting its corporate value, signaling its reluctance on privatization. While Toshiba does not rule out the possibility of going private, it believes that taking advantage of the merits of being a publicly held company increases its corporate value, it said.

"We are proud of the hard work which enabled the company to return" to the first section of the Tokyo Stock Exchange "after three and a half years," Toshiba said. Tsunakawa has also expressed his focus on communicating with shareholders, signaling a shift from Kurumatani's often-fraught relationship with activist investors. Approval for the old CEO had sunk to about 57% at last year's general shareholders meeting.

Still, it remains to be seen whether Toshiba's new leadership can boost its stock price enough to satisfy its activist investors, which along with other funds are believed to hold more than a 20% stake in the company.

"We seek an explanation on whether Toshiba's board gave the buyout offer the consideration it required," a source at an activist shareholder said.

At the general shareholders meeting last year, shareholder 3D Investment Partners had valued Toshiba shares above 6,500 yen. Even if the CVC offer falls through, Toshiba's board will continue to face pressure to lay out plans to bolster the company's value as it faces reelection as early as June.