Toyota to invest $907m in Suzuki to boost self-driving tech 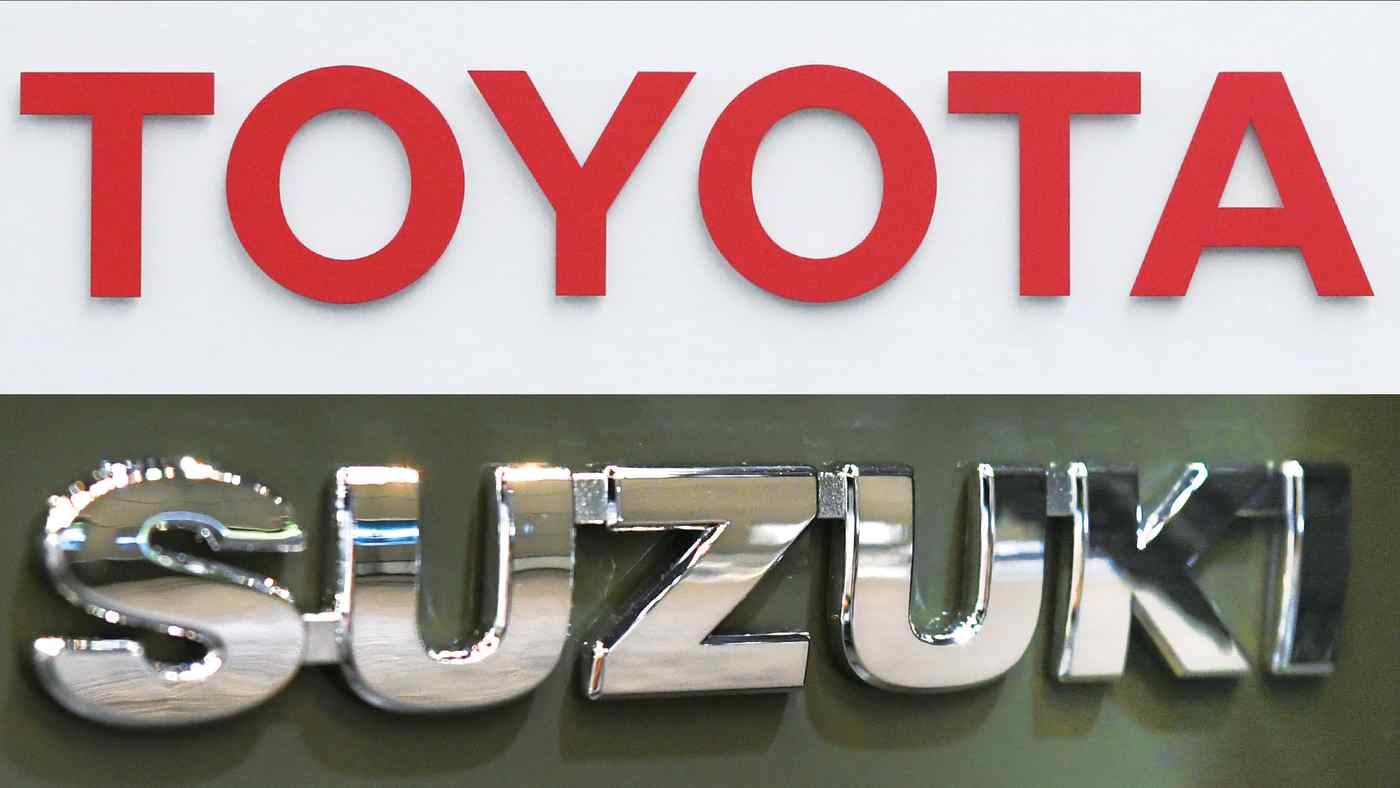 In 2017, Toyota and Suzuki announced a comprehensive partnership in environmental and safety technology. An equity tie-up will help solidify their cooperation.
Nikkei staff writersAugust 28, 2019 15:51 JSTUpdated on August 28, 2019 18:15 JST | Japan
CopyCopied

TOKYO -- Toyota Motor will invest 96 billion yen ($907 million) in Suzuki Motor, taking a stake of about 5% in the company, while Suzuki put about 48 billion yen of its own money into Toyota, forging an equity tie-up that will expand their ongoing technology partnership, Nikkei has learned.

The two automakers announced the capital alliance on Wednesday. They plan to work together on self-driving and other new technologies as the industry faces radical changes.

Toyota and Suzuki announced the tie-up in a joint news release on Wednesday, calling the execution of the capital alliance agreement the product of sincere and careful discussions between the two companies that will serve to promote future collaboration.

Toyota sold 10.59 million vehicles worldwide in 2018, making it the No. 3 automaker behind Germany's Volkswagen, which sold 10.83 million cars, and the French-Japanese alliance of Renault and Nissan Motor. Including Toyota's investments in Mazda Motor and Subaru brings its total sales to 13 million cars, rising to 16 million if Suzuki is included.

In 2017, Toyota and Suzuki announced a comprehensive technology partnership, focused on emissions and safety. Toyota is further along than Suzuki in electric cars, and provides it with hybrid vehicle technology. Suzuki is working with Toyota to roll out electric vehicles in India, where it has a strong foothold.

Toyota President Akio Toyoda and Suzuki Chairman Osamu Suzuki have both previously said they would "carefully consider" an equity tie-up. The two have decided that stronger financial ties are needed to solidify their cooperation on environmental and information technology, as well as joint development of components and products over the medium to long term, according to sources.

The timing of the deal comes amid rapid change in the auto industry. Semiconductor and telecommunications technologies are advancing, heating up the race to develop connected and self-driving cars.