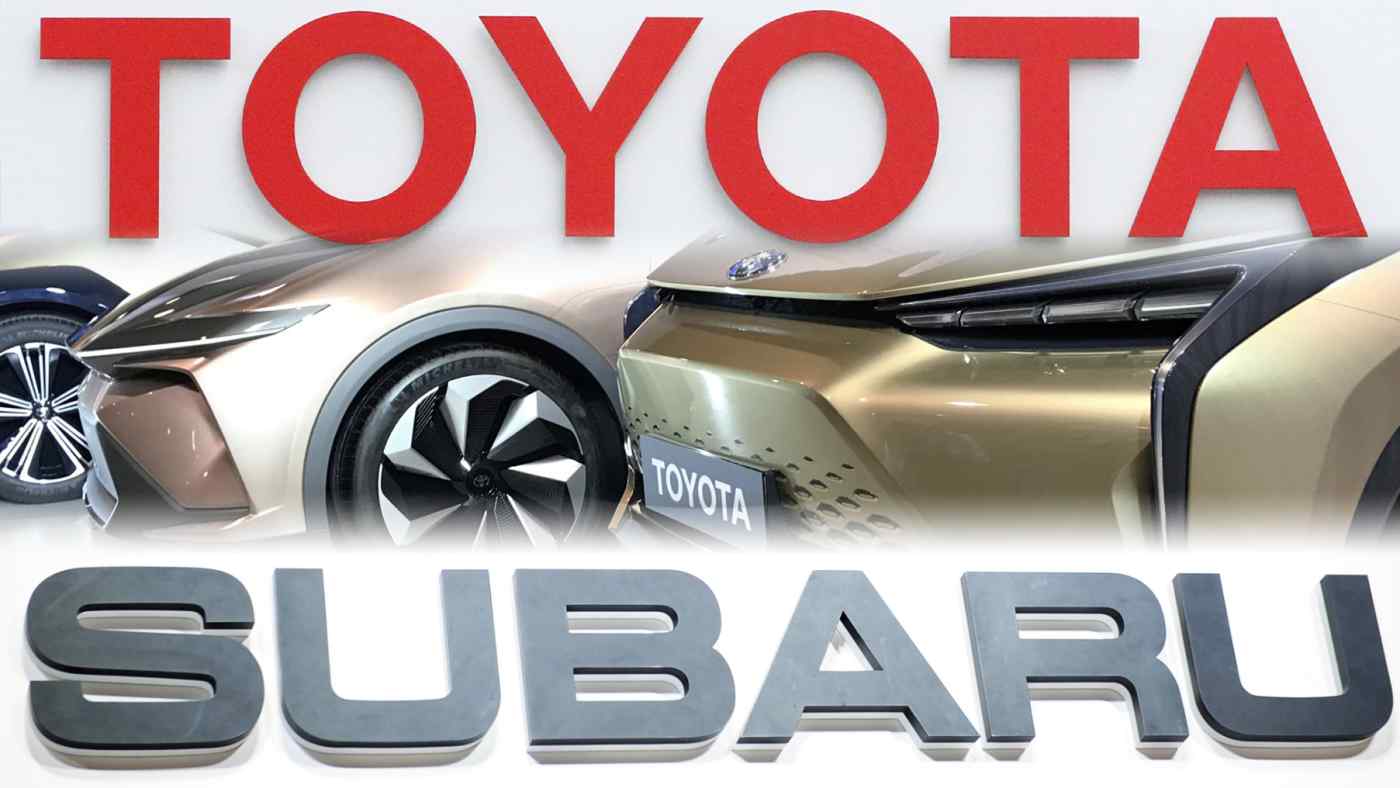 NAGOYA, Japan -- Toyota Motor announced on Friday that the company will turn Subaru into an equity-method affiliate, expanding the 14-year-old partnership between the Japanese automakers to invest more effectively in new technologies.

Toyota will raise its stake in Subaru above 20%, from around 17% now, under a broad agreement that also involves closer cooperation in new areas. The move is expected to cost about 80 billion yen ($742 million), based on Subaru's market capitalization.

By making Subaru an equity-method affiliate, its bottom line will be reflected in Toyota's consolidated earnings, essentially bringing Subaru into the Toyota group.

Subaru will invest about the same amount to take a stake of less than 1% in Toyota. Both are expected to hold board meetings Friday to decide on the deal.

The agreement aims to solidify the automakers' partnership and allow for more flexibility in research and development. It would give them greater wherewithal to make the massive outlays needed to keep pace with competition from rival automakers and tech companies in emerging technologies referred to as CASE -- connected, autonomous, shared and electric vehicles.

The two automakers intend to work together on self-driving and connected autos, and will consider jointly developing new models, including four-wheel-drive vehicles -- a Subaru specialty -- and sports cars. Toyota and Subaru announced plans in June to develop an electric SUV to be sold under both companies' brands, slated for release in the early 2020s.

The partnership dates to 2005, when General Motors dissolved its tie-up with Subaru, then known as Fuji Heavy Industries, and sold much of its stake in the company to Toyota.

Toyota has offered Subaru know-how on cost-cutting and the kaizen philosophy of continuous improvement, while Subaru has manufactured autos for Toyota, including the Camry sedan and the 86 sports car. Subaru also has worked on plug-in hybrids using systems supplied by Toyota. Though Subaru's earnings have been solid, the automaker has yet to fully regain consumers' trust after a series of fuel-economy-related scandals that began in late 2017.

Subaru's relative lack of progress on developing electrics and other next-generation vehicles seems to have driven the decision to bolster its relationship with Toyota. For Toyota, closer cooperation with Subaru will help it more quickly develop new technology while spreading out investment risks.

Toyota had pursued what it called a strategy of "creating friends and allies," putting little weight on capital ties, but the rapid rise of new technologies has spurred the company to seek deeper relationships.

The automaker announced a capital alliance with Suzuki Motor in late August, taking a 5% stake in the compatriot, and has a similar tie-up with Mazda Motor. The cross-shareholdings aim to show that the partners are on an even footing with Toyota, while also improving cohesion within the group.