US investor bids to keep China out of Philippine shipyard

Alliance with Australian shipbuilder has backing of local Navy 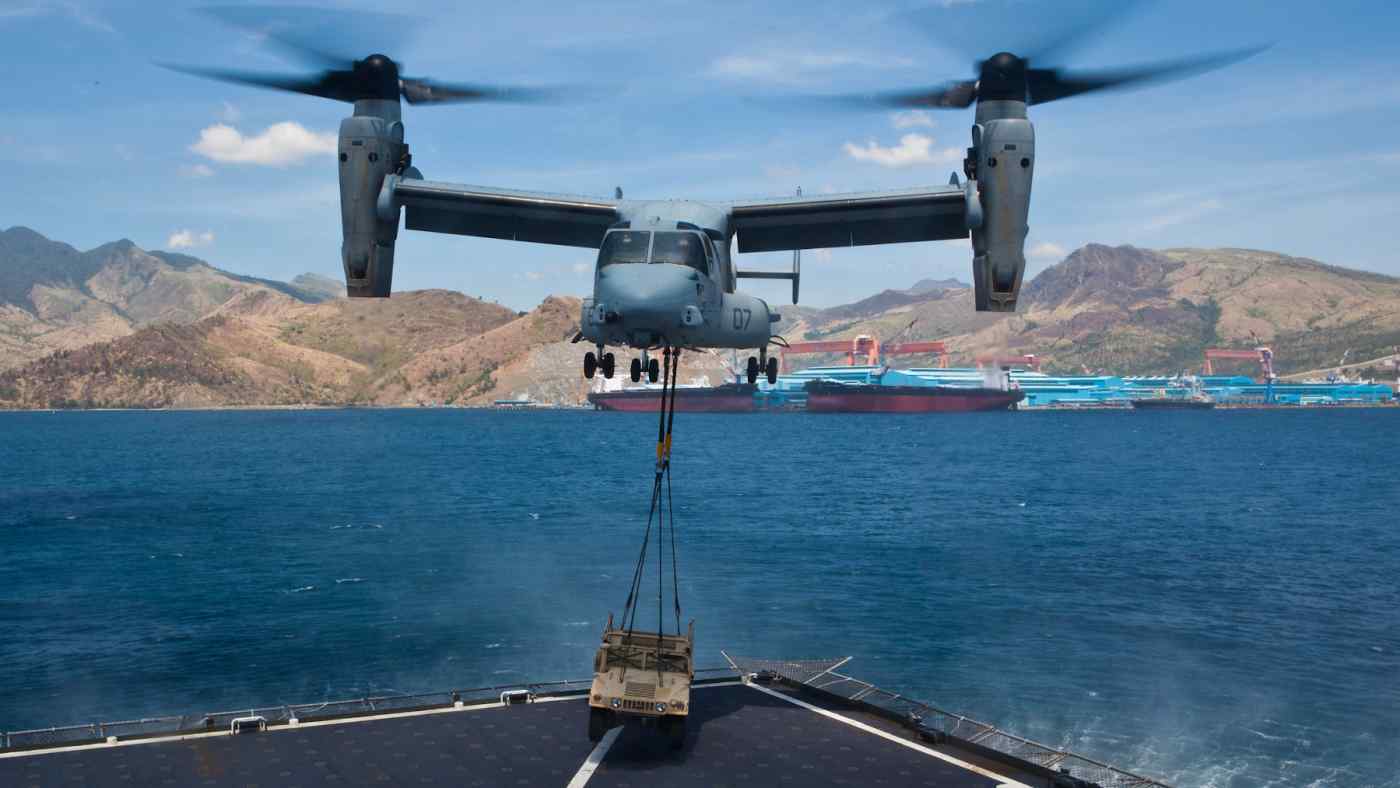 Executives close to the deal have told the Nikkei Asian Review that the offer was still subject to negotiations with creditors of the shipyard, which collapsed earlier this year after its owner -- the local unit of South Korea's Hanjin Heavy Industries and Construction -- defaulted on $1.3 billion in loans.

The initial offer was "reconfirmed this month," a senior source close to the deal told Nikkei, who requested anonymity because the negotiations are confidential. "Things are proceeding very well and we expect to complete early next year."

While the exact terms of the deal remain secret, confirmation of the formal offer bolsters hope for a revival of the 300-hectare shipyard, which is located in an area that once hosted the U.S.'s largest overseas defense facility and which sits at the heart of the strategically important South China Sea.

China's militarization of the vital waterway, which carries an estimated one-third of global shipping valued at around $3.4 trillion a year, has raised regional tensions and undermined relations with Washington and other U.S. allies.

It has also prompted the revival of the so-called Quadrilateral Security Dialogue between the U.S., Australia, Japan and India, which aims to counter China's grab for regional power.

China's claims to more than 80 percent of the South China Sea overlap with a number of countries including the Philippines, which won an international court ruling in 2016 that rejected China's claims.

But after his election in 2016, Philippines President Rodrigo Duterte set aside the court ruling in return for closer ties with Beijing, which has since committed to investments worth around $45 billion, covering steel mills, industrial hubs, railways, bridges and power plants. Duterte has also tried to distance the Philippines from Washington, the Philippines only formal military ally.

Before the yard's collapse, it poured in $2.3 billion investments in Subic, and provided over 30,000 jobs to locals who built over 120 vessels since its opening in 2006. Austal plans to build military and passenger vessels if it secures a deal.

Philippine Navy Chief Vice Admiral Robert Empedrad told the Nikkei Asian Review in an interview on Tuesday that the Austal-Cerberus consortium has the strong backing of the Navy, which remains steadfastly opposed to any Chinese takeover of the shipyard on national security grounds.

Listed in Australia with a market capitalization of around $1 billion, Austal has close ties with the U.S. Navy, having won a number of key shipbuilding contracts. Austal is also in the running to win a $600 million contact to build six patrol boats for the Philippine Navy, which the Australian government has offered to help finance. Empedrad said the Navy plans to secure a portion of the shipyard and "transform it into a premier naval base" after the shipyard secures a new owner.

"We have been looking for a base where we can put our new capabilities because our frigates are arriving... even our future submarines can be housed there," Empedrad said.

President Duterte in May ordered defense officials to study options on how the Philippine Navy can establish a presence in Subic Bay, which was converted into a special economic zone after the U.S. withdrew from area in 1992.

Empedrad said the U.S. and Australia were also eyeing the yard as a possible ship repair and maintenance facility in case the Austal-Cerberus consortium secures a deal to takeover the asset.

Citing the successful cooperation between the Philippines, Malaysia and Indonesia reducing the "piracy incident and hostage at sea to zero" in the southern Philippines, Empedrad said having U.S. and Australian naval presence at Subic Bay could bolster national security.

"We can duplicate that set up here in the north, whether with US or Japan or Australia. It's better if we work together," Empedrad said.

The Philippine Navy's position carries weight with other government agencies when it comes to vetting foreign investments, especially in strategic areas.

The Department of Trade and Industry withdrew its support for Chinese companies eyeing the Hanjin shipyard after the Navy expressed alarm, Nikkei reported in May.

The owners of Grande Island resort in Subic Bay, meanwhile, were also forced to look for new investors after the government rejected a $298 million investment from Chinese resorts developer the Sanya Group.

Empedrad said the Navy will also keep an eye on a Chinese company which is reportedly eyeing a $2 billion "smart city" development in the strategically important Fuga Island in north of the Philippines.

"If that news is true, we go there first, we build our bases because it's our land," he said.