US ride-hailing group to hold 27.5% stake and send exec to Singapore rival 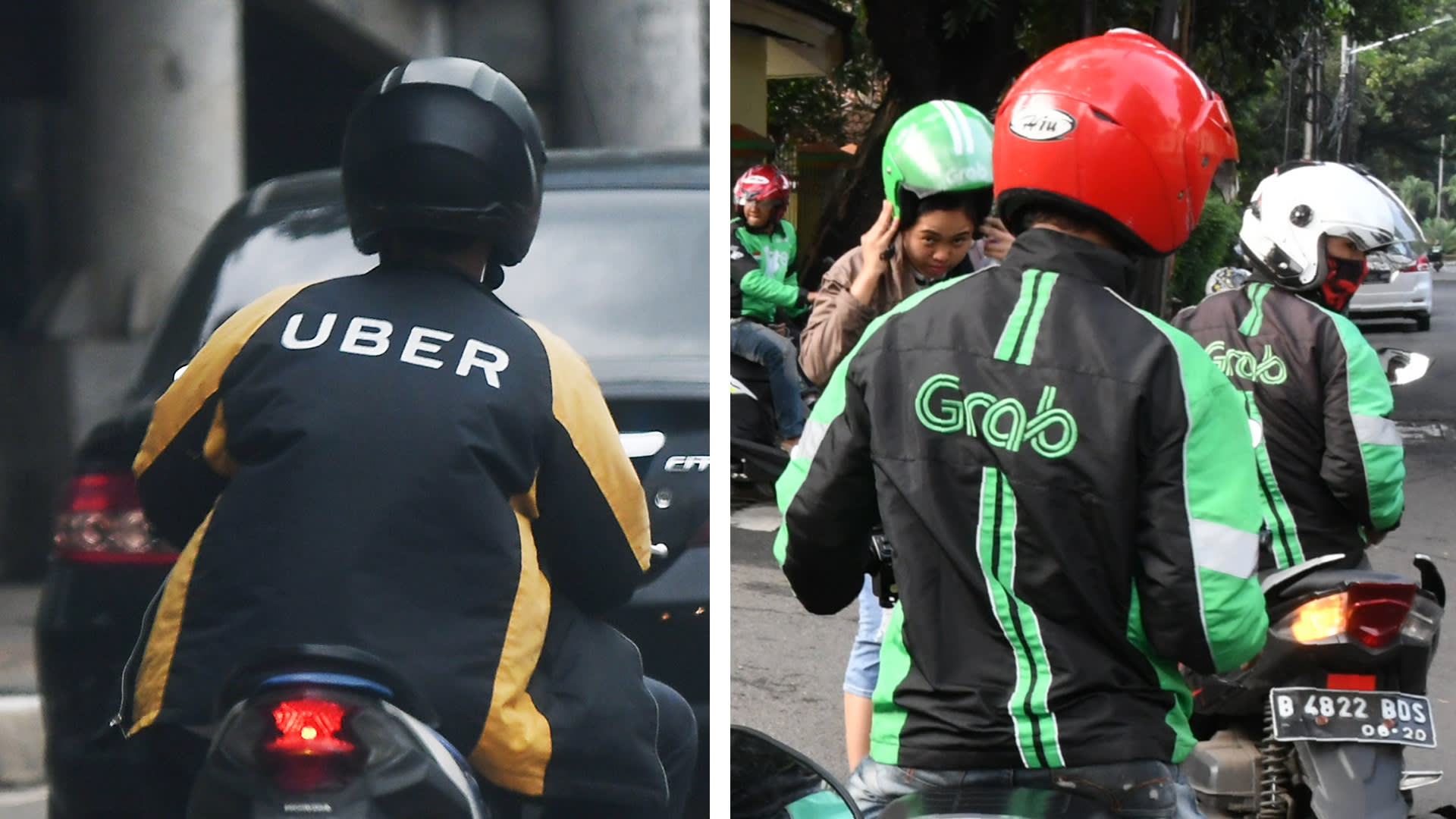 Uber and Grab drivers in Jakarta (Photo by Takaki Kashiwabara)

SINGAPORE/TOKYO -- U.S. ride-hailing company Uber Technologies has decided to sell its Southeast Asian operations to Grab, in effect of ceding the region to its already-dominant rival after a long and bruising fight.

Singapore-based Grab announced the acquisition on Monday. Uber will receive a 27.5% stake in Grab, and Uber CEO Dara Khosrowshahi will join Grab's board, giving it continued exposure to the Southeast Asian market.

"Today's acquisition marks the beginning of a new era," said Grab's Group CEO and Co-founder Anthony Tan. "The combined business is the leader in platform and cost-efficiency in the region," he said.

Uber has sought to compete with Grab through alliances with such partners as ComfortDelGro, Singapore's largest taxi operator, and Thai cab company Howa. But it has remained locked in a war of attrition with Grab for customers and drivers. Uber's app is displayed on a smartphone in Bangkok. (Photo by Takaki Kashiwabara)

Khosrowshahi, who took over from founder Travis Kalanick last summer, has been cutting costs and restructuring unprofitable businesses with an eye toward an initial public offering as early as 2019. The sale of Uber's Southeast Asian operations will let the company concentrate on more profitable markets. Recent years have seen news of deals to sell Chinese operations to peer Didi Chuxing and to merge its Russian business with ride-hailing operations of internet company Yandex.

Japan's SoftBank Group may have played a role in the Grab deal. A $2 billion investment in Grab by SoftBank and Didi was announced last July. The Japanese technology conglomerate also took a 15% stake in Uber more recently, becoming the American company's largest shareholder. SoftBank could use its position to push for further consolidation.

This strategy of rapid expansion has helped Grab achieve a $6 billion valuation in just six years. It is exemplified by the company's new GrabVentures division, which chief Reuben Lai calls a startup within a startup. GrabVentures announced a platform for bicycle-sharing services on March 9.

For Grab, which is well aware of the profits that can be gleaned from early domination of a market, the chance to buy its competitor's Southeast Asian business was likely too good to pass up.