Fight for logistics and warehouses heats up as players seek dominance The new e-commerce landscape sees Flipkart, Walmart and China's Tencent Holdings forming the biggest group, closely followed by Amazon.com. Another rapidly rising contender is the Paytm group backed by Alibaba Group Holding of China and SoftBank Group of Japan. South Africa's Naspers, which agreed to sell all of its Flipkart shares to Walmart, is also in the mix.

After struggling to compete with Alibaba in China, the world's largest e-commerce market, both Walmart and Amazon are turning their attention to India. U.S. tech giants Google and Facebook are also believed to be aiming to expand their presence among Indian consumers, beyond their core businesses of search and social media.

India's business-to-consumer e-commerce market was estimated to be worth $38.5 billion in 2017 and is projected to reach $200 billion by 2026, according to the India Brand Equity Foundation. By then, the country's population would have surpassed 1.3 billion. The upside is significant for all players, and the financial war chest could be the deciding factor on who emerges victorious. As part of the deal, Walmart will inject $2 billion of fresh capital into Flipkart.

"To reach the next 100 million buyers, both Amazon and Flipkart will have to invest billions of dollars in warehousing [and] last-mile delivery, and ensure that they provide quality products at low prices," said Satish Meena, senior forecast analyst for Forrester Research.

On top of the money, Walmart said Flipkart can leverage the U.S. company's all-channel retail expertise, its knowledge of grocery and general merchandise supply chains and financial strength. Flipkart's personnel, technology and customer insights are expected to benefit Walmart in India and perhaps in other markets that Walmart may enter.

Flipkart and Amazon have their own logistics arms, besides using a host of others like Blue Dart, FedEx, Gati, First Flight Couriers, Delhivery and Ecom to reach small towns and cities. Flipkart, at present, has 21 warehouses across the country and 100 million registered users buying products from 100,000 sellers on its online platform.

Walmart operates 21 Best Price wholesale stores, which double as warehouses, in India, offering nearly 5,000 items in a cash-and-carry wholesale format. It has one other fulfillment center.

Such a battle of capital and scale bodes ill for smaller players.

Snapdeal, an Indian e-tailer in which SoftBank is the largest shareholder, is trying to regain a top-3 position. Meanwhile, niche e-commerce services such as grocery e-tailer BigBasket, food deliverers Swiggy and Zomato and grocery deliverer Grofers, run by Grofers International, are growing rapidly but are still small players, making them potential targets for further acquisitions.

Forrester Research expects online grocery to be the next big thing for online retailers in the Asia-Pacific region, growing to $241 billion by 2022 from $98 billion in 2017.

"Fresh grocery is Walmart's forte. They might want to look at having multiple warehouses in every city rather than one warehouse in every major city," Chandramouli said.

Forrester Research's Meena expects Amazon to invest in an Indian brick-and-mortar grocery player to strengthen its foothold in the sector. 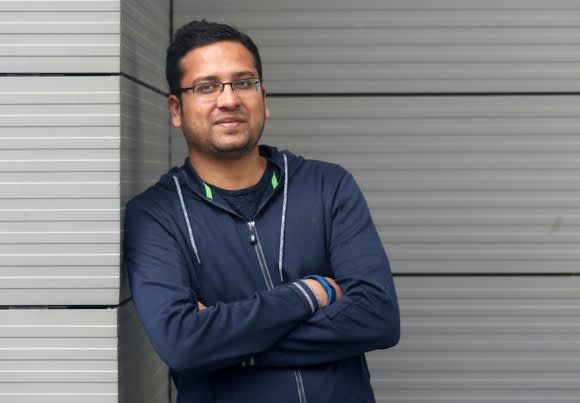 The battle of giants is expected to spread across the region, including Japan, East Asia and Southeast Asia. Amid the dynamism, a clear distinction is emerging in the style of management. Amazon prefers to operate directly. Walmart's investment in Flipkart, on the contrary, leaves the local management in place to run the show.

In its May 9 announcement, Flipkart co-founder Binny Bansal said, "Walmart is the ideal partner for the next phase of our journey, and we look forward to working together in the years ahead to bring our strengths and learning in retail and e-commerce to the fore."

Walmart said it "supports Flipkart's ambition to transition into a publicly listed, majority-owned subsidiary in the future." Making Flipkart a publicly listed Indian brand will help retain staff as they look toward cashing in on their stock options.

Amazon has managed to keep direct control of management while steering clear of Indian regulations that restrict foreign direct investment from acquiring 100% ownership of retail companies.

It did so by offering a "marketplace" model, where third parties showcase their products. Even Amazon's own signature Echo artificial intelligence speakers are sold by local retailers, while Amazon provides delivery and payment options.

Walmart entered India in 2007 by setting up a joint venture with major domestic telecom company Bharti Group to operate cash-and-carry chain Best Price. It later switched it into a wholly owned subsidiary, but has never succeeded in making it a nationwide household name. The ban on foreign ownership in multi-brand retail businesses has been far stricter on physical stores than in e-commerce and has limited Walmart's options.

Alibaba is also trying to build its presence in Southeast Asia through partnerships with local internet players and conglomerates.