US giant reviews global strategy as it takes on Amazon The unit is expected to fetch 300 billion yen to 500 billion yen ($2.7 billion to $4.5 billion) and would mark the largest shake-up in Japan's distribution industry since Uny Group Holdings merged with FamilyMart in 2016.

Walmart will leave the Japanese market, following the exit of Carrefour in 2005 and Tesco in 2011.

Multiple sources familiar with the matter have told Nikkei that Walmart has approached major retailers and private equity funds about the possibility of a sale. Potential buyers include local retailers and trading houses.

Finding a partner may prove difficult, however, since the buyer will have to incur costs for reorganizing Seiyu's distribution centers and 335 locations, in addition to bearing the labor expenses that would arise.

Walmart's recent focus has been on countering Amazon. In 2016, it purchased U.S. online retailer Jet.com for $3 billion. The acquisition was aimed at accelerating investment in digital retailing and reaping synergies with brick-and-mortar stores. Walmart has also backed internet shopping platforms in China -- it acquired a majority stake in Shanghai-based online grocery retailer Yihaodian in 2012.

The Arkansas-based company also invested $16 billion in India's Flipkart this year. Walmart views the U.S., China and India as strategic markets and is shrinking its operations in the U.K. and Brazil.

Walmart has been strengthening its online operations in Japan as well, partnering with e-commerce company Rakuten in January. The two companies will open an online grocery service this summer. 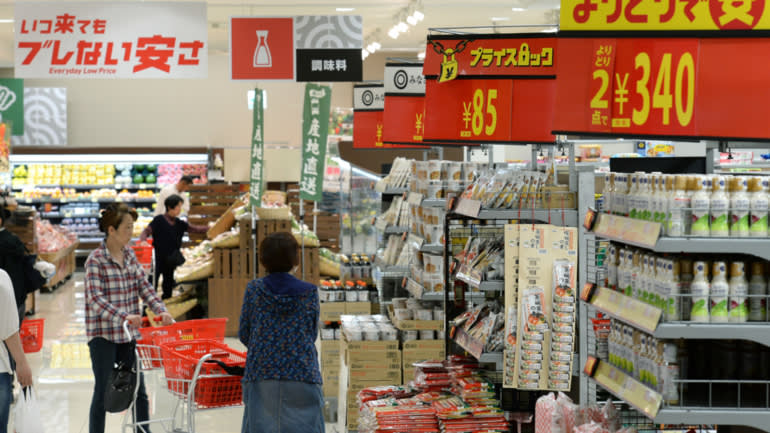 Seiyu's supermarkets have been increasingly challenged by convenience stores.

However, business for Seiyu, which operates large-scale supermarkets, has been tough.

Walmart’s business in Japan posted a net loss of 200 million yen for the year ending in December 2016, and broke even the following year.

Seiyu's predecessor, Seibu Stores, was established in 1956 by the former Seibu Group. It expanded as a supermarket chain in the 1960s, growing in scale until Japan's economic bubble collapsed in the early 1990s, when earnings stalled and the company became saddled with bad debt and other problems.

Walmart formed a capital tie-up with Seiyu in 2002 to gain a foothold in Japan. It has gradually increased its stake in the company, turning it into a wholly owned subsidiary in 2008. Seiyu has since incorporated its parent's "everyday low price" strategy and taken steps to improve profitability through efficient cost management. Seiyu's annual sales are estimated at around 700 billion yen.

Japan's once-dominant supermarkets, however, are facing increasingly difficult business conditions. Convenience stores, drugstores and online retailers have encroached on their turf since the 2000s with a business model focused on convenience and keeping costs low.

Capital investment to improve stores has also become a burden for Seiyu as its locations age.

Responding to a Nikkei inquiry on the planned sale of Seiyu, a Walmart spokesperson declined to comment on what it referred to as "rumors and speculation.”