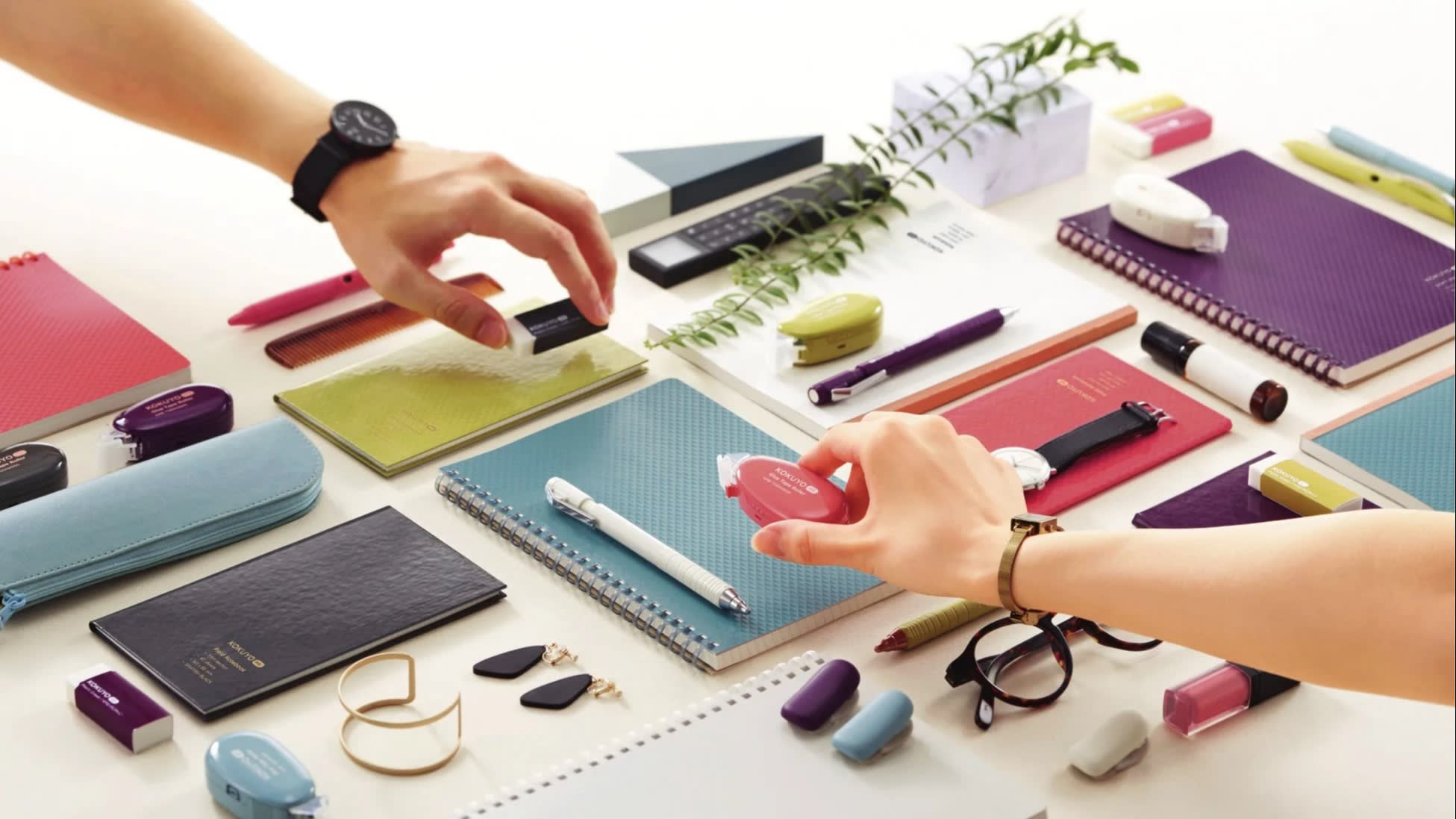 TOKYO -- Japanese stationery company Plus will submit a competing offer for compatriot Pentel, emerging as a white knight that could thwart a hostile takeover by domestic leader Kokuyo.

The move drove Kokuyo to sweeten its offer Wednesday, sparking a bidding war.

The boardroom drama has unfolded since May, when Kokuyo became Pentel's top shareholder without the pen maker's consent. The two sides tried to resolve their differences, but Kokuyo announced a new unsolicited tender offer on Friday after learning about negotiations between Plus and Pentel.

Plus plans to purchase Pentel shares at 3,500 yen ($32.22) apiece, with the offer lasting through Dec. 10. The price tag matches Kokuyo's starting bid.

The offer from Plus would preserve the independence of Pentel, an unlisted manufacturer. Plus intends to acquire no more than a 33.4% stake, and the bid will be void if the company fails to acquire at least 20% of the shares.

Pentel's directors signed off on Plus's offer while opposing Kokuyo's push to raise its stake. Pentel began distributing a notice to shareholders outlining the bid on Tuesday. The pen maker has determined that it can prevent Kokuyo from gaining a majority stake if Plus acquires at least 20% of the outstanding shares.

Plus is sending a notice to Pentel shareholders as well, calling for them to transfer ownership. Once tight-lipped about the deal, Plus now acknowledges negotiating with Pentel.

"We are engaged in discussions based on Pentel's requests," a representative from Plus told Nikkei.

Having learned of the rival proposal, Kokuyo increased its per-share offer to 3,750 yen on Wednesday. Kokuyo has placed no minimum or maximum limits on its tender offer.

In May, Kokuyo snapped up a substantial indirect stake in Pentel after investing 10.1 billion yen in a fund managed by Mercuria Investment, Pentel's largest shareholder. Because the transaction occurred without Pentel's approval, the company initially balked at the new ownership structure.

Pentel later agreed to convert the interest into a direct stake, which ushered in talks on establishing a collaborative relationship. But negotiations stalled, and Kokuyo now aims to raise its 37.8% share to a majority ownership.

Pentel boasts over 300 shareholders including employees, alumni, suppliers and other stakeholders close to the company's executive team. Many of them appear unlikely to accept a proposal from Kokuyo.

Plus, also privately held, deals in office furniture as well as stationery. It reported consolidated sales of 177.2 billion yen in 2018. The company plans to bring Pentel on board as a group company, and expand in overseas markets and e-commerce.