Retailer's founder and CEO Maezawa steps down from management 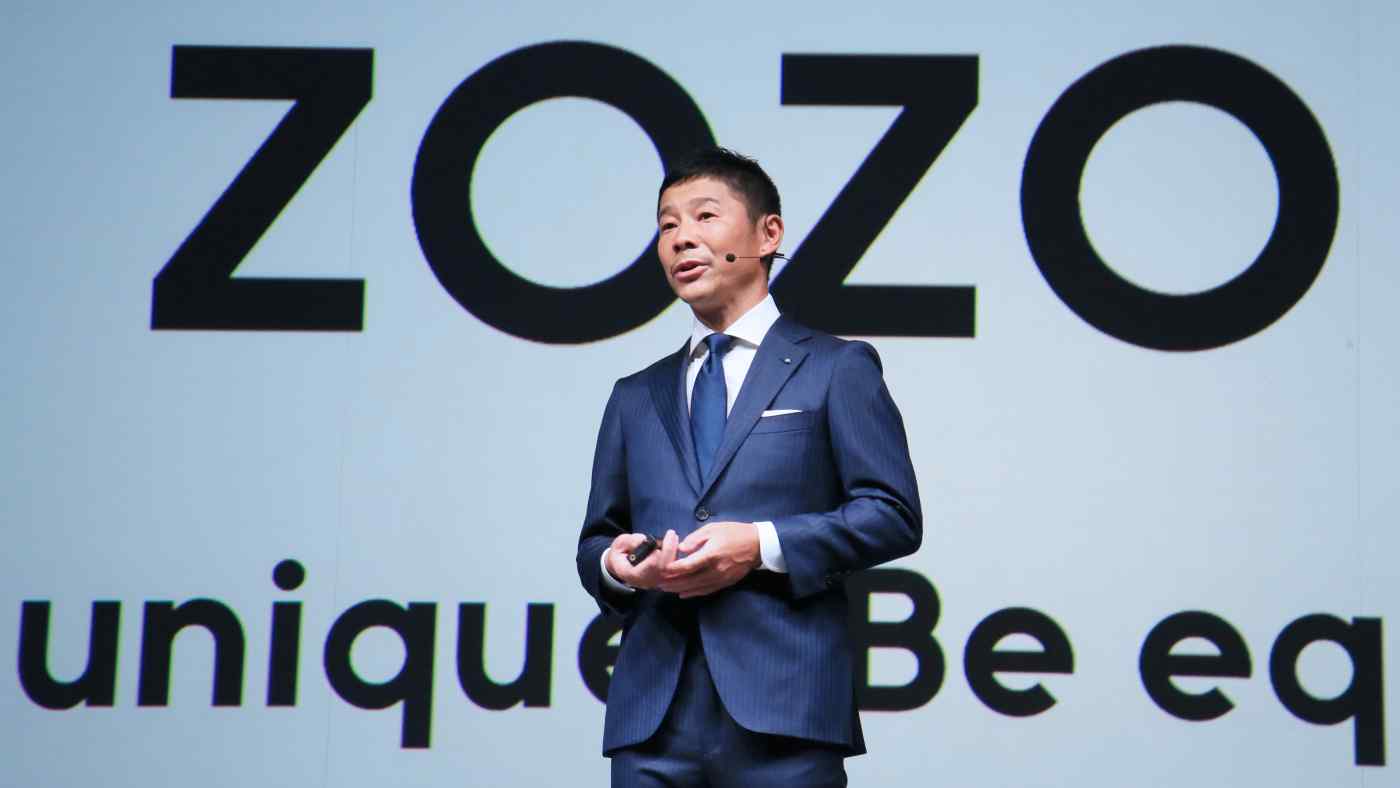 Yahoo Japan, part of the SoftBank Group, plans to tender an offer to acquire 50.1% of Zozo shares and make the company a subsidiary. The deal will be worth up to 400 billion yen ($3.7 billion).

Zozo has agreed to the acquisition. Taking control of the fashion retailer will allow Yahoo Japan to compete against e-commerce giants Amazon.com and Rakuten.

Zozo's market capitalization stood at about 675 billion yen as of Wednesday. The two sides are in discussion to keep Zozo listed on the first section of the Tokyo Stock Exchange.

Founder and CEO Yusaku Maezawa, 43, who owns more than 30% of Zozo, stepped down from management as of Thursday, the company announced. Taking his place will be Kotaro Sawada, originally with NTT Data.

Maezawa will continue to participate in Zozo events, and will be referred to as the company's founder. He also plans to pursue personal interests, such as becoming the first tourist to fly around the moon in Elon Musk's SpaceX program.

Zozo said in a news release on Thursday that the deal would generate synergy, as it looks to benefit from Yahoo Japan's PayPay online shopping mall set to launch later this year. Both companies say that Yahoo's media presence will benefit Zozo, which will use Yahoo's PayPay mobile payment service.

The fashion retailer expects to expand its customer base, as most of its customers are young while Yahoo Japan's user base is considerably older. Meanwhile, Yahoo Japan says the addition of Zozo will enhance its existing fashion lineup with items that are already popular.

Investors reacted favorably to the deal, with Zozo shares up 15.14% to 2,497 yen in Thursday morning trading. Yahoo Japan briefly rose about 5.7% from the previous close before retreating.

The Tokyo Stock Exchange suspended trading temporally Thursday morning, but restarted after announcement of the deal.

A news conference is scheduled for Thursday evening.