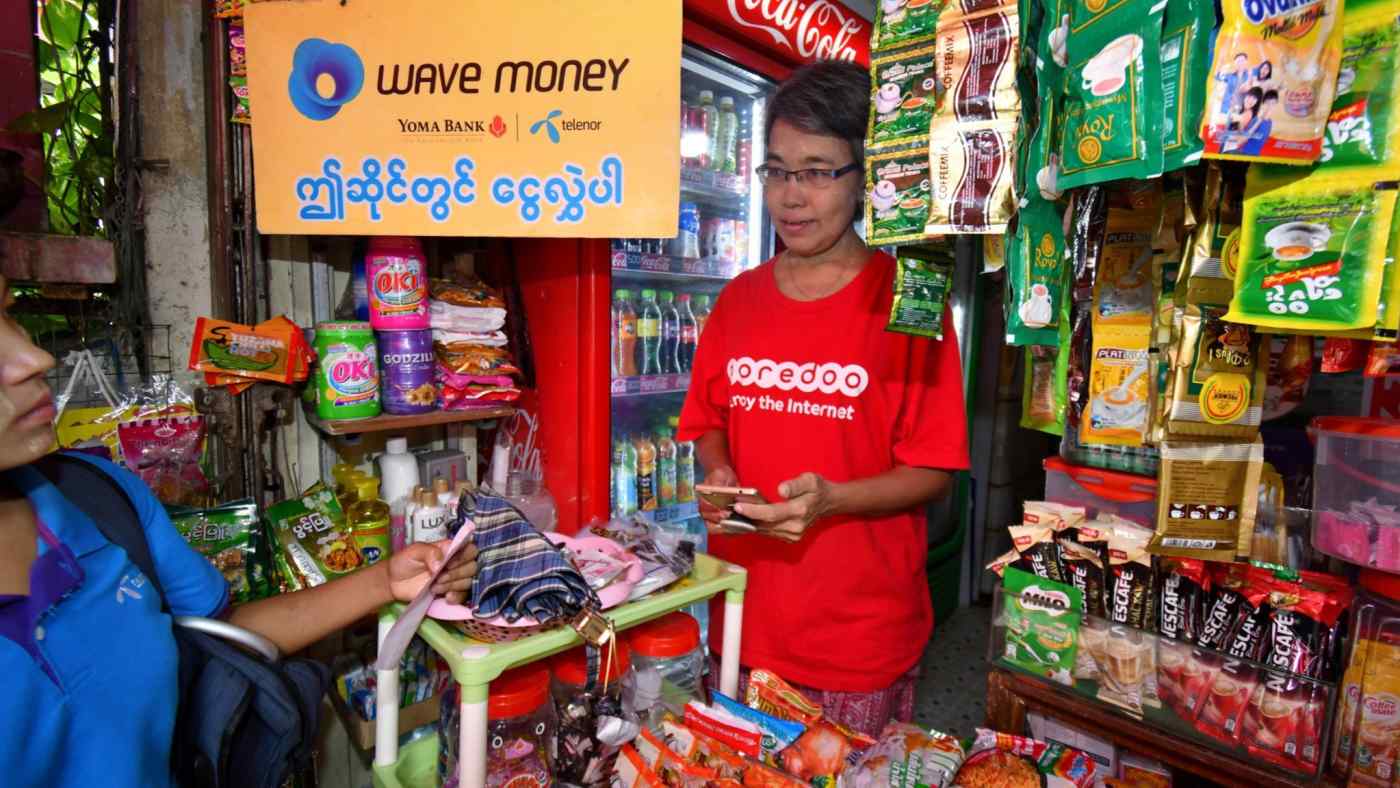 YANGON -- Singapore-listed Yoma Strategic Holdings will acquire a controlling share in its Wave Money digital wallet joint venture while welcoming Chinese platform Alipay on board, as the group pushes to reach Myanmar's many underbanked citizens.

Yoma will buy a 51% stake in Wave Money operator Digital Money Myanmar from Norway's Telenor for $76.5 million, the group said Wednesday. Yoma, which owns the remaining 49% interest, intends to form a designated holding company for the purchase that will raise funds from other investors. The group will make additional investments of up to $25 million.

The deal follows news in May that China's Ant Financial will take a stake in Wave Money to bring its Alipay mobile payment technologies and business expertise to the Southeast Asian country.

After the completion of all these transactions, Yoma will control a 67% share in Wave Money, with the remaining 33% owned by Ant Financial, an Alibaba Group Holding arm. The deals are expected to be concluded by mid-November after regulatory approval, according to Yoma.

Though Yoma is listed in Singapore, the group operates core businesses in Myanmar.

Wave Money, launched in 2016 as a pioneer in letting account holders transfer funds to people with a mobile number, became a popular tool for migrant laborers to send money back home in a country with many underbanked communities. Remittances reached 6.4 trillion kyat ($4.5 billion) in 2019, beating similar services by banks and mobile carriers.

Wave Money now will focus on an app started in 2018 for paying bills and making online purchases. It will tap Alipay's know-how in hopes of developing this service into a versatile platform for uses ranging from loans to travel bookings. The aim is to sign up over 10 million users by 2024.