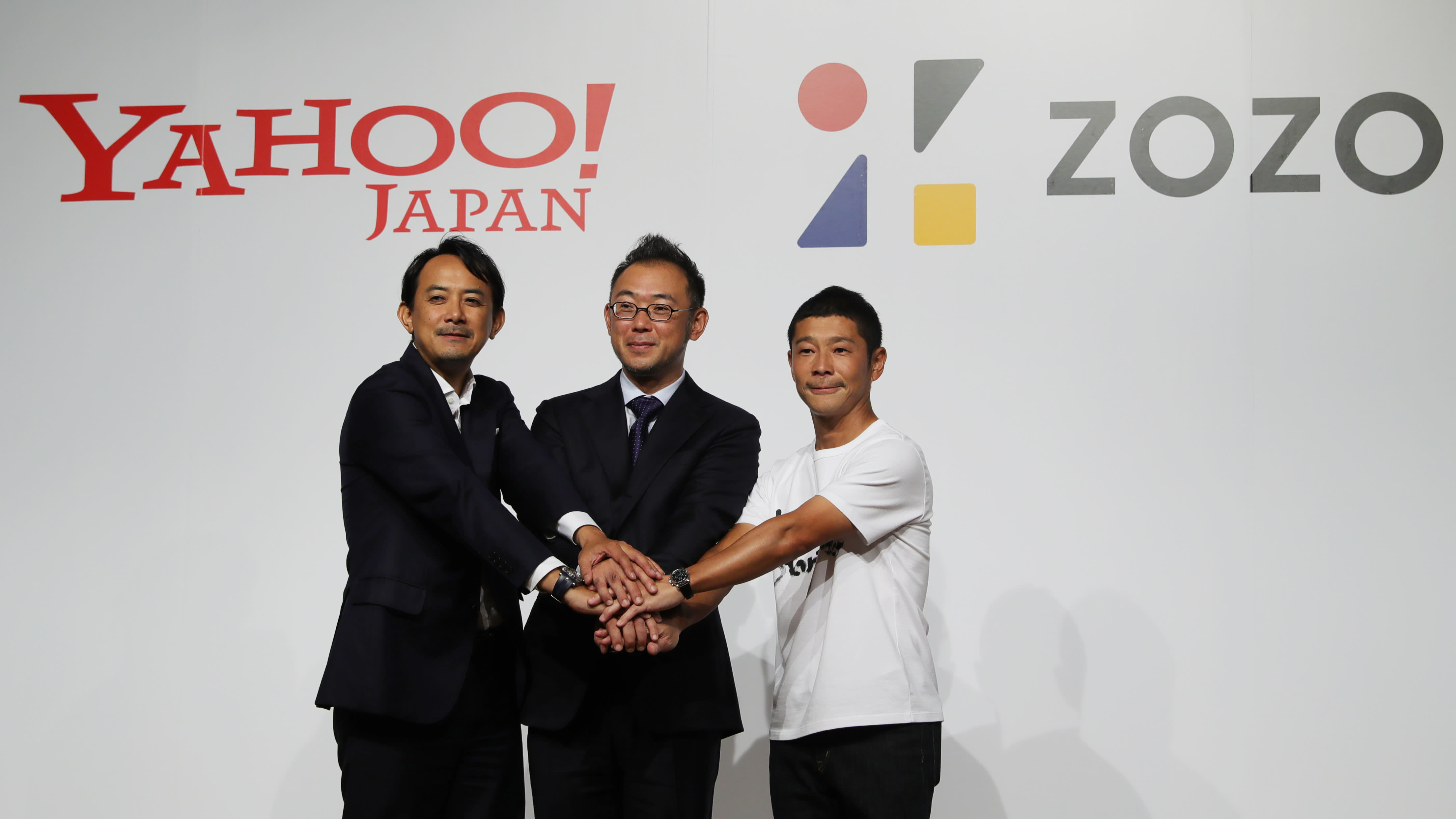 TOKYO -- High-profile entrepreneur Yusaku Maezawa said Thursday he would launch a new company and learn Russian to communicate with astronauts during his space travels, after agreeing to sell more than $2 billion worth of shares in Zozo, the online fashion mall he founded more than two decades ago.

Yahoo Japan, an affiliate of SoftBank Group, on Thursday announced plans to acquire 50.1% of Zozo shares for 400 billion yen ($3.7 billion), including a 30% stake held by Maezawa. Maezawa stepped down as CEO on the same day, marking an abrupt end to his relationship with the e-commerce juggernaut.

The punk-rocker-turned-billionaire, known for his lavish purchases of Jean-Michel Basquiat paintings and a ticket for a trip around the moon on Elon Musk's SpaceX, brushed off speculation that personal financial troubles were behind the sale.

"When you buy something big, we all take out loans... I am the same. Only the number of zeros is different," he said in a news conference. "To pay debt back, you only need to sell real assets. It is not related to this deal."

Clad in a white T-shirt and black slacks, Maezawa said his decision to step down came from the need to shift Zozo from his "one-man" management style.

"I managed based on instinct," he said. "Now, facing challenges, it was the time to drastically change to a logical management approach."

The 43-year-old also said he wanted to start a new business, although he did not specify the sector. "I have crossed the halfway point of my life. I want to start a new business quickly," he said. "This time, I am thinking of working with other people that share the same passion instead of only myself." He also said he was considering running several companies at the same time. After leaving the company, Maezawa plans to spend time pursuing his passion: space. The SpaceX trip is scheduled for 2023, which will make him the first civilian to travel around the moon. But he said mysteriously: "I will go to space once before that, to a place closer than the moon," adding that he would make an official announcement at a late date. "I have to work out and study English, Russian. I'm a beginner."

Maezawa's sale of Zozo to Yahoo was prompted by advice from SoftBank CEO Masayoshi Son, who made a surprise appearance at the news conference. Son, wearing a T-shirt of the same design, said Maezawa came to him asking for advice on a retirement plan. He stressed that he had asked Kentaro Kawabe, the CEO of Yahoo, to operate independently.

Maezawa said Son's recollection of the event was not entirely accurate. "I told him I wanted to live a rock-and-roll life. He told me to talk to Kawabe."

Son also did not share the same excitement for space. "I invited him to the moon," Maezawa said. "He immediately said he wouldn't go."