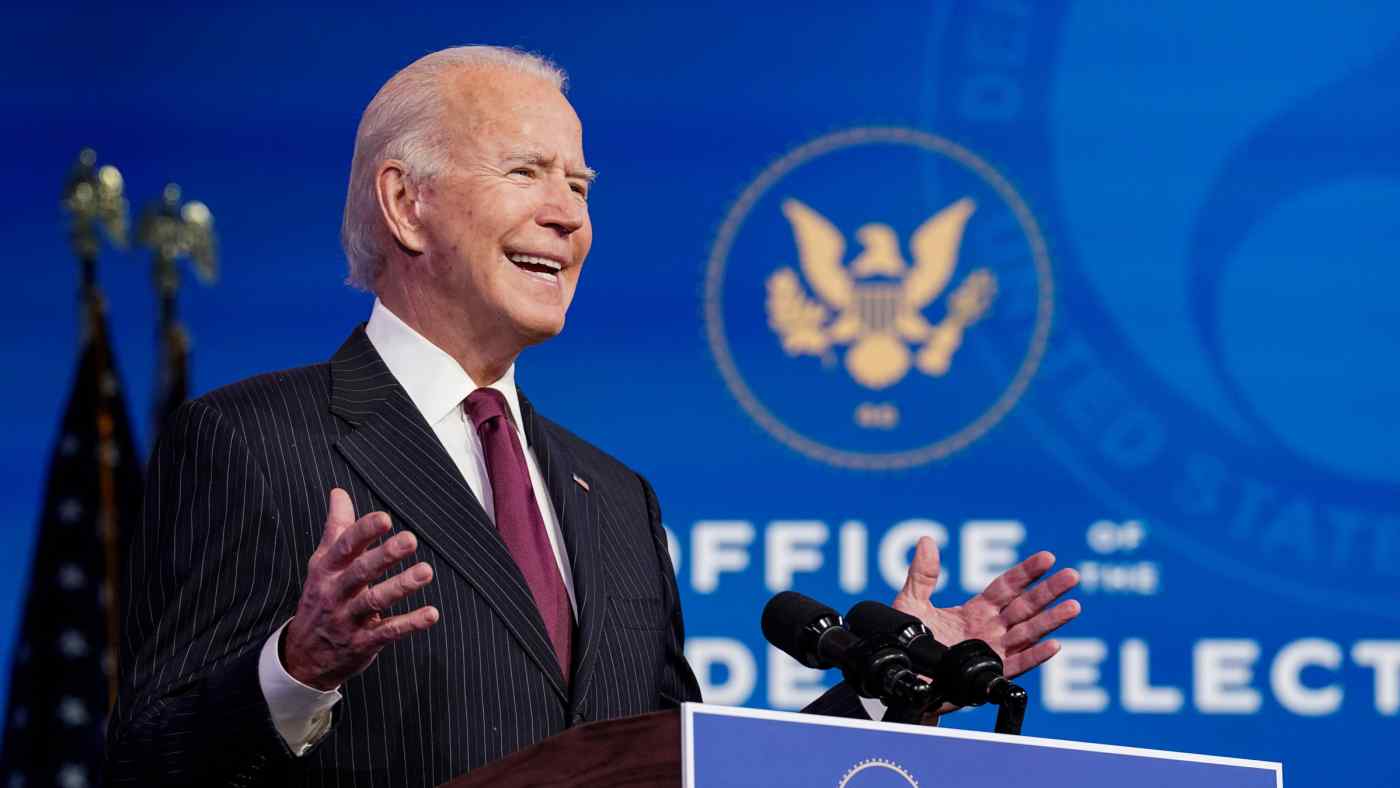 Respondents expect the global landscape to improve with the reversal of "America first" policies and a return to international cooperation. They are also bullish that the U.S. and Japan will see eye to eye on climate change.

Easing China measures won support from 68.2% of respondents to the poll, which targeted company presidents and other leaders. Just 30.7% said Biden should maintain the status quo.

On specific policies, 72.3% said Biden should ease the additional tariffs on Chinese goods and 59.2% said he should ease restrictions on visas for Chinese nationals.

The survey of 141 major corporations was taken from Dec. 7 to Dec. 22. A number of companies cited how U.S. sanctions against China have created headwinds for their own operations.

"The softer Chinese economy has caused consumption to decline, which is leading to surging inventories and lower product prices," a respondent at a large papermaker said.

The voices calling for a milder approach to China contradict the tone in the political world. The ruling Liberal Democratic Party has been urging the government to cancel a planned state visit by Chinese President Xi Jinping, citing Beijing's adoption of a national security law for Hong Kong and the arrest of protesters.

The government has also prepared subsidies for Japanese companies leaving China in order to secure a more diverse supply chain. 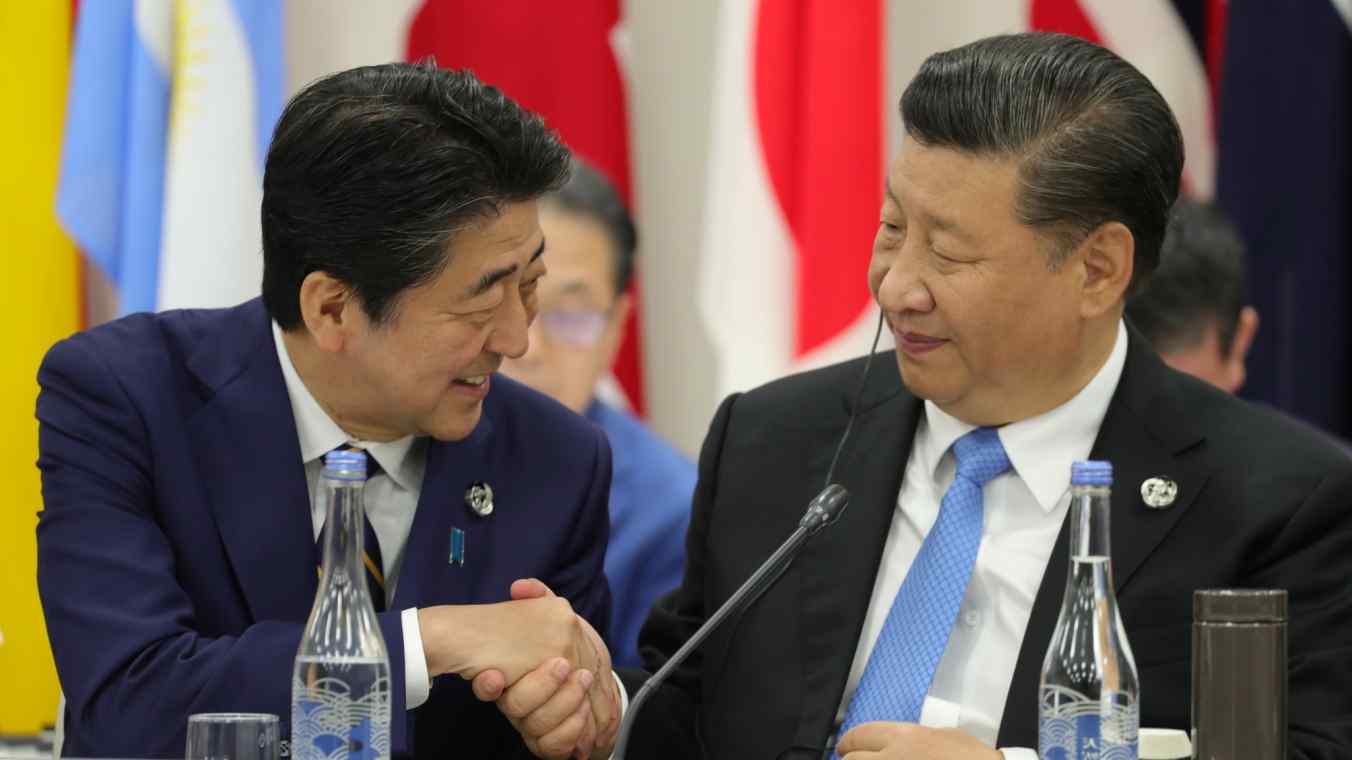 Corporate Japan is most supportive of Biden's environmental policy, the poll shows. His pledge to bring the U.S. back into the Paris Agreement on climate won the backing of 70.2% of respondents. And 61.7% supported Biden's promise to spend $2 trillion on climate investments in his first term.

Those seeing Biden's environmental agenda as at least somewhat positive added up to 96.5%, making for the highest reading among nine policy areas. This goes hand in hand with corporate Japan's firm embrace of Prime Minister Yoshihide Suga's goal of net-zero greenhouse gas emissions by 2050.

The government's "green growth" plan unfurled Friday outlines what industries should do to meet the net-zero target. An overwhelming 93.2% of respondents said their companies can achieve net-zero emissions by 2050.

All companies endorsed Suga's net-zero declaration, at least among the 133 responses to that question.

"It's a key policy initiative for Japanese companies to maintain and improve international competitive advantage by taking the lead in the decarbonization business," said Satoru Komiya, president of insurance provider Tokio Marine Holdings.

"It is not whether or not we can achieve [the net-zero goal], our society as a whole must attain it," said Shigetaka Komori, chairman and CEO of Fujifilm Holdings.

Nearly 80% of respondents said they have a policy to realize net-zero emissions by 2050 or will draw one up next year. And 17.6% said they will roll out a plan in 2022 or later. Only 3.2% of corporate leaders had no plans to draft one.

Regarding their own companies, a total of 36.7% of business chiefs said Biden's policies will have a positive effect.

"I anticipate the acceleration of social initiatives, such as those for electric vehicles and renewable energy, will increase my company's contributions through our advanced technology and materials," Toray Industries President Akihiro Nikkaku said.

The 36.7% far outnumber the 3.7% foreseeing a negative impact. But 59.6% expect no change, reflecting a widespread wait-and-see approach to Biden.

"At this stage, the policy specifics are not known," a respondent at a major marine shipper said.

At least one company takes a more pessimistic view of the incoming Biden administration.

"There are several policies, such as strengthened taxation of corporations and the wealthy, that will have a short-term negative effect on the economy, and on top of that, there is a strong possibility that the divided Congress will remain in place, which will make it difficult to advance policy," said Kaoru Ino, president of chemical manufacturer DIC.