Businesses rush to grab a piece of billion-dollar market 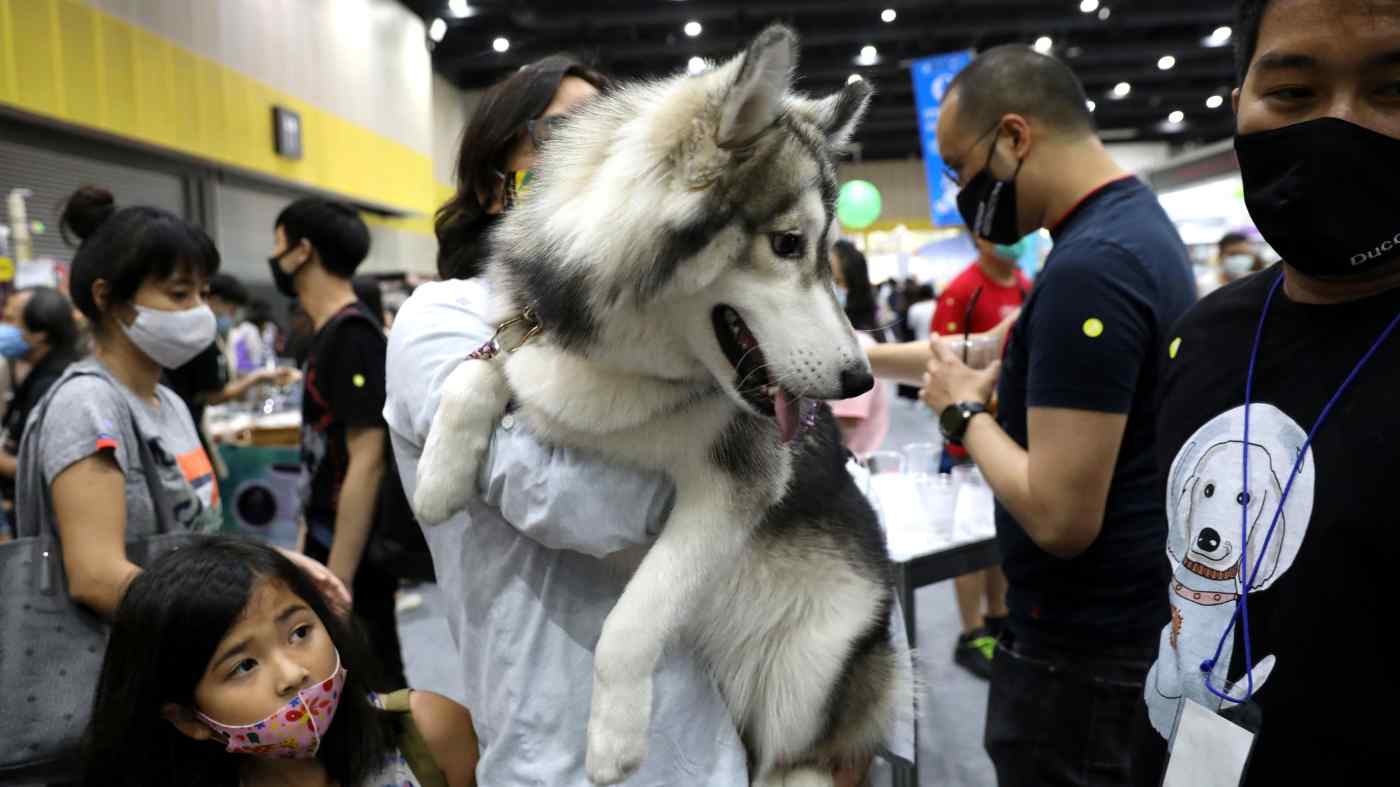 BANGKOK -- Thailand is becoming one of the fastest growing markets for the pet industry, with the bonanza sparked by the effects of COVID isolation and a special royal bond.

The boom was on full display at last month's Pet Expo, held in the Bangkok suburbs. Tens of thousands thronged the more than 300 booths featuring hawkers selling pet food, toys and services connecting animals in shelters with new owners.

"I got these at a 10% discount off the usual price," said a visitor accompanied by three chihuahuas, referring to bag full of dog treats and dental care products.

The expo drew 127,000 people during its four-day run surpassing its attendance in 2019, even though it was held in a smaller venue.

Thailand's pet market stood at 44 billion baht ($1.2 billion) in 2021, according to local financial group Krungthai Bank. The market is projected to expand to 66.7 billion baht by 2026.

According to one survey, 70% of pet owners see their pets as part of the family. That bond has apparently led to higher spending on pet care.

Pet ownership boomed during the pandemic as people turned to animals to make up for a loss of human conduct as lockdowns forced people to stay at home.

However, the rise in pet popularity goes beyond the pandemic. It is believed Thailand's royal family laid the groundwork for the pet boom.

King Bhumibol Adulyadej, the previous monarch who died in 2016, was known for adopting a stray puppy in Bangkok. The media regularly covered the king with his dog, Tongdaeng, in tow during visits of provinces.

Because the public loved Bhumibol, many citizens began to treat dogs with more respect. Shelters for stray dogs were reportedly established in keeping with that trend.

"Central Retail will open the stores at a clip of four to eight locations a year," according to Ty Chirathivat, the company's chief financial officer. The outlets will be housed in shopping centers, such as Central Retail's Robinson Lifestyle chain of malls. The group will also roll out pet salons and veterinary clinics.

"It will have annual sales of 2 billion baht by 2027, making it the largest pet goods chain in the country," Ty said.