BANGKOK -- Business in the Association of Southeast Asian Nations is entering a new phase as regional companies increasingly look to neighboring countries for investment opportunities.

Having long been a destination for foreign businesses in search of cheap labor, the bloc is now seeing homegrown companies emerge as players in their own right. After accumulating enough cash and know-how, the region's biggest companies are beginning to make strategic cross border investments that were once the preserve of Western and Japanese majors -- further cementing the economic bloc's integration in the process.

"The three new production plants will help us increase our market share in the paint and coating markets in overseas countries," said Jatuphat Tangkaravakoon, chief executive of major coatings supplier TOA Paint (Thailand) as his company listed on the Stock Exchange of Thailand this October. The company will spend around 1.2 billion baht ($36.6 million) building factories in Indonesia, Myanmar and Cambodia with the aim of becoming the leading manufacturer of decorative paint and coating products in ASEAN, Jatuphat said.

Expectations are running especially high for TOA Paint's first Indonesian plant. "Indonesia is regarded as a large market with high growth potential, due to [its] population of more than 250 million," Jatuphat emphasized. After building up close to a 50% share in Thailand, TOA Paint is going into overdrive developing markets nearby.

Malaysia's Tan Chong Motor Holdings is expanding operations in Myanmar. The automaker started assembling Nissan Motor's Sunny sedan in Yangon in 2016 and will fire up another plant in the central city of Bago in 2019.

Thailand's Siam Cement group built in neighboring Laos a 10 billion baht factory capable of churning out an annual 1.8 million tons of cement. The group expects demand to surge in the context of China's cross-border Belt and Road Initiative. Intra-ASEAN investment surged to a record of nearly $24 billion in 2016, a 12% increase from the previous year, according to the ASEAN Investment Report published jointly by the ASEAN Secretariat and the United Nations Conference on Trade and Development. Moreover, internal investment accounted for a record 25% of all investment in ASEAN countries. Manufacturers such as TOA Paint are the biggest drivers, contributing to a third of intra-ASEAN investing. Economic picture brightens for ASEAN and India toward 2018

The trend continued in 2017. Foreign direct investment (FDI) into the Philippines from the ASEAN block jumped 74% in the January-September period to $348 million, according to data from Bangko Sentral ng Pilipinas.

In the July - September quarter, Indonesia saw FDI rise to a seven-year high of 111.7 trillion rupiah, or $8.3 billion, led by investment from Singapore. Rodrigo Chaves, the World Bank's country director in Indonesia, said "A better business environment is attracting more foreign direct investment, as well as more public capital investments, which is the direct positive impact of fuel subsidies reduction two years ago."

Thai conglomerate TCC Group, through its flagship ThaiBev, won the right to buy a roughly 54% stake in Vietnam's Saigon Beer Alcohol Beverage Corp. at an auction held on Dec. 18 in Ho Chi Minh City. The Vietnamese government expects to collect about $4.8 billion from the deal. 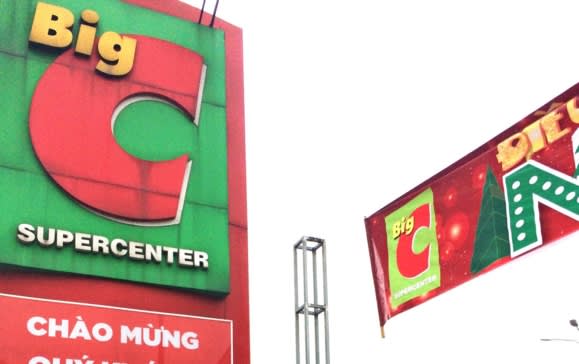 Most of the intrabloc investment can be traced to Singapore, Malaysia and Thailand -- countries that have come the furthest in economic development. But Vietnamese businesses are quickly bridging the gap.

A state owned enterprise under the Ministry of National Defense, Vietnam's Viettel group is launching a mobile phone joint venture in Myanmar with local partners in 2018. Viettel will invest $2 billion in the project, the group announced last January. The joint venture is expected to start offering service in line with plans and cultivate the market, with a focus on rural areas.

Vietnam Dairy Products, or Vinamilk, spent about $10 million in early 2017 acquiring Cambodian joint venture Angkor Dairy Products from local partner BPC Trading, turning it into a wholly owned subsidiary to gain control of the business and step up efforts to establish a stronger presence in the market.

Outside Vietnam, corporations in such lesser-developed ASEAN countries as Myanmar, Cambodia and Laos are not engaging in cross-border investment, UNCTAD data shows. It will likely take years before they have the wherewithal to commit to investment in neighbors.

Another emerging trend in business investment in ASEAN is the growing number of local companies going for big acquisitions of well-established operations from companies in the developed world.

Thai retail giant Central Group made a splash in 2016 with a 1 billion euro ($1.19 billion) acquisition of supermarket chain Big C Vietnam from French mass retailer Groupe Casino. More than 40 supermarkets and more than 30 shopping centers came with the purchase. Casino's need to reorganize and consolidate operations meshed perfectly with Central's desire to expand in the region.

This dynamic was also at play in 2016 when Thai conglomerate TCC paid 655 million euros to Germany's Metro for its wholesale business in Vietnam.