Number of targeted companies up 20% with Japan at the forefront 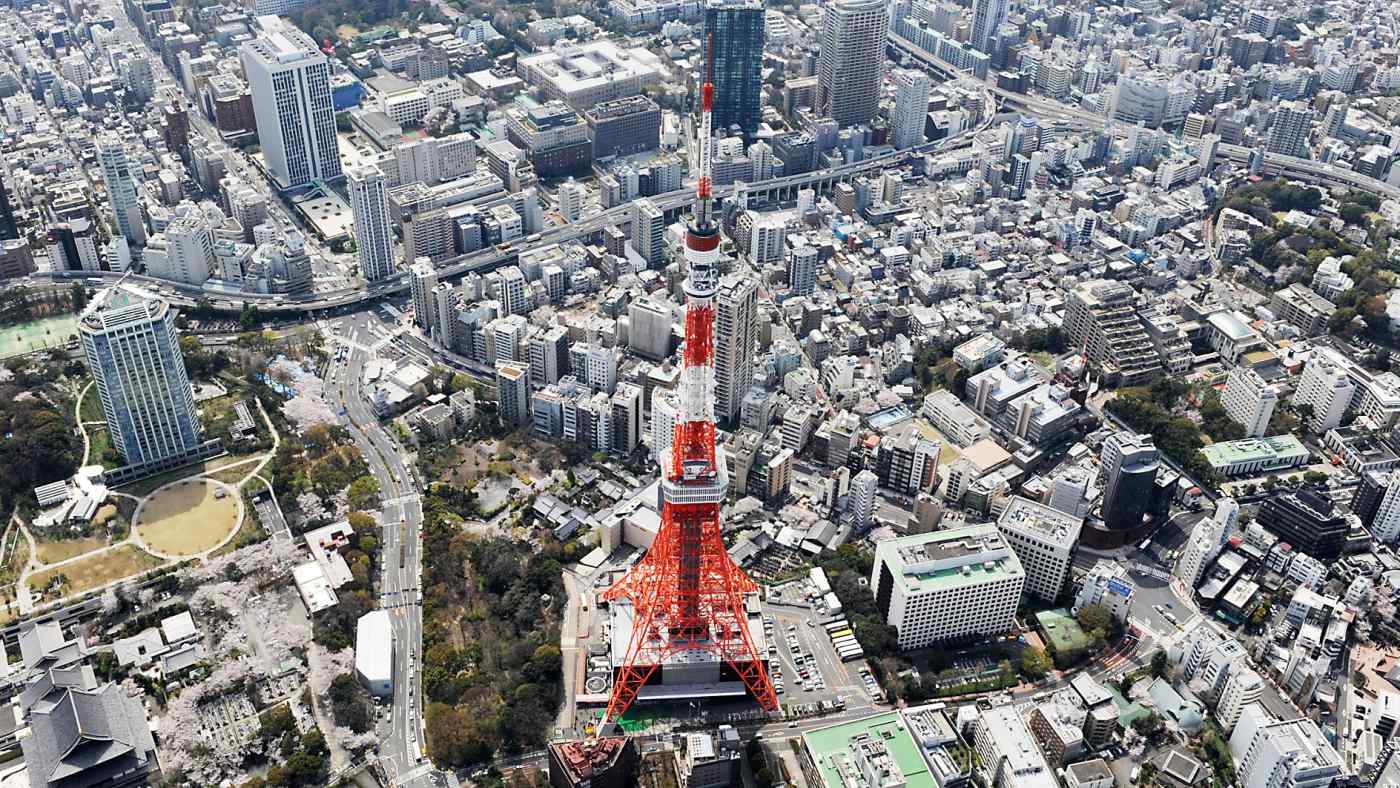 TOKYO -- The number of activist campaigns in Asia surged nearly 20% last year, putting the region second only to the U.S. in terms of activist investor activity.

This is the first time Asia has overtaken Europe (excluding the U.K.) in terms of number of companies targeted. It is also the fifth consecutive increase for the region and a threefold increase from 2013, when there were 37 activist campaigns.

Most of the targeted companies were Japanese, with 47 subjected to activist demands -- a jump of over 40% compared to a year ago. The uptick in activism follows reforms designed to improve shareholder engagement, as well as corporate governance.

It has been four years since the government of Prime Minister Shinzo Abe adopted Japan's corporate governance code. The code was revised last year to encourage transparency, with companies compelled to disclose information on topics such as policies for reducing cross-shareholdings. More recently, the Financial Services Agency has been moving to require disclosure on how executive compensation is determined.

"American activists have been studying markets like the U.K., Germany, and Japan for some time," the report said, predicting that if the U.S. market experiences high valuations, "they are now ready to deploy capital" in those non-U.S. regions.

Of the 111 companies in Asia, 22 were in China (including Hong Kong) accounting for 20% of the total, while South Korea and Singapore accounted for 10% each, with 11 companies respectively. A few companies from India, Taiwan and Malaysia also attracted interest.

Globally, 922 companies were publicly targeted, with the U.S.accounting for more than 50% of the total. In Europe, the number of campaigns fell 17% to just 101 companies targeted. 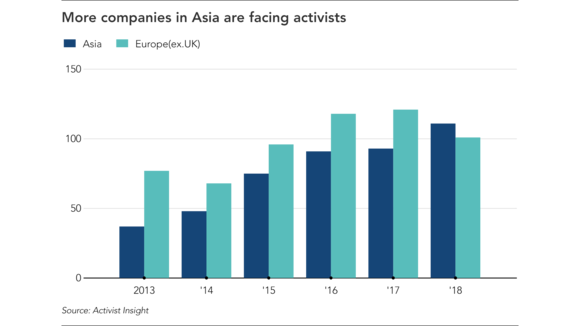 U.S. activist hedge fund Elliott Management was among the most active last year, with public campaigns against 24 companies across the globe. In Asia, it acquired shares in Japanese manufacturer Alpine Electronics and its acquirer, Apple parts supplier Alps Electric. The hedge fund also called for improved shareholder returns at South Korea's Hyundai Motor Group, as well as a review of businesses.

Shirou Terashita, CEO and president of IR Japan Holdings, predicts that the number of Asian companies targeted by activists will continue to increase. The onslaught will come from big funds like Oasis Management and Effissimo Capital Management, as well as "new activist funds that are popping up around the world," he said. Ele Klein of Schulte Roth & Zabel also stated in the report that "there are startups that are just concentrating on individual areas like Asian-dedicated activists and you are going to see more of that."

Activist campaigns targeting company boards are gaining momentum. In Japan, 31% of activist demands involved board issues. Overall, activists gained 56 board seats in Asia last year and this number is expected to grow.

Companies are beginning to respond to this increased pressure, experts said, and this could prompt more activism in Asia. For example, Japanese medical equipment and camera maker Olympus recently proposed giving U.S. activist ValueAct Capital a seat on its board. "This was a positive surprise for a lot of people and will surely prompt more activists to enter Japan or other Asian nations," Terashita said.