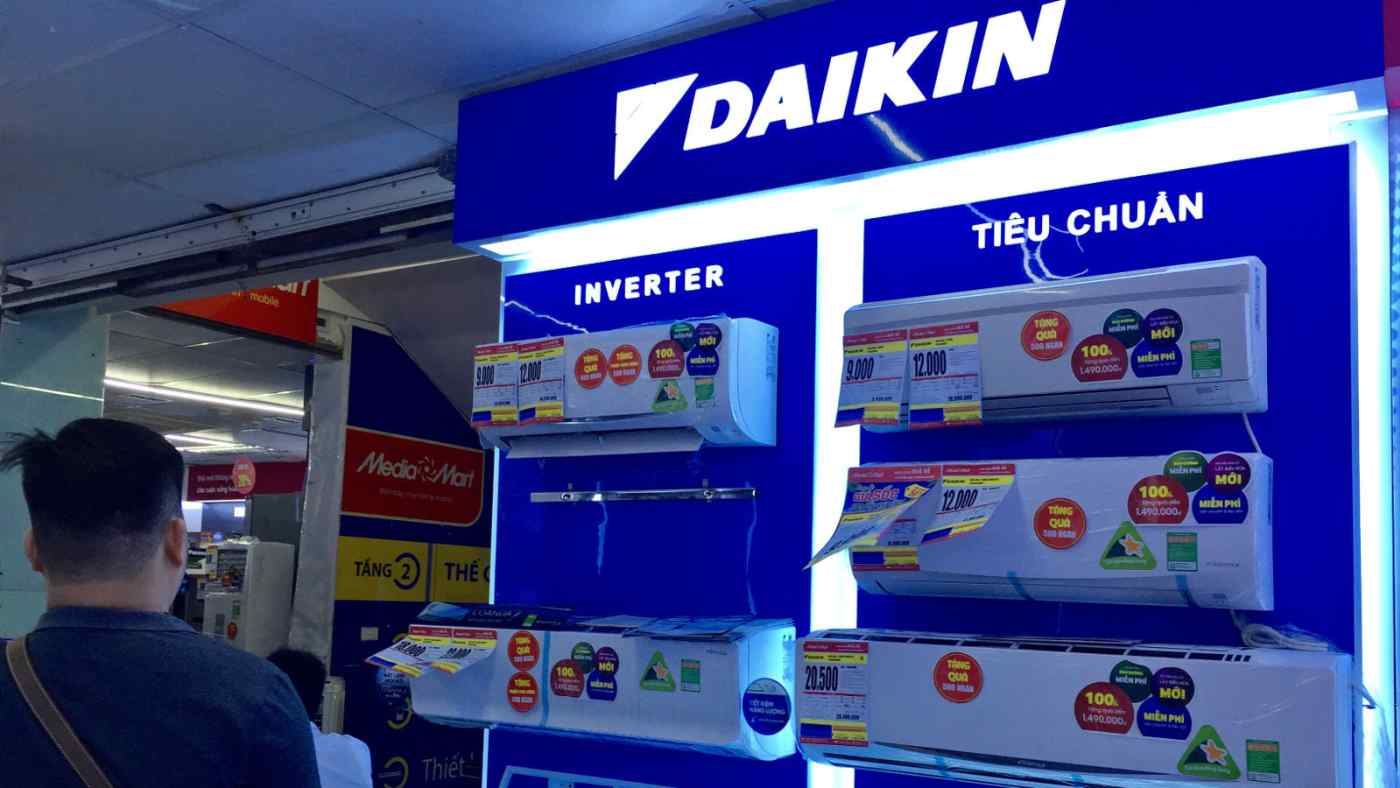 HANOI/OSAKA -- Air conditioner manufacturers around the world are locking horns in Vietnam, whose market has become the second largest in Southeast Asia as rapid economic growth supports a burgeoning middle class.

Vietnam's market for the cooling systems ranked as Asia's eighth largest in 2011, excluding Japan and China, with about 660,000 units sold. But the country surpassed Thailand in 2015, and sales of 1.98 million units in 2016 lifted the nation into third behind India and Indonesia.