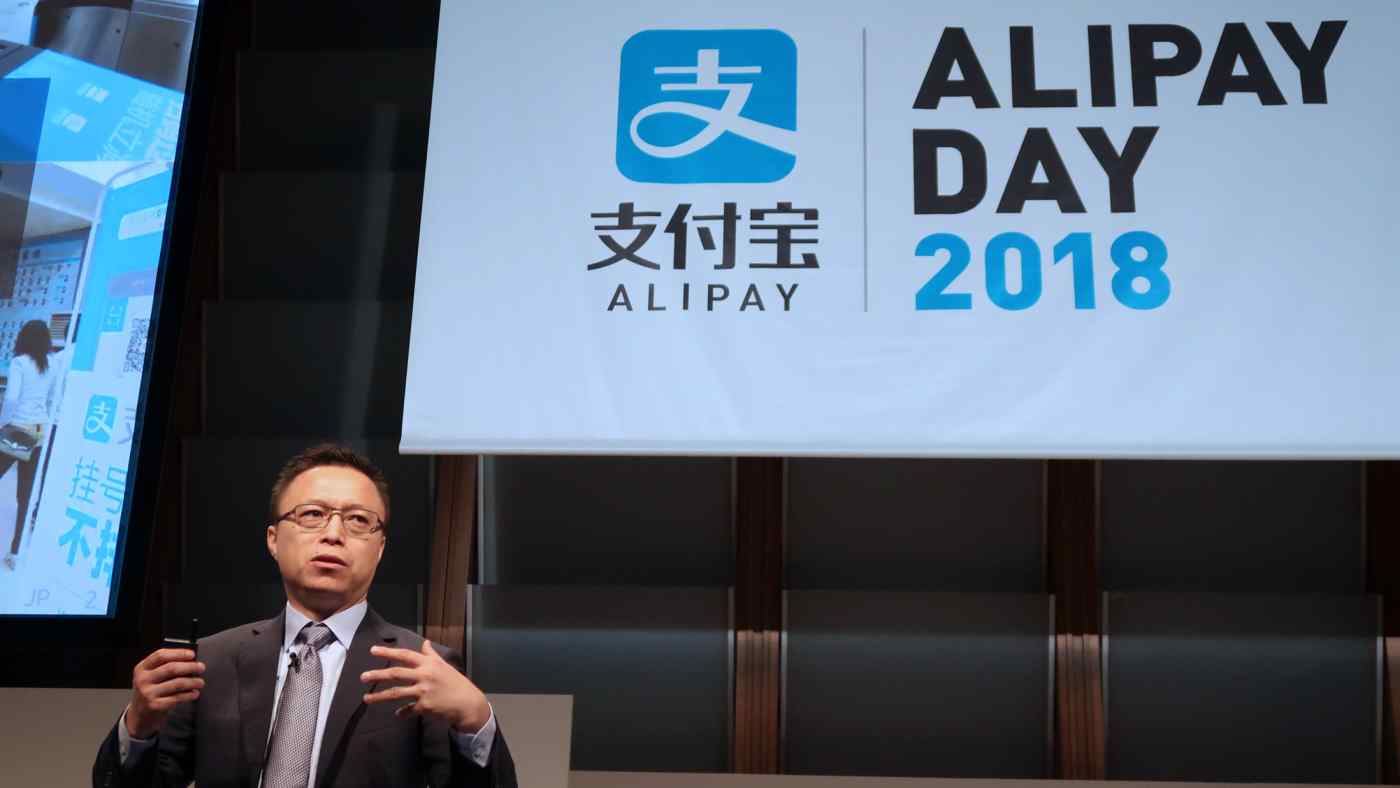 TOKYO -- Ant Financial Services Group and Yahoo Japan have formed a partnership, hoping to grab a slice of the mobile payments business in Japan, the two companies said Wednesday.

Ant, a financial technology affiliate of Chinese e-commerce leader Alibaba Group Holding, also announced that it will work with regional banks in Japan to promote its Alipay payment platform, which allows mobile phone users to pay by scanning quick response, or QR, codes.

Ant did not disclose how many regional banks it has as partners or its target. But such arrangements are important to Alipay's growth, said Toyohito Tanaka, chief operating officer of Ant Financial Japan.

"It is more effective to partner with Japanese companies and become a trusted partner of the Japanese community," Tanaka said.

Yahoo Japan, an internet company, said in July that it will start a mobile payment service based on Alipay this autumn. The company says that the shops that accept Yahoo mobile payments can now also accept Alipay.

Both Yahoo Japan and Alibaba are affiliated with SoftBank Group.

One of Ant's partners is the Hidashin Bank credit union in Gifu Prefecture, in central Japan. Many credit unions like Hidashin are struggling due to shrinking local populations, a slumping economy and the negative interest rate policy of the central bank.

Alipay could help them ease the pressure by providing a cashless payment platform that many local shops and hotels lack. Problems handling such transactions have kept the local tourism industry from taking full advantage of a nearby World Heritage site in Takayama.

Ant's announcement represents a renewed effort to promote its three-year-old mobile payment service in Japan. The service has caught on in China in the last few years to become the dominant payment platform and it is spreading elsewhere in Asia. But it has yet to attract a similar following in developed markets, such as Japan, where credit cards like Visa and Mastercard are still widely used. Some banks view Alipay as a rival.

Alipay hopes to change those perceptions. "We want to partner with Japan to help attract not just Chinese travelers but also mobile payment users from other countries," said Eric Jing, CEO of Ant Financial.

Alipay said the cooperation will benefit both Japan and Ant. Japan will become an easier place to travel in for Asian tourists if it adopts a mobile payment platform they use in their own countries

Alipay's business network already extends to 40 countries, and has direct investments in local mobile payment companies in nine Asian countries. Those companies offer service under their own brands, but share technology with Ant Financial.

In the future, travelers from these countries will be able to make payments with their smartphones at shops that use the Alipay-based QR code system, the company said.

Alipay Japan CEO Makoto Koyama said Japan can attract far more Chinese tourists than it does now. Last year, the country drew 7.3 million -- or a mere 5% -- of the 130 million Chinese who traveled overseas.