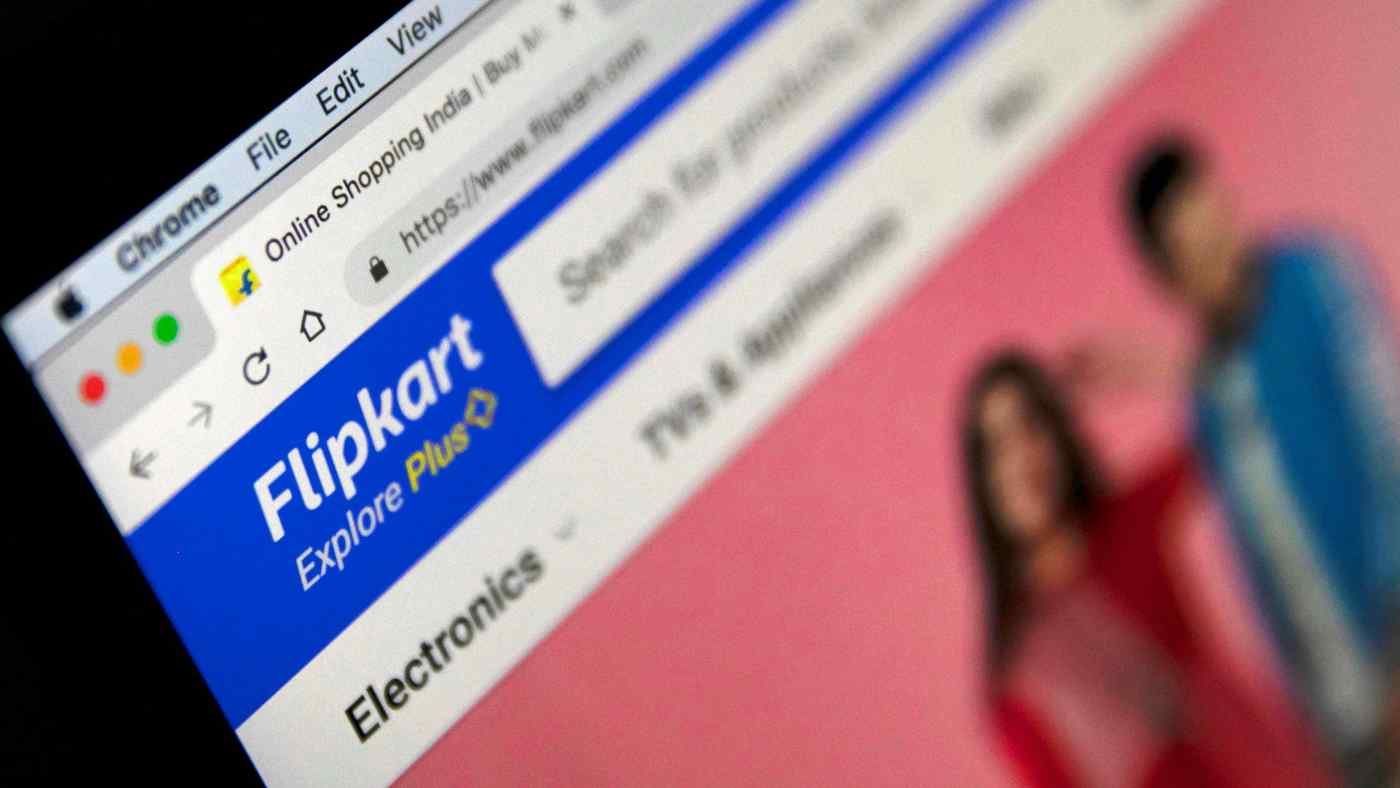 MUMBAI -- Amazon.com and Walmart-backed e-commerce startup Flipkart are moving quickly to comply with new Indian foreign direct investment rules that aim to curb the power of the two companies, which dominate over 60% of the country's online shopping market.

The rules imposed on Feb. 1 are widely seen as a populist move by Prime Minister Narendra Modi to protect millions of mom-and-pop shops from the threat of these global giants, and win the merchants' votes in the upcoming general election. Yet Amazon and Walmart are clearly not ready to give up on a market that is expected to grow fivefold in less than a decade.

By 2026, the e-commerce market is forecast to be worth $200 billion, up from $38.5 billion in 2017, according to the government's India Brand Equity Foundation.

To prevent big e-commerce companies from running away with the retail competition, Modi's government has banned deep discounts and blocked e-commerce platforms from selling products through local companies in which they have ownership stakes.

But after a cacophonous first week that saw Amazon pull some product listings from its website and briefly halt its same-day grocery delivery service Amazon Pantry -- prompting customer complaints on social media -- the company has adjusted faster than anyone expected. All of the listings have returned.

The Jeff Bezos-owned company has reportedly decreased its stake in Cloudtail, a joint venture and the largest vendor on the Amazon site, to 24% from 49%. In turn, partner N.R. Narayana Murthy's Catamaran Ventures lifted its interest to 76%. The change means Cloudtail is no longer considered an Amazon group company under India's rules, making it once again eligible to sell on the platform.

Amazon is exploring a similar cut to its ownership of Appario, a joint venture with Ashok Patni Group, one of India's largest retailers.

Cloudtail will also sell its inventories on other marketplaces such as Snapdeal and ShopClues. In addition, according to industry sources, Amazon is offering incentives to some large sellers by cutting commissions.

Leading rival Flipkart, meanwhile, is in talks with large offline sellers and distributors for potential tie-ups, two sources with knowledge of the matter said. According to one source, it is also likely that Walmart may begin selling its products on the Flipkart platform through a third party in India, instead of directly listing on the website.

Analysts say that while it will take time for the impact of the new rules to become clear, they have been surprised by the swift reaction.

"The normalization of sales will [happen] faster than we had thought," said Satish Meena at Forrester Research. "We had expected them to take at least one to 1.5 months. They have clearly found a way out."

In a note released on Feb. 4, Morgan Stanley had said the new e-commerce regulations would increase the cost of doing business in India. Though the situation is fluid, Walmart could take a hit of 1.5% to 2% on earnings per share for the financial year ending March 2020, according to the note.

"Walmart is financially and strategically invested in India via Flipkart. We do not think it is considering walking away from its investment at this stage," Morgan Stanley wrote. "But, as Amazon did in China, it may make sense to potentially walk away if [Walmart] can't see a long-term path for profits."

The foreign direct investment rules that came into effect on Feb. 1 bar these companies from giving preferential treatment to suppliers. They also force them to apply cash-back incentives across the board, regardless of whether items are bought from a preferred seller. Until now, the platforms were able to offer the rebates on purchases from affiliates, prompting other sellers to complain about an uneven playing field.

The e-commerce giants had sought an extension to the Feb. 1 deadline to comply with the rules, but the government turned down the request.

The moves by Amazon and Flipkart to comply have irked both online rivals and small traders, who have frequently complained about the heavyweights' practices of selling through group companies, dangling major discounts and promoting favored sellers.

The All India Online Vendors Association said it was expected that the two companies would find loopholes in the policy. "They want to carry on multibrand retailing through these ways," the association said. "We are concerned because in doing so the marketplace is tilted to favor them through commercial and policy advantages in an unjust way.

"The problem is not only with current violators, as this can be potentially used as a business model by anyone and everyone and [the] solution doesn't lie through an unenforceable policy."

The Confederation of All India Traders also called Amazon's latest move a circumvention of new rules. The confederation said in a statement that it has gone to the Commerce Ministry with a demand to clarify that e-commerce platforms should not hold direct or indirect stakes in their vendors.

"These companies are known habitual offenders of policy and now they are trying ways and means to continue their unethical business practices by circumventing the policy to their advantage," said Praveen Khandelwal, the confederation's secretary-general. "The CAIT has sent a communication to Commerce Minister Shri Suresh Prabhu calling for his immediate intervention in the matter before it's too late."