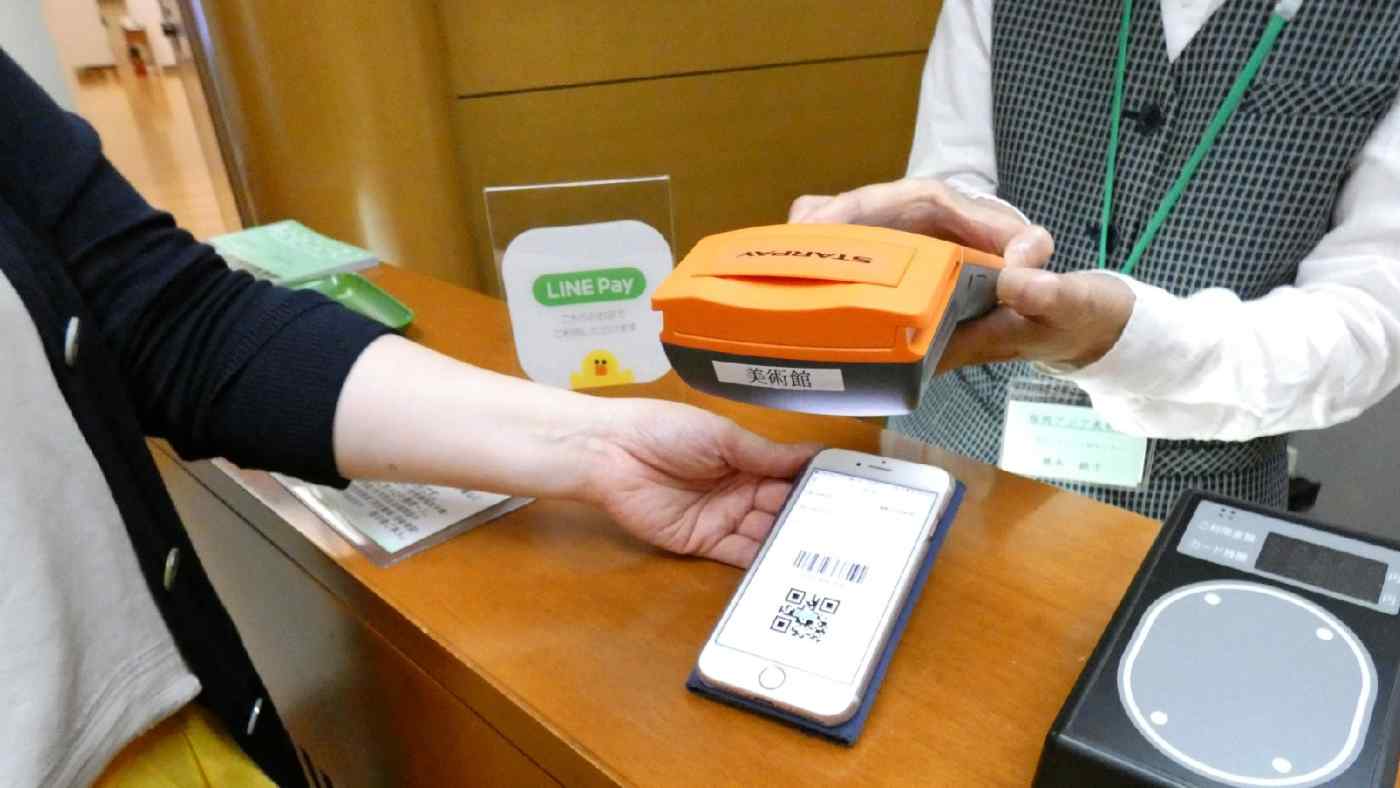 TOKYO -- Amazon.com and SoftBank will both roll out smartphone payment services in Japan over the coming months, it was learned Wednesday, contending to woo the smaller businesses critical to spreading mobile payments in a still cash-heavy society.

The platforms offered by the U.S. online retail giant and the Japanese tech and investment powerhouse will require minimal investment by merchants. That approach is friendly to smaller businesses -- a group that is estimated to account for about 90% of Japan's shops -- for whom obtaining specialized equipment is a heavy burden.

Through local arm Amazon Japan, the American company will introduce its Amazon Pay service to let Japanese brick-and-mortar shoppers use credit cards linked to their account with the retail site. Checkout staff will scan QR codes on customers' smartphones using tablets, eliminating the need to handle credit cards or for customers to provide a signature.

The service will get a trial run in the southern port city of Fukuoka next month in partnership with Tokyo-based cashless payment service company Nippon Pay, which will provide the necessary tablets to some 100 to 200 eateries or privately managed stores.

SoftBank said on July 27 it will deliver its service in partnership with Indian payment service Paytm and web company Yahoo Japan as soon as this fall. Customers or merchants apparently will both be able to scan QR codes displayed by the other party.

The mobile unit of SoftBank Group plans to use its nationwide sales network to build a roster of partner shops, and is expected to waive merchants' transaction fees for a limited time.

Mobile payments have "permeated" the Chinese market, Ken Miyauchi, the president of SoftBank, said recently. He urged Japanese merchants to strive to promote digitization as well.

Cashless payments comprise only about a fifth of Japan's total, even including credit-card transactions. In South Korea, they make up around 90% of the total, and in China about 60%. Tokyo aims to lift the national figure to 40% by 2027.

Japan presents a juicy target for overseas players. By 2023, its electronic payments market will grow to around 114 trillion yen ($1.03 trillion), up by just over half from 2017 levels, according to Nomura Research Institute.

Some existing options like Apple Pay, the service offered by the iPhone maker, and Mobile Suica, from East Japan Railway, require dedicated terminals, the costs of which can be heavy for small or midsize businesses compared to using QR codes, which require only a regular smartphone. The quality of mobile payment services is also improving as smartphones grow more powerful and the quality of the network communications environment grows.

Chat app operator Line and mobile provider NTT Docomo also offer QR code payments, and aim to use information gathered through their platforms in other services. "Connections with users and data gathered with their consent are valuable," Line's CEO Takeshi Idezawa has said.

With the competition stiffening, Line is waiving transaction fees for small and midsize businesses, as well as offering extra reward points for purchases for a limited period. As profit becomes harder to generate from transaction fees and similar methods, companies' ability to develop services by tying payment platforms into their existing operations is likely to play a large role in determining the winners.

Amid concerns that businesses' different types of QR codes could cause confusion, the Ministry of Economy, Trade and Industry has formed a Commission for Promotion of Cashless Settlement, which will discuss uniform standards for the codes. The body includes about 150 businesses, including mobile phone and internet companies.