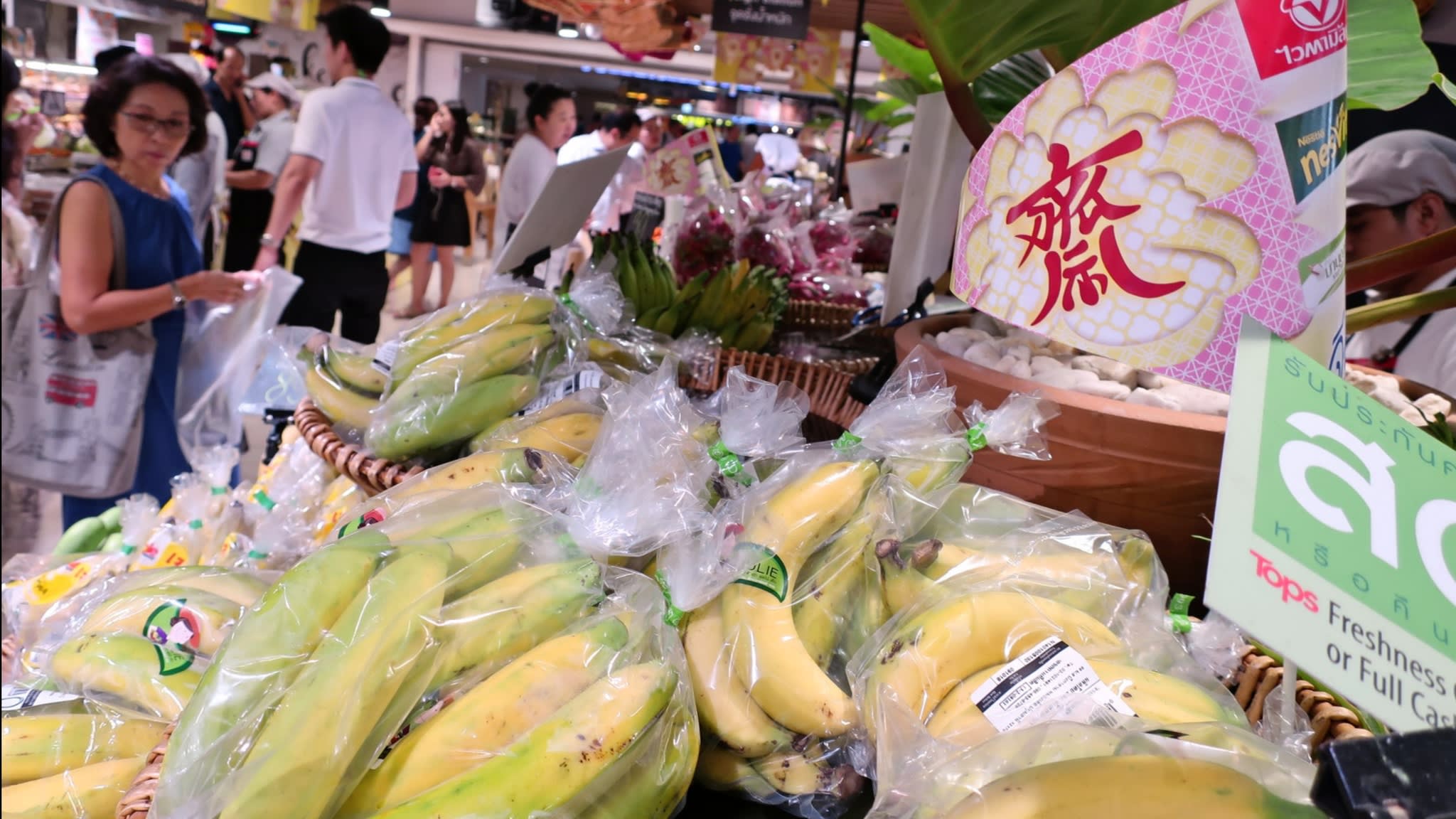 Demand for vegetarian food rose sharply in conjunction with this year's nine-day Teskan Gin Jay vegetarian festival, a period of abstinence from meat, alcohol and other "vices" originally observed by ethnic Chinese but now celebrated throughout the country.

In 2018, festival-related sales in Bangkok grew to 4.65 billion baht ($142 million), up 3% compared to a year ago, a trend not lost on retailers and food companies.

Yellow point-of-purchase displays began appearing in Bangkok supermarkets and other shops in early October indicating the availability of food for Gin Jay.

Festivalgoers are treated to some particularly bizarre sights on the southern tourist island of Phuket, where people partake in ascetic rituals such as firewalking and piercing of cheeks with steel bars and other objects. 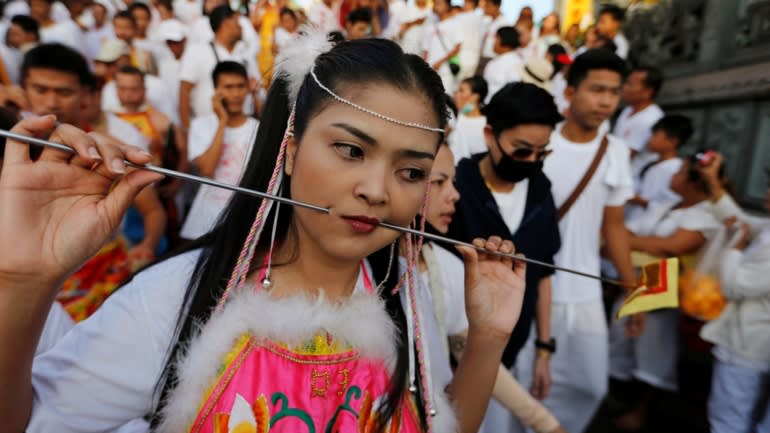 A devotee of a Chinese shrine displays her cheek piercings during the annual Teskan Gin Jay festival on Phuket.   © Reuters

The festival's growing popularity among the non-Chinese population is providing a tailwind to the country's vegetarian food market. According to a recent survey by Kasikorn Research Center, also known as KResearch, the number of people who said they eat vegetarian during Gin Jay has grown about sixfold to 7 million since 2009 -- about 10% of the country's population. In Bangkok, the figure goes up to around 15%.

Abstaining from meat, fish and alcohol is believed to cleanse one's body and the number of Thais eschewing these items is increasing. About 60% of Bangkok respondents say they are interested in a vegan diet, according to the survey. Many of the respondents aged 25 or older expressed concern about eating too much meat.

KResearch said many people in Bangkok prefer to purchase prepared Gin Jay dishes rather than cook them at home, and are spending more on the specialty foods.

Anticipating more vegans in the future, Charoen Pokphand Foods and other Thai majors are expanding their vegetarian lineups, with some now offering soy-based meat substitutes.